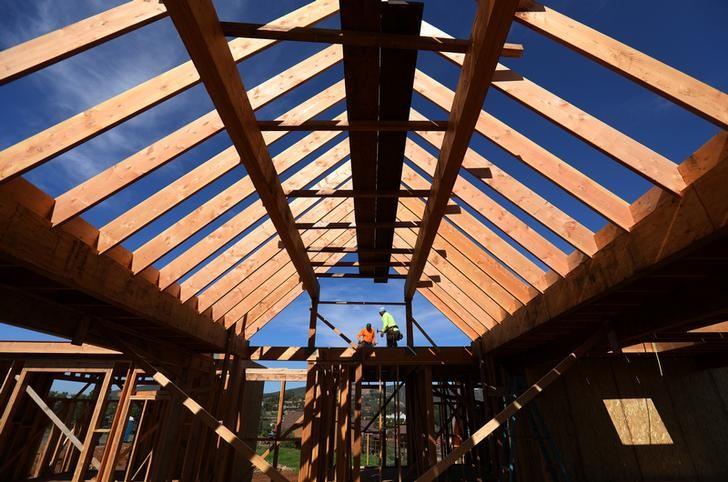 WASHINGTON (Reuters) – U.S. homebuilding fell more than expected in February as a plunge in the construction of multi-family housing units offset a second straight monthly increase in single-family projects.

Housing starts declined 7.0 percent to a seasonally adjusted annual rate of 1.236 million units, the Commerce Department said on Friday. Data for January was revised up slightly to show groundbreaking increasing to a 1.329 million-unit pace instead of the previously reported 1.326 million units.

Economists polled by Reuters had forecast housing starts falling to a pace of 1.290 million units last month. Permits for future home building decreased 5.7 percent to a rate of 1.298 million units in February.

U.S. financial markets were little moved by the data.

While the volatile multi-family housing segment accounted for the decline in home building last month, the broader housing market appears to be slowing.

Sales of both new and previously owned homes have slumped in recent months as a dearth of properties on the market pushed up prices, sidelining some first-time home buyers. House price gains topped 6.0 percent in December.

Mortgage rates have also risen, with the 30-year fixed-rate currently averaging 4.44 percent, not too far from a four-year high of 4.46 percent, according to mortgage finance agency Freddie Mac. But the housing market remains underpinned by a robust labor market.

There is growing optimism that tightening job market conditions will translate into faster wage growth in the second half of this year. Annual wage growth has been stuck below 3.0 percent even as the unemployment rate has dropped to a 17-year low of 4.1 percent.

Single-family homebuilding, which accounts for the largest share of the housing market, increased 2.9 percent to a rate of 902,000 units in February. Single-family home construction rose in the Northeast, South and West, but tumbled in the Midwest.

A survey on Thursday showed confidence among homebuilders dipping in March, but remaining in strong territory. Builders were less upbeat about sales and buyer traffic over the next six months.

Housing completions increased 7.8 percent to a rate of 1.319 million units in February. That was the highest level since January 2008. The number of single-family houses completed last month was the highest since March 2008.

There were 501,000 single-family housing units under construction in February, the most since June 2008. This should help to alleviate some of the property shortage and probably slow the house price inflation.