WASHINGTON/PARIS (Reuters) – The United States on Thursday said it will impose tariffs on aluminum and steel imports from Canada, Mexico and the European Union, reigniting investor fears of a global trade war as Washington’s allies took steps to retaliate against U.S. goods.

The move, announced by U.S. Commerce Secretary Wilbur Ross in a telephone briefing on Thursday, ended months of uncertainty about potential tariff exemptions and suggested a hardening of the Trump administration’s approach to trade negotiations.

It also sent a chill through financial markets, with the Dow Jones Industrial Average down about 1 percent and the S&P 500 off around 0.6 percent. Shares of industrial heavyweights Boeing fell 1.5 percent while those of Caterpillar shed 2 percent.

“We look forward to continued negotiations, both with Canada and Mexico on the one hand, and with the European Commission on the other hand, because there are other issues that we also need to get resolved,” he said.

Ottawa will also challenge the tariffs under NAFTA and World Trade Organization rules, she said.

Mexico announced what it described as “equivalent” measures on a wide range of U.S. farm and industrial products.

The measures, which target pork legs, apples, grapes and cheese as well as steel and other products, will be in place until the U.S. government eliminates its tariffs, Mexico’s Economy Ministry said.

The Mexican peso dropped about 1 percent and the Canadian dollar shed about 0.6 percent. At its low, the peso was at its weakest against the dollar in nearly 15 months. The European Union has threatened tariffs on Harley Davidson motorcycles and bourbon, measures aimed at the political bases of U.S. Republican legislators.

“This (U.S.) measure brings the danger of a spiral of escalation, which in the end harms everyone,” German government spokesman Steffen Seibert said in a statement, adding that Germany would continue to push for free trade and open markets.

EU members have given broad support to a European Commission plan to set duties on 2.8 billion euros ($3.4 billion) of U.S. exports if Washington ends the tariff exemption. EU exports potentially subject to U.S. duties are worth 6.4 billion euros ($7.5 billion).

“It’s entirely up to U.S authorities whether they want to enter into a trade conflict with their biggest partner, Europe,” France’s Finance Minister Bruno Le Maire said after meeting with Ross on Thursday.

FILE PHOTO: A red-hot steel plate passes through a press at the ArcelorMittal steel plant in Ghent, Belgium, May 22, 2018. REUTERS/Yves Herman/File Photo

U.S. President Donald Trump announced the tariffs in March as part of an effort to protect U.S. industry and workers from what he described as unfair international competition, a key theme of his “America First” agenda.

Temporary exemptions were granted to a number of nations and permanent ones to several countries including Australia, Argentina and South Korea. U.S. trading partners had demanded that the exemptions be extended or made permanent.

The tariffs are aimed at allowing the U.S. steel and aluminum industries to increase their capacity utilization rates above 80 percent for the first time in years.

Although many in the U.S. business community have reacted with alarm, Trump’s actions have won him favor in the domestic steel and aluminum industry.

On Thursday, shares of U.S. Steel Corp were up 1.1 percent while those of Nucor Corp gained 0.3 percent. AK Steel fell 2 percent and Steel Dynamics Inc was down 0.9 percent. Shares of Century Aluminum Co jumped 2.9 percent but Alcoa Corp shed 0.9 percent.

The U.S. administration also launched a national security investigation last week into car and truck imports, using the same 1962 law it has applied to curb incoming steel and aluminum.

“The Trump administration seems to regard overt threats, including tariffs and repudiation of previous agreements, as a key element for gaining leverage in trade negotiations,” said Eswar Prasad, a former head of the International Monetary Fund’s China division and now a professor at Cornell University.

Prasad, however, warned that the United States was doing so at the cost of alienating key allies and undercutting broad international pressure on China to change its trade and economic practices. 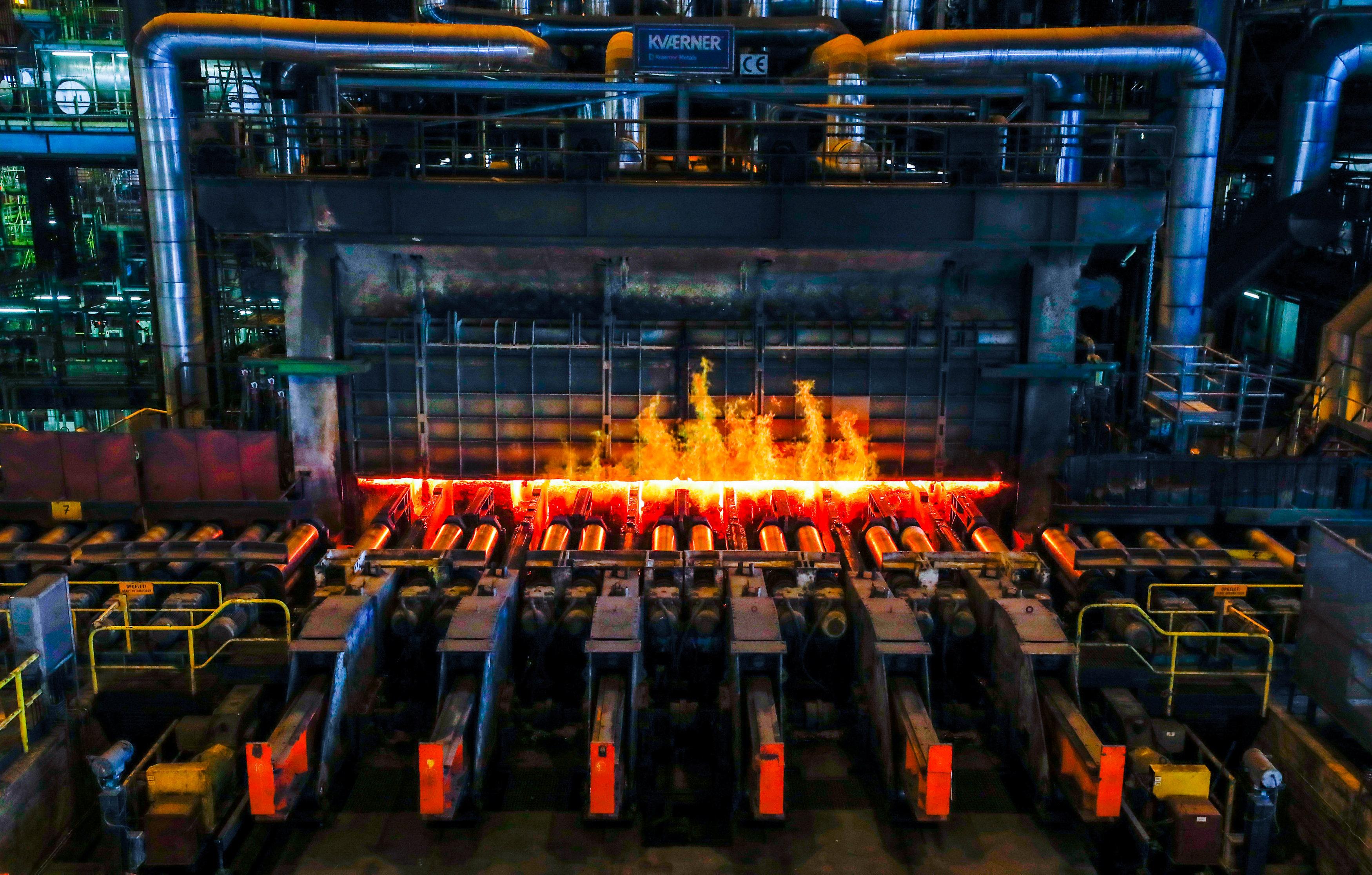 Ross himself heads to Beijing on Friday where he will attempt to get firm deals to export more U.S. goods in a bid to cut America’s $375 billion trade deficit with China.

The Trump administration has demanded that Beijing make concessions and threatened to punish it for allegedly stealing U.S. technology by imposing tariffs on $50 billion of imports from China.