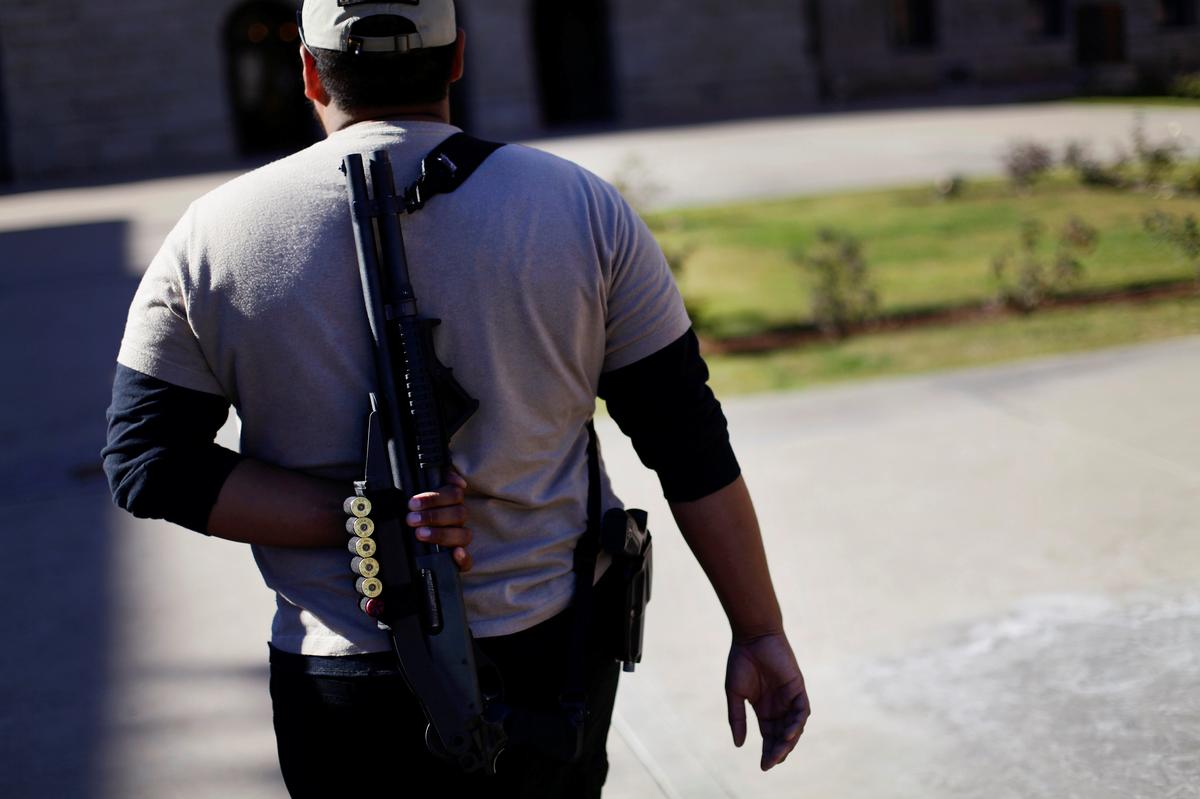 (Reuters) – Remington Outdoor Co Inc [FREDM.UL], one of the largest U.S. makers of firearms, filed for bankruptcy protection on Sunday to carry out a debt-cutting deal with creditors amid mounting public pressure for greater gun control.

The company’s chief financial officer, Stephen Jackson, said in court papers that Remington’s sales fell significantly in the year before its bankruptcy, and that the company was having difficulty meeting requirements from its lenders.

Remington, America’s oldest gunmaker, announced in February it would reduce its $950 million debtload in a deal that will transfer control of the company to creditors. The company plans to wrap up its bankruptcy as soon as May 3, according to court papers.

The filing comes after a Feb. 14 shooting at a Parkland, Florida high school that killed 17 and spurred an intense campaign for gun control by activists.

The massacre led to huge U.S. anti-gun rallies by hundreds of thousands of young Americans on Saturday.

In some of the biggest U.S. youth demonstrations for decades, protesters called on lawmakers and President Donald Trump to confront the issue. Voter registration activists fanned out in the crowds, signing up thousands of the nation’s newest voters.

Major U.S. companies and retailers have taken some steps to restrict firearm sales.

Citigroup Inc (C.N) said last week it will require new retail-sector clients to sell firearms only to customers who passed background checks and to bar sales of high-capacity magazines.

Citi also said it was restricting sales for buyers under 21, a move adopted by other large retailers, while Kroger Co’s (KR.N) superstore chain Fred Meyer said it will stop selling firearms entirely.

The creditors inked the debt-cutting deal prior to the Parkland shooting, and it is unclear if any have exited. The restructuring support agreement allows creditors to sell their holdings, but the buyer is bound by the deal.

One investor told IFR, a Thomson Reuters news provider, that his firm had contemplated buying the Remington loans that will be exchanged into equity, which were offered at as low as 25 cents on the dollar.

“We bowed out because we were uncomfortable,” he said.

After a Remington Bushmaster rifle was used in the Sandy Hook elementary school shooting in Connecticut in 2012 that killed 20 children and six adults, Cerberus tried unsuccessfully to sell Remington, then known as Freedom Group.

Katie-Mesner Hage, an attorney representing Sandy Hook families in a lawsuit against Remington, said in a prepared statement that she did not expect the gunmaker’s bankruptcy would affect their case.

Remington and other gunmakers have suffered from slumping sales in the past year as fears of stricter gun laws have faded.

The chief executive of American Outdoor Brands Corp (AOBC.O), maker of the Smith & Wesson gun used in the Parkland shooting, said on March 1 that some gun retailers reported increased sales after the Florida school shooting.

Remington filed for Chapter 11 bankruptcy in the U.S. Bankruptcy Court for the District of Delaware.