LA MALBAIE, Quebec (Reuters) – The United States and European Union will establish a dialogue on trade within the next two weeks, a French official said on Friday, signaling a modest step forward for bitterly divided allies at a Group of Seven summit in Canada.

U.S. trading partners have been furious over President Donald Trump’s decision last week to impose tariffs on steel and aluminum imports from Canada, the European Union and Mexico as part of his “America First” agenda. Some countries have retaliated with their own levies on U.S. imports.

“The principle of a dialogue was agreed this afternoon,” the French official told reporters. “Everyone agreed, including President Trump.”

While G7 leaders confronted Trump with a slew of data on imports and exports in a bid to sway his thinking, Trump countered his own numbers and held his position that the United States was at a disadvantage on international trade, an official who followed the talks said.

But Trump struck a more affable tone after a meeting with French President Emmanuel Macron, saying the French leader was helping work out trade issues.

“Something’s going to happen. I think it will be very positive,” Trump said, without giving details.

Macron said it was possible to advance the trade issues that have split the U.S. and its allies.

“I think, on trade, there is … a way to progress all together,” he told reporters after his meeting with Trump. “I saw the willingness on all the sides to find agreements and have a win-win approach for our people, our workers, and our middle classes.”

German Chancellor Angela Merkel on Friday floated an idea to set up a way to resolve trade disputes between the United States and its allies. An official described Merkel’s suggestion as a “shared assessment and dialogue” mechanism, but gave no further details. It was unclear if the technical talks were part of her initiative.

The proposal was supported by other leaders present, the official said. European Commission President Jean-Claude Juncker offered to visit Washington for an assessment of EU-US trade to help resolve the dispute, an official said.

Expectations for a major breakthrough on trade at the summit, however, remain low, with U.S. allies focused on avoiding rupturing the G7, which in its 42-year history has tended to seek consensus on major issues.

“It’s highly unlikely there will be a final communique,” a G7 official said on condition of anonymity.

Merkel said it was not clear whether the group would issue a final directive, adding that failure to do so would be an honest reflection of the lack of agreement among Canada, the United States, Japan, Britain, Italy, France and Germany. The EU is also attending the summit.

Trump had set a combative tone before leaving Washington on Friday, saying he was “going to deal with the unfair trade practices” of other G7 members.

But he was more affable after meeting Macron and Trudeau, swapping jokes with the latter before the media though neither budged on their trade positions.

“We’ve had really a very good relationship, very special,” the U.S. president said of Macron, a day after the two leaders had exchanged terse messages on Twitter. “We have little tests every once in a while when it comes to trade.”

Merkel and Trump also had a brief conversation at the summit but no bilateral meeting.

Trump’s “America First” message to allies has hardened since he brought hardline national security adviser John Bolton on to his team.

G7 chiefs have largely praised Trump for his efforts to stabilize the Korean peninsula, but they are unhappy he pulled out of an international agreement to limit Iran’s nuclear ambitions.

Canada and the EU have denounced the U.S. tariffs and Ottawa has proposed levies on a range of U.S. goods next month while the EU has pledged its own retaliatory measures.

British Prime Minister Theresa May on Friday warned both Trump and the EU of the dangers of entering a tit-for-tat trade war over tariffs, urging both sides to instead focus on China’s excess steel production.

Canadian Foreign Minister Chrystia Freeland said her country “will not change its mind when it comes to the illegal” application of tariffs.

The spat has financial markets worried about tit-for-tit escalation.

Investors are also concerned about the future of the North American Free Trade Agreement, which Trump has threatened to terminate. Canada and Mexico, the other members of the 1994 pact, have been frustrated by the slow pace of talks to renegotiate NAFTA.

Relations with Russia also became an issue at the summit after Trump on Friday said the country should be allowed to again attend meetings with the G7, an idea that did not gain much traction at the meeting and was not formally raised.

Russia was suspended from group in 2014 because of its annexation of Crimea from Ukraine. Trump said Russia should be readmitted, but even Moscow seemed to reject that suggestion.

Merkel said EU countries at the summit agreed that the conditions to readmit Russia had not been met. 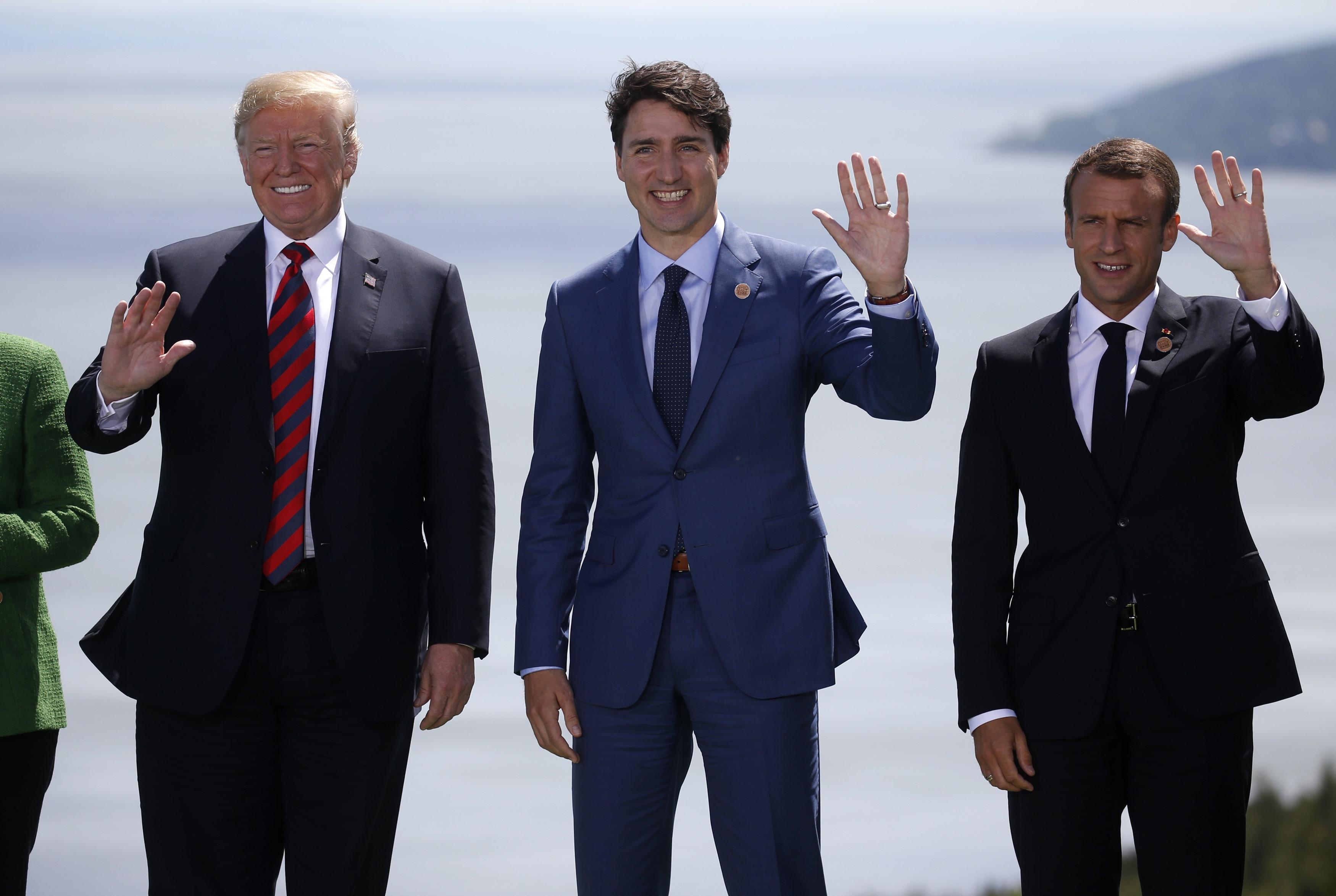