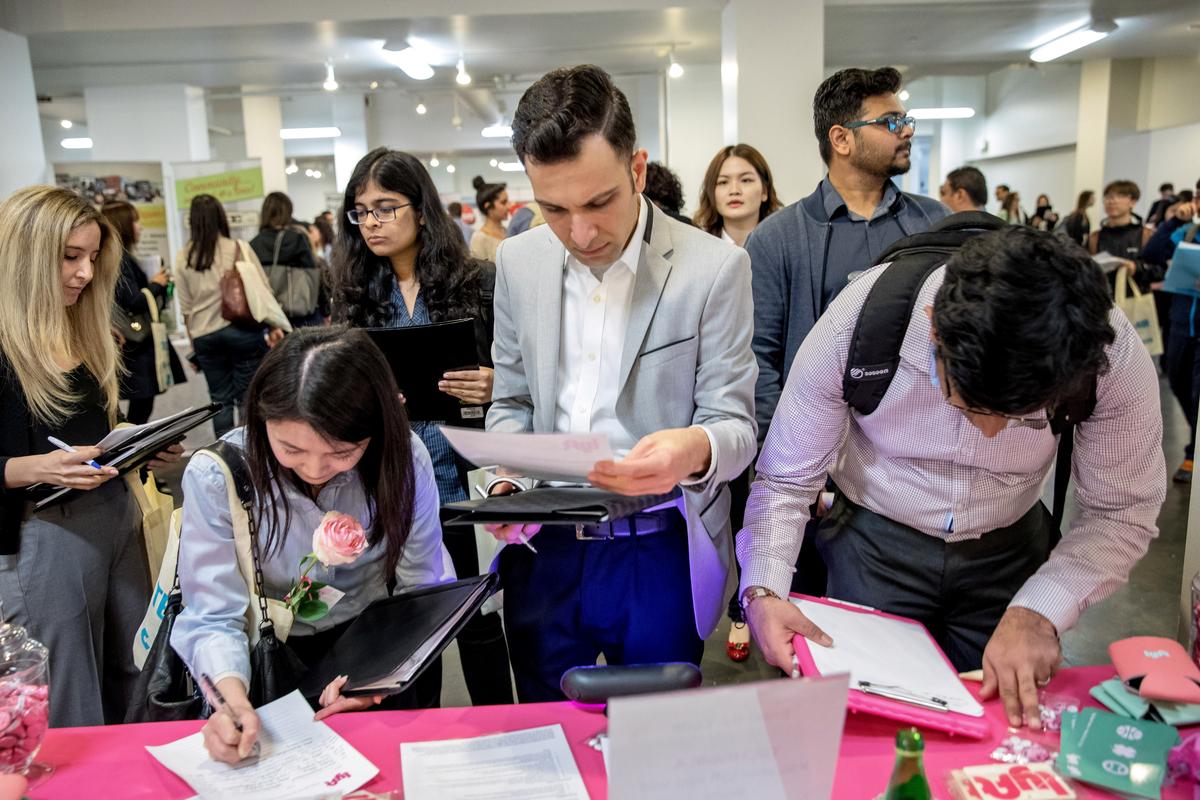 WASHINGTON (Reuters) – The U.S. economy added the biggest number of jobs in more than 1-1/2 years in February, but a slowdown in wage growth pointed to only a gradual increase in inflation this year.

Nonfarm payrolls jumped by 313,000 jobs last month, boosted by the largest rise in construction jobs since 2007, the Labor Department said on Friday.

The payrolls gain was the most since July 2016 and triple the roughly 100,000 jobs the economy needs to create each month to keep up with growth in the working-age population. Data for December and January were revised to show the economy creating 54,000 more jobs than previously reported.

The blowout payrolls number cemented expectations the Federal Reserve will increase interest rates at its March 20-21 policy meeting. Sluggish wage growth, however, left economists divided on whether the U.S. central bank would upgrade its rate forecast for this year to four hikes from three.

“While the employment gains unequivocally suggest underlying strength in the economy, wage gains remain muted enough for the Fed to continue with an only gradual normalization of the policy stance. Stock markets are reacting accordingly,” said Harm Bandholz, chief U.S. economist at UniCredit Bank in New York.

The unemployment rate was unchanged at a 17-year low of 4.1 percent in February for a fifth straight month as 806,000 people entered the labor force in a sign of confidence in the job market. The average workweek rebounded to 34.5 hours after falling to 34.4 hours in January.

Speculation that the central bank would upgrade its rate projections was stoked by Fed Chairman Jerome Powell when he told lawmakers last week that “my personal outlook for the economy has strengthened since December.”

Although Powell said there was no evidence of the economy overheating, he added “the thing we don’t want to have happen is to get behind the curve.”

Some economists expect the Fed to raise borrowing costs four times this year, arguing that wage growth was actually running stronger than suggested by average hourly earnings, which tend to be volatile on a monthly basis. Average hourly earnings for production and non-supervisory workers, which economists say are better measured, increased 0.3 percent in February.

“In spite of the modestly softer February figure, for the first two months of the quarter, the headline average hourly earnings number is increasing at a 3.3 percent annual rate, which would make it the strongest quarter of the expansion,” said Michael Feroli, an economist at JPMorgan in New York.

Economists polled by Reuters had forecast payrolls rising by 200,000 jobs last month and the unemployment rate falling to 4.0 percent. Average hourly earnings had been expected to increase 0.2 percent in February.

Stocks on Wall Street rallied on the tepid wages data, with the Nasdaq Composite index .IXIC hitting a record high.

U.S. Treasury yields rose as investors focused on the robust payrolls number. The dollar .DXY slipped against a basket of currencies.

The employment report suggested the economy remained strong despite weak consumer spending, home sales and industrial production and a wider trade deficit in January that prompted economists to lower their first-quarter growth estimates.

Gross domestic product estimates for the January-March quarter are around a 2 percent annualized rate. The economy grew at a 2.5 percent pace in the fourth quarter. But revisions to December data on construction spending, factory orders and wholesale inventory have suggested the fourth-quarter growth estimate could be raised to a 3.0 percent pace.

The full impact of the tax cuts and a planned increase in government spending has yet to be felt, and the hot job market could heighten fears of the economy overheating.

“The economy is simply too strong,” said Chris Rupkey, chief economist at MUFG in New York. “There’s no reason whatsoever for the Fed to have a stimulative monetary policy at this stage of the business cycle.”

Economists expect the unemployment rate to fall to 3.5 percent this year. The labor force participation rate, or the proportion of working-age Americans who have a job or are looking for one, rose three-tenths of a percentage point to a five-month high of 63.0 percent in February.

An even broader gauge of labor market health, the percentage of working-age Americans with a job, increased to 60.4 percent last month from 60.1 percent in January.

Employment gains were led by the construction sector, which added 61,000 jobs, the most since March 2007. Hiring at construction sites was likely boosted by unseasonably mild weather in February.

Manufacturing payrolls increased by 31,000 jobs, rising for a seventh straight month. Retail payrolls jumped by 50,300, the largest increase since February 2016.

Government employment increased by 26,000 jobs last month, with hiring of teachers by local governments accounting for the bulk of the rise. There were also increases in payrolls for professional and business services, leisure and hospitality as well as healthcare and social assistance.

Financial sector payrolls increased by 28,000 last month, the most since October 2005.