LONDON (Reuters) – Wall Street looked set for a surge on Wednesday and global stocks rose after sharp U.S. election gains for the opposition Democrats, but the outcome, which casts doubt on further tax cuts, hit the dollar and sent Treasury yields lower.

The Democrats looked headed for a gain of more than 30 seats, well beyond the 23 they needed to claim their first majority in the House in eight years. With President Donald Trump’s Republican party holding onto its Senate majority, the results from Tuesday’s elections were in line with expectations.

While gridlock in Washington could hamper Trump’s political and economic agenda, few expect a reversal of tax cutting and financial deregulation measures that have already been enacted.

That view put all three New York equity indices on track for a strong opening, with S&P500 and Nasdaq futures up 1 percent and 1.3 percent respectively ESc1 NQc1 while the Dow Jones was set to open up 0.8 percent YMc1 by 1030 GMT.

“The good news in a way for markets is that there was an uncertainty that’s now been removed. We know where we stand for the next two years, and investors will focus back on the fundamentals, which are (company) earnings growth and the economy,” said Guy Miller, chief market strategist at Zurich Insurance Group.

After volatile Asian trade, where stocks and the dollar swung on the Republicans’ fluctuating prospects, a pan-European stocks benchmark jumped around one percent while MSCI’s world equity index was up 0.5 percent .MIWD00000PUS.

Sylvain Goyon, head of equity strategy at the Oddo brokerage in Paris, said many investors had been on the sidelines before the election, due to what he called “an uncertainty premium”.

“Now it’s behind us, there’s a good reason for them to get back to the market,” he said.

Most analysts agree the newly empowered House Democrats will have the ability to investigate Trump’s tax returns, possible business conflicts of interest and allegations involving his 2016 campaign’s links to Russia. 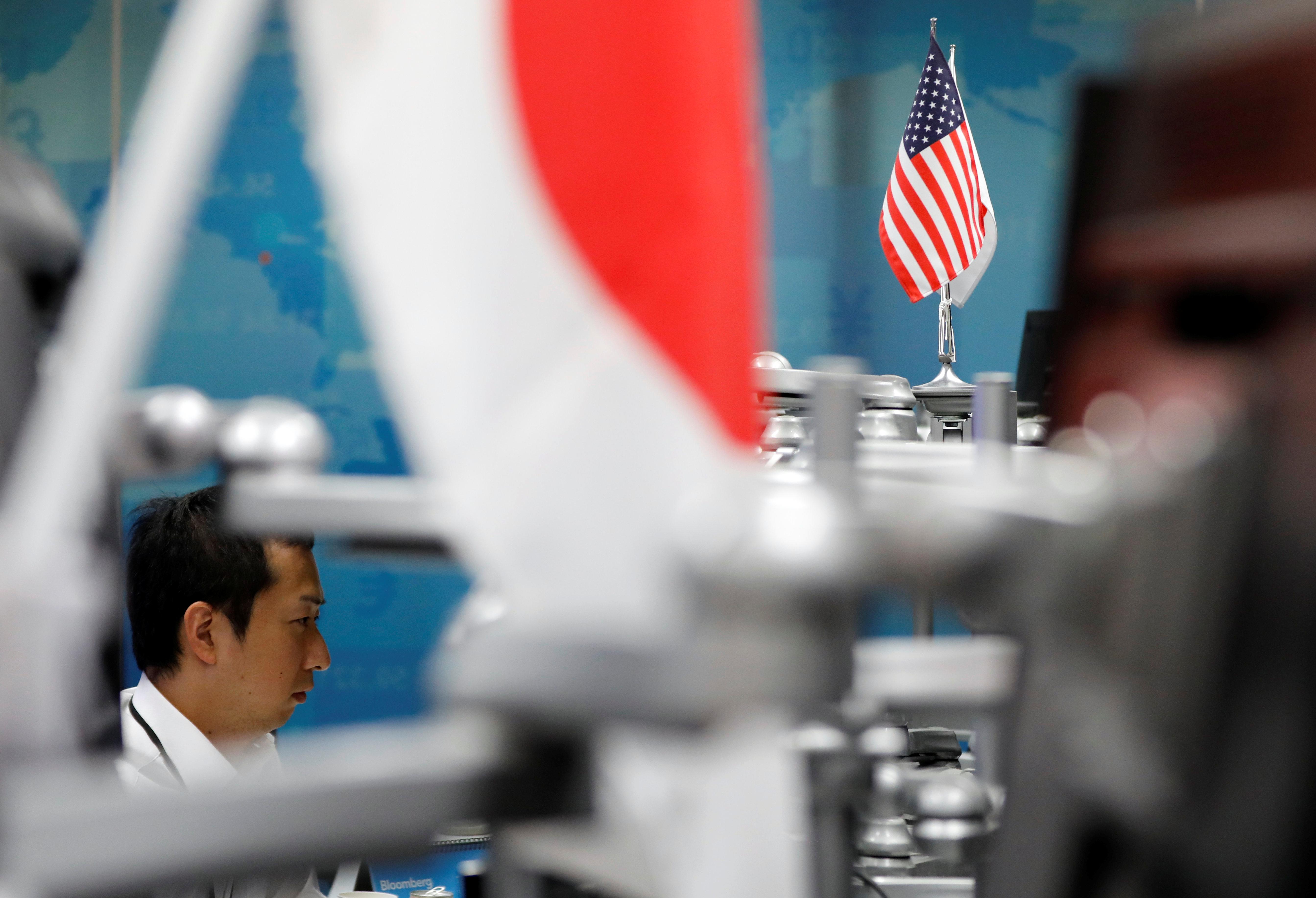 Moreover, a split Congress will be able to hamper Trump’s push for a further round of tax cuts and deregulation – measures that have turbo-charged the U.S. economy, stock markets and the dollar.

The Fed is expected to signal this week that an interest rate rise remains on the agenda for December.

“Certainly it is now unlikely we will see additional fiscal stimulus in the near-term, that’s a profound change but there will be no repeal of what’s already in place,” Miller said.

That view pushed the dollar 0.6 percent lower against a basket of currencies .DXY while 10-year U.S. Treasury bond yields fell to a low of 3.176 percent US10YT=RR as it became clear that more fiscal stimulus was unlikely.

An initial knee-jerk rise to 3.25 percent came after early reports of a better-than-expected performance by the Republicans, but that move soon fizzled as results trickled in.

Bond markets may remain under pressure from this week’s record volumes of longer-dated government debt supply and the yawning Federal deficit. Many also reckon more spending increases are still possible.

“Even with a split government, I expect more fiscal stimulus ahead. There is some possibility for compromise on infrastructure spending as well,” said Steve Friedman, a senior economist at BNP Paribas Asset Management.

Attention will also focus on Trump’s hard line on trade tariffs, which he can impose without Congressional approval. That keeps alive worries about a trade war between China and the United States.

“We would argue that if Trump can do less on the domestic front, he is more likely to focus on external matters such as trade, which will impact risk sentiment,” said Patrick O’Donnell, investment manager at Aberdeen Asset Management in London.

The dollar’s weakness boosted other currencies. Against the yen, the greenback eased 0.4 percent to 113.06 JPY=, reversing earlier gains to a one-month high of 113.82 yen.

The euro rose 0.6 percent to $1.1496 EUR=, a two-week high, while the British pound GBP=D3 gained 0.5 percent to $1.3168, rising for a third straight day after a BBC report that Britain was preparing for a Brexit deal by end-November.

Oil prices were soft after a 2 percent fall the previous day, with Brent crude LCOc1 futures down 0.25 percent to just below $72 a barrel .