(Reuters) – Cyber Monday sales were on course to bring in a record $9.4 billion, according to early estimates, building on a bumper Black Friday weekend for U.S. retailers driven by earlier-than-usual promotions and free shipping.

Shoppers have already had nearly a month of offers and deals as retailers look to draw out their vital holiday season, which is six days shorter this year due to a late Thanksgiving.

Adobe Analytics on Monday predicted that $72.1 billion has been spent online in the past month, with Cyber Monday – now traditionally the U.S. economy’s biggest internet shopping day – logging $473 million as of 9 a.m. ET.

Amazon.com Inc and rivals such as Target Corp and Walmart have beefed up delivery services to fulfill online orders more quickly.

“At the end of the day, Cyber Monday is just Black Friday revisited so the momentum, and the deals, really started last week,” said Carol Spieckerman, president at consultancy Spieckerman Retail.

“Retailers’ click and collect capabilities are running more efficiently, online shopping is more intuitive… Amazon isn’t the only one wearing the convenience crown this year.”

It may not all be smooth sailing for the world’s biggest online retailer. Protesters, who have described poor treatment of workers at its warehouses and rising climate emissions from the company’s push for speedier deliveries, marched outside company chief Jeff Bezos’ Fifth Avenue penthouse in New York City on Monday. “We’re humans, not robots,” read one sign.

Amazon spokeswoman Kristen Kish said that unions and groups funded by competitors were “conjuring misinformation” about Amazon, which had industry-leading pay and benefits, including a $15 minimum starting wage. The company aims to be carbon neutral by 2040.

Reuters has found its use of planes is on the rise.

Activists also tried to blockade a shopping mall in Paris, denouncing the spread of Black Friday to European shores.

The National Retail Federation estimates nearly 69 million Americans will scour the web on Monday for deals on everything from mobile phones to kitchenware, with Adobe estimating the biggest discounts on televisions and computers. 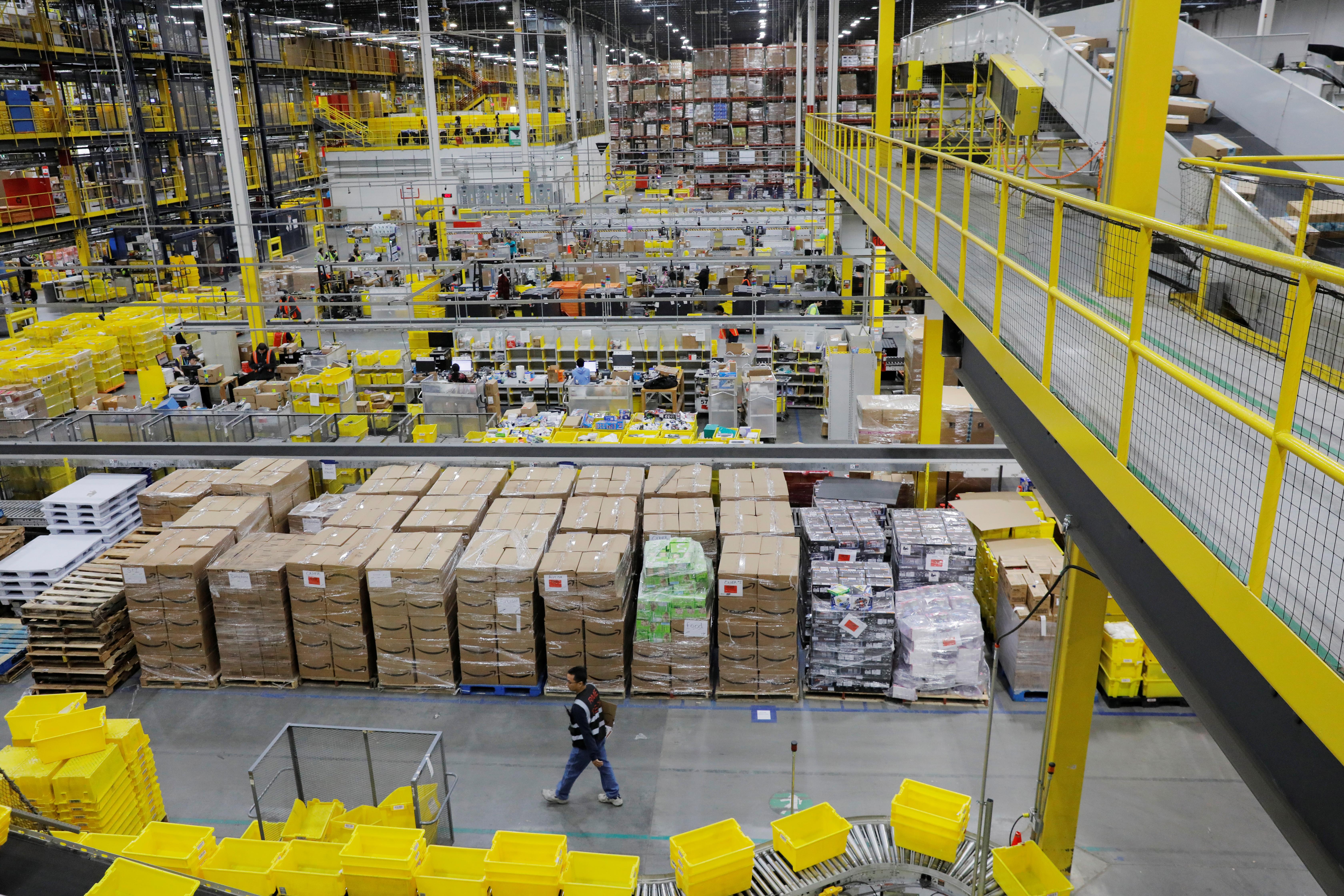 “#CyberMonday2019 The day of the year 85% of the U.S. population pretends to actually be working,” tweeted Erika Mayor, a user in Miami.

Ditching the Turkey: Thanksgiving Memories (and Misadventures) of Reporters Abroad