WASHINGTON (Reuters) – U.S. consumer sentiment tumbled in early January to its lowest level since President Donald Trump was elected more than two years ago as an ongoing partial shutdown of the federal government and financial market volatility stoked fears of a sharp deceleration in economic growth.

The drop in confidence reported by the University of Michigan on Friday is the clearest sign yet that the impasse in Washington over Trump’s demands for $5.7 billion to help build a wall on the United States’ border with Mexico was negatively impacting the economy. Trump has touted high consumer confidence as an indication of the good job he is doing on the economy.

While consumer sentiment remains relatively high, the gathering dark clouds over the economy could make households more cautious about spending, leading to slower growth. Consumer spending accounts for more than two-thirds of the U.S. economy.

“This report on consumer sentiment is the first concrete evidence that the economy is going to fall and fall hard if Washington does not end the shutdown,” said Chris Rupkey, chief economist at MUFG in New York. “It is going to be hard to see real GDP growth of more than 1 to 1-1/2 percent in the first quarter if the consumer goes on a buying strike.”

The longest government shutdown in the history of the United States has left some 800,000 government workers without a paycheck. Private contractors working for many government agencies are also without wages.

The University of Michigan said its consumer sentiment index fell 7.7 percent to a reading of 90.7 this month, the lowest reading since October 2016 and the steepest drop since September 2015. Economists had forecast a reading of a 97.0.

The survey’s measure of current economic conditions decreased to 110.0 from a reading of 116.1 in December. Its measure of consumer expectations tumbled to a reading of 78.3, the lowest since October 2016, from 87.0 in late December.The University of Michigan attributed the decline in sentiment to “a host of issues including the partial government shutdown, the impact of tariffs, instabilities in financial markets, the global slowdown, and the lack of clarity about monetary policies.”

It said that half of the survey’s respondents “believed that these events would have a negative impact on Trump’s ability to focus on economic growth.”

Economists estimate the partial shutdown of the government, which started on Dec. 22, is subtracting as much as two-tenths of a percentage point from quarterly GDP growth every week.

Other surveys have also shown an ebb in business sentiment.

“Sentiment among both households and businesses has been coming off the sugar highs, which were caused by tax cut hopes at the beginning of the Trump presidency,” said Harm Bandholz, chief U.S. economist at UniCredit in New York.

U.S. financial markets shrugged off the fall in sentiment, with investors focusing on another report on Friday showing manufacturing output surged by the most in 10 months in December and on hopes for progress in the U.S-China trade row.

Stocks on Wall Street rallied, while the dollar rose against a basket of currencies and U.S. Treasury prices fell.

The broad-based jump in manufacturing output in December reported by the Federal Reserve could allay fears of a sharp slowdown in factory activity.

Manufacturing activity, which accounts for about 12 percent of the economy, is slowing as some of the boost to capital spending from last year’s $1.5 trillion tax cut package fades. In addition, a strong dollar and cooling growth in Europe and China are hurting exports. Lower oil prices are also slowing purchases of equipment for oil and gas well drilling.

Production at factories increased at a 2.3 percent annualized rate in the fourth quarter after expanding at a 3.7 percent pace in the July-September period. It increased 2.4 percent in 2018, the largest gain since 2012, after advancing 1.2 percent in 2017.

“While the manufacturing strength in December is a favorable signal for the economy, we should keep in mind that it came after soft results in earlier months,” said Daniel Silver, an economist at JPMorgan in New York.

“A broad range of manufacturing surveys also have been weakening lately, so the strength in the manufacturing output in the December may prove to be short-lived.” 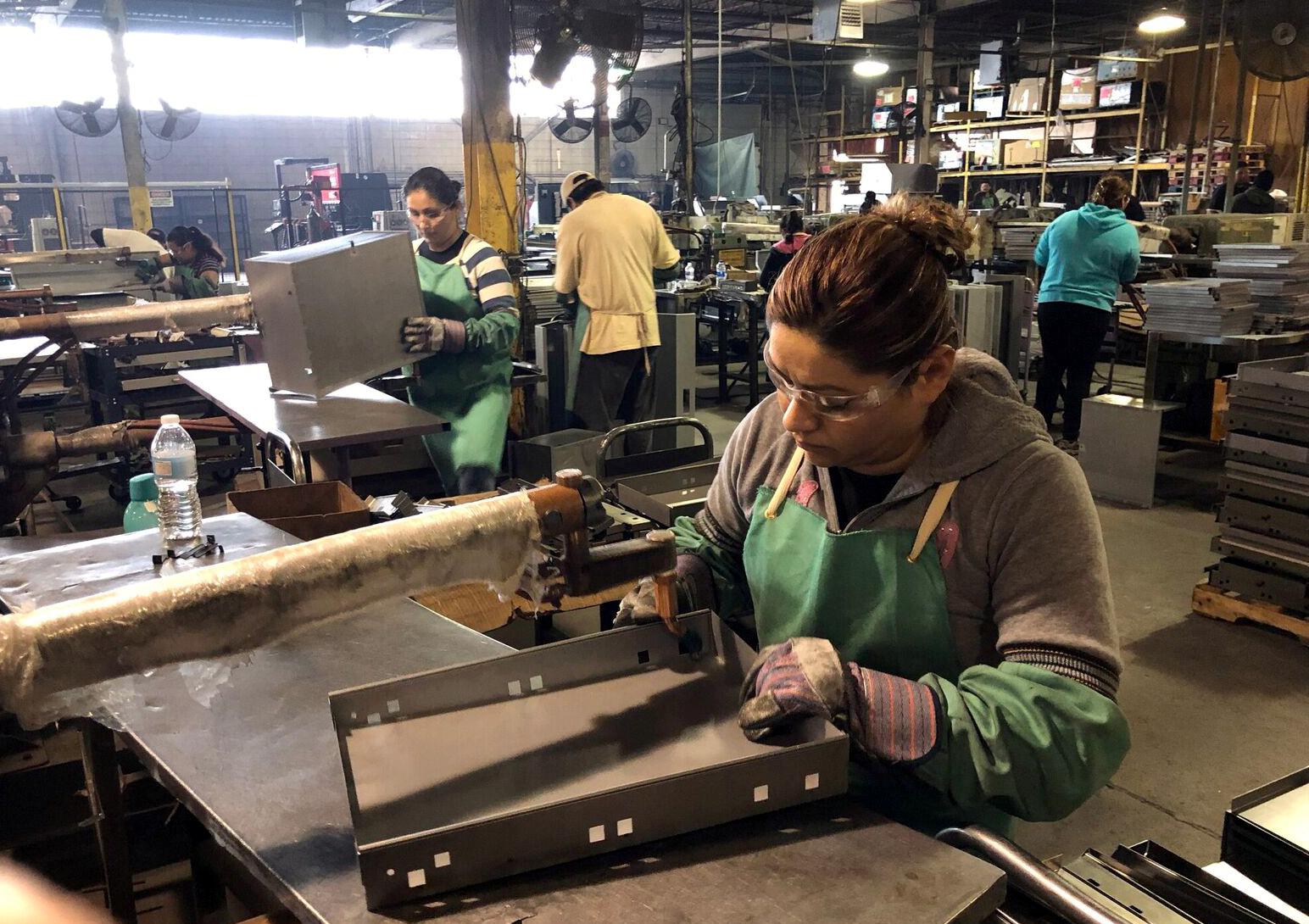 December’s surge in manufacturing output, together with a rise in mining production, offset a weather-related drop in utilities, leading to a 0.3 percent increase in industrial production. Industrial output rose 0.4 percent in November. It increased at a 3.8 percent rate in the fourth quarter after notching a 4.7 percent gain in the third quarter.