WASHINGTON (Reuters) – The top U.S. and Chinese trade negotiators resumed high-level talks on Thursday to hash out a deal that could end their trade war, just over a week before a U.S.-imposed deadline to reach agreement expires and triggers a new round of tariffs.

Reuters reported exclusively on Wednesday that the two sides are starting to sketch out what an agreement on structural issues might look like, drafting language for six memorandums of understanding on proposed Chinese reforms.

If the two sides fail to reach an agreement by March 1, U.S. tariffs on $200 billion worth of Chinese imports are set to rise to 25 percent from 10 percent. Tit-for tat tariffs between the world’s two largest economic powers have disrupted international trade and slowed the global economy since the trade war started seven months ago.

During a photo opportunity to mark the start of their talks on Thursday, U.S. Trade Representative Robert Lighthizer and Chinese Vice Premier Liu He faced each other silently across a table in the Eisenhower Executive Office Building next door to the White House.

At their sides were U.S. Treasury Secretary Steven Mnuchin, People’s Bank of China Governor Yi Gang and other cabinet-level officials from the two countries. They did not answer reporters’ questions.

It is unclear whether the latest round of talks, which are due to conclude on Friday, may be extended into next week, and where those future negotiations might occur.

U.S. President Donald Trump, who has embraced an “America First” policy as part of an effort to rebalance global trade, has said the March 1 deadline could be extended if enough progress is made.

The two sides remain far apart on demands by Trump’s administration for China to end practices on those issues that led Trump to start levying duties on Chinese imports in the first place.

Chinese President Xi Jinping would need to undertake difficult structural economic reforms to meet U.S. demands. The United States is offering no real concessions in return, other than to remove the tariff barriers Trump has imposed to force change from China.

For a FACTBOX on issues covered by the MOUs, see

One of Trump’s demands that is easier to fix for Beijing is to reduce the trade imbalance between the two nations. The U.S. trade deficit with China reached a record $382 billion through the first 11 months of 2018.

The two sides have reached consensus on how to alleviate the trade imbalances, several Chinese government sources said. Washington and Beijing are looking at a 10-item list for that, including additional Chinese purchases of agricultural produce, energy and goods such as semiconductors.

“Those proposals are all contingent upon a grand deal,” he said on the sidelines of the U.S. Department of Agriculture’s annual forum in Washington. 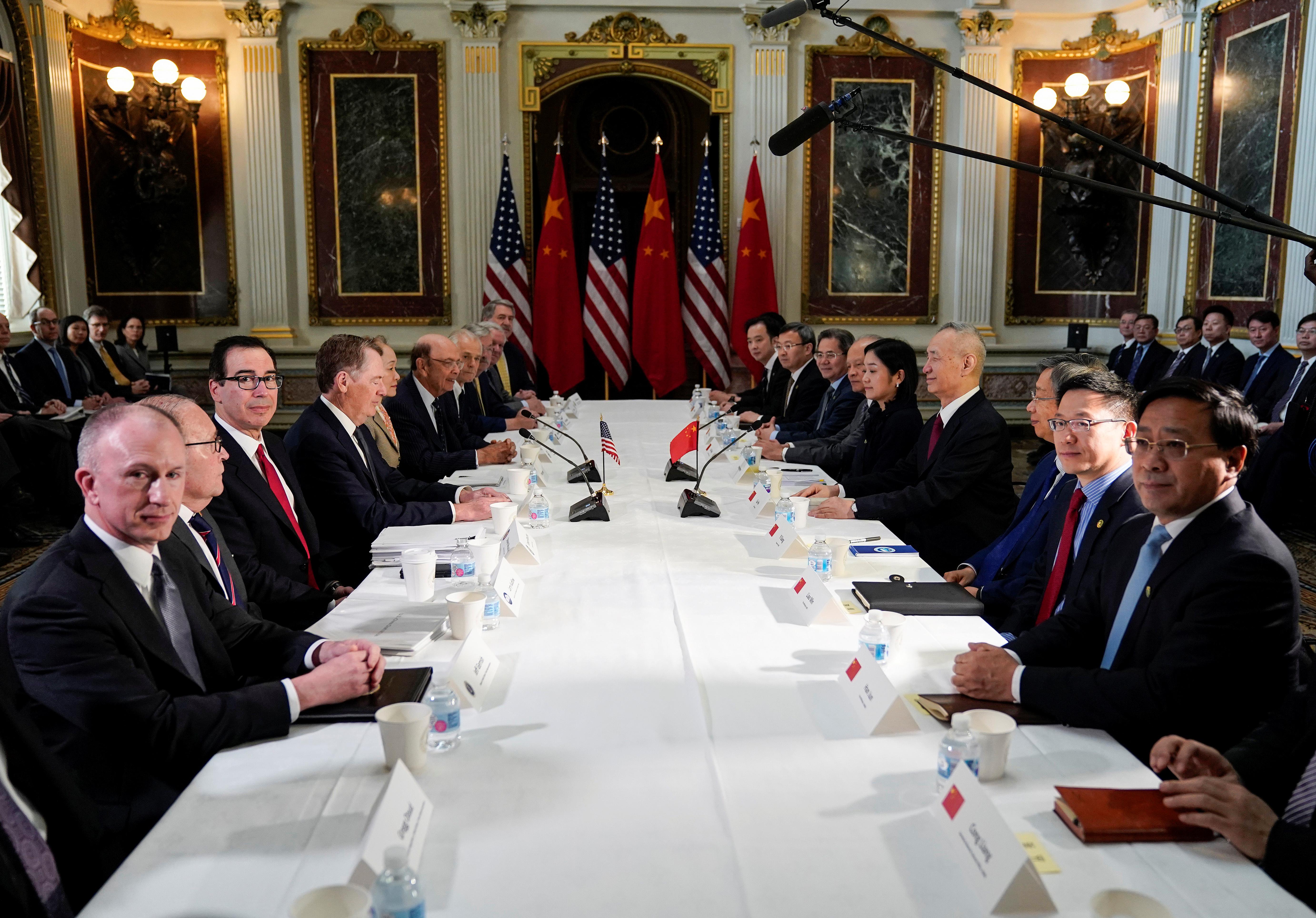 “The real issue is structural reforms regarding intellectual property, enforceability of those types of provisions.”

The United States could quickly recover its lost agricultural markets in China if a deal is struck, he said.

Perdue has overseen $12 billion in federal aid to U.S. farmers for losses they have sustained because of the trade war. China had all but halted purchases of U.S. soybeans, which were the single biggest U.S. agricultural export, worth around $12 billion in 2017.