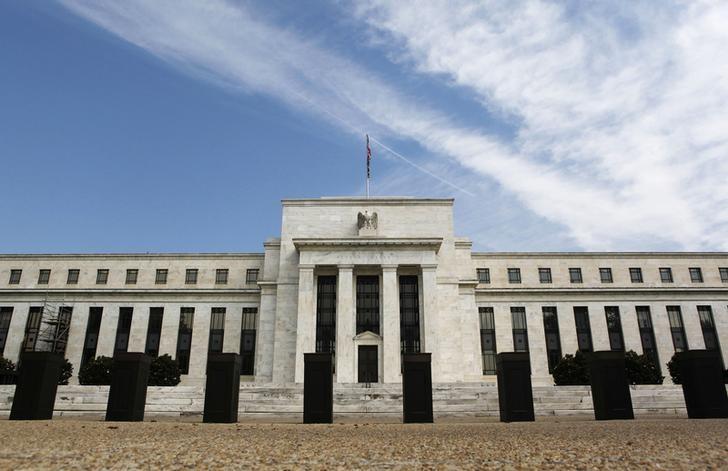 WASHINGTON (Reuters) – An easing of financial rules will soon unleash pent-up mergers and acquisitions among mid-sized U.S. banks, according to deal bankers, analysts and bank executives.

Deal activity in the sector has languished since the 2007-2009 financial crisis thanks to stricter rules on lenders with more than $50 billion in assets and aggressive enforcement of rules barring banks with compliance issues from expanding.

Lawmakers, spurred on by the leadership of Republican President Donald Trump, are set to raise the threshold for systemically important banks, making lenders that had capped growth to avoid the added compliance and capital costs more inclined to combine.

A bipartisan bill, expected to pass the U.S. Senate in coming weeks, will raise the threshold to $250 billion, the biggest change yet to the 2010 Dodd-Frank Wall Street Reform Act.

“To the extent that $50 billion gets up to $250 billion, as is being talked about, that will certainly help take a very large impediment out of the way and you’ll likely see more M&A activity,” said Rajinder Singh, chief executive of Miami Lakes-based BankUnited Inc (BKU.N), which has $30 billion in assets.

Regulators are also looking to expedite deal approvals and ease up on compliance issues that can delay transactions.

The number of U.S. bank deals has fallen in each of the past four years, dropping 23 percent between 2014 and 2017, according to Reuters data. This came at a time when overall M&A activity was rising each year.

Deals will likely emerge among banks with between $20 billion and $200 billion in assets, Singh added.

BankUnited, with annual asset growth of 10 percent to 15 percent, had been marching toward the $50 billion mark and any acquisition would have the drawback of bringing it there more quickly, said Singh.

“If it goes to $250 [billion], that’s the pressure off,” he said, adding that if BankUnited were to make a purchase, it would likely be small.

Investment bankers told Reuters they expect deal talks to kick off once the Senate bill passes.

One, who spoke on the condition of anonymity, said a regional bank CEO told him his institution was targeting three or four purchases within five years.

The KBW Bank Index .BKX has risen around 49 percent since Trump’s election, giving sellers comfort they are getting a good price and buyers strong currency to fund stock mergers. A positive U.S. economic outlook also provides a solid backdrop.

“We expect to see more activity in the $20 to $30 billion asset space, and likely some incremental action by larger banks with assets of $100 billion-plus,” said Gary Howe, head of Lazard’s North American Financial Institutions Group.

Banks below the threshold that said in analyst calls last month they saw an opportunity to do deals include First Horizon National Corp (FHN.N), and Associated Banc-Corp. (ASB.N).

Bank regulators are also looking at speeding up the often lengthy and unpredictable process for approving tie-ups.

The Federal Reserve, the key gatekeeper for banks, is reviewing its M&A application process, officials have said.

“It’s important we focus on faster decision-making, greater transparency, and a general streamlining of the application review process. So one of the areas we’re trying to address first is the processing of bank M&A deals,” Adam Cohen, general counsel at the Fed, told a conference last month.

The Fed took 54 days on average to approve a deal in the first half of 2017, and that shot up to 190 days if the deal received adverse public feedback, Fed data showed.

Delays can stretch into years if a buyer has compliance issues.

It took M&T Bank (MTB.N) more than three years to complete its 2015 tie-up with Hudson City Bancorp after the Fed found problems with M&T’s compliance systems.

Data provided by consultancy Navigant suggests around 370 firms may be in this so-called regulatory penalty box.

But a softening of enforcement should see fewer banks enter the penalty box in the first place.

Financial regulators have pledged to relax how they assess compliance with fair lending, anti-money laundering and marketing rules that generate the majority of problems.

The Fed is also considering how it can speed up the resolution of these infractions, one person with knowledge of the matter said.

“If there is relief on one or both of the Bank Secrecy Act/anti-money laundering or the Community Reinvestment Act … that would be helpful for M&A by easing the potential for a long regulatory review process,” said Michael Reed, partner in the M&A practice at law firm Covington & Burling.

Reporting by Michelle Price in Washington and David French in New York; Editing by Meredith Mazzilli