(Reuters) – A U.S. threat that it may introduce tariffs on foreign auto imports drew strong criticism on Thursday from the country’s main business lobbying group, which warned of a “staggering” blow to the industry and the prospect of a global trade war.

Automobiles are on a truck for delivery to a car lot in Queens, New York, U.S., May 24, 2018. REUTERS/Shannon Stapleton

President Donald Trump’s administration opened a trade investigation on Wednesday into whether vehicle imports had damaged the American auto industry. That could lead to tariffs of up to 25 percent on the same “national security” grounds used to impose U.S. steel and aluminum duties in March.

U.S. Commerce Secretary Wilbur Ross said on Thursday the investigation was still in its early stages but that other countries’ high, artificial barriers, such as tariffs and other interventions, have skewed the marketplace.

“Now it’s very difficult to get back to a reciprocal arrangement,” Ross said in an interview on CNBC, a day after announcing the probe, which could lead to new U.S. tariffs on imported vehicles.

The probe, launched under Section 232 of the Trade Expansion Act of 1962, will look at whether vehicle and parts imports are threatening the industry’s health and ability to research and develop advanced technologies, Ross said on Wednesday.

The U.S. Chamber of Commerce said it strongly opposes the move.

“If this proposal is carried out, it would deal a staggering blow to the very industry it purports to protect and would threaten to ignite a global trade war,” chamber President and Chief Executive Officer Thomas Donohue said in a statement. He urged the government to reverse course.

Canadian Prime Minister Justin Trudeau said the U.S. move was based on flimsy logic and clearly linked to talks to modernize the North American Free Trade Agreement (NAFTA). NAFTA partner Canada is the largest exporter of auto products to the United States.

Germany’s DIHK Chambers of Industries and Commerce dismissed as farfetched the national security justification for a probe. “We almost have to take this as a provocation,” DIHK President Eric Schweitzer said.

German Finance Minister Olaf Scholz said the European Union should be united in its response to the threat of U.S. tariffs.

The probe comes ahead of midterm elections in the United States in November that will determine whether Republican President Donald Trump’s party retains control of Congress. It is seen as part of Trump’s “America First” promise to win back manufacturing jobs lost to overseas competitors. 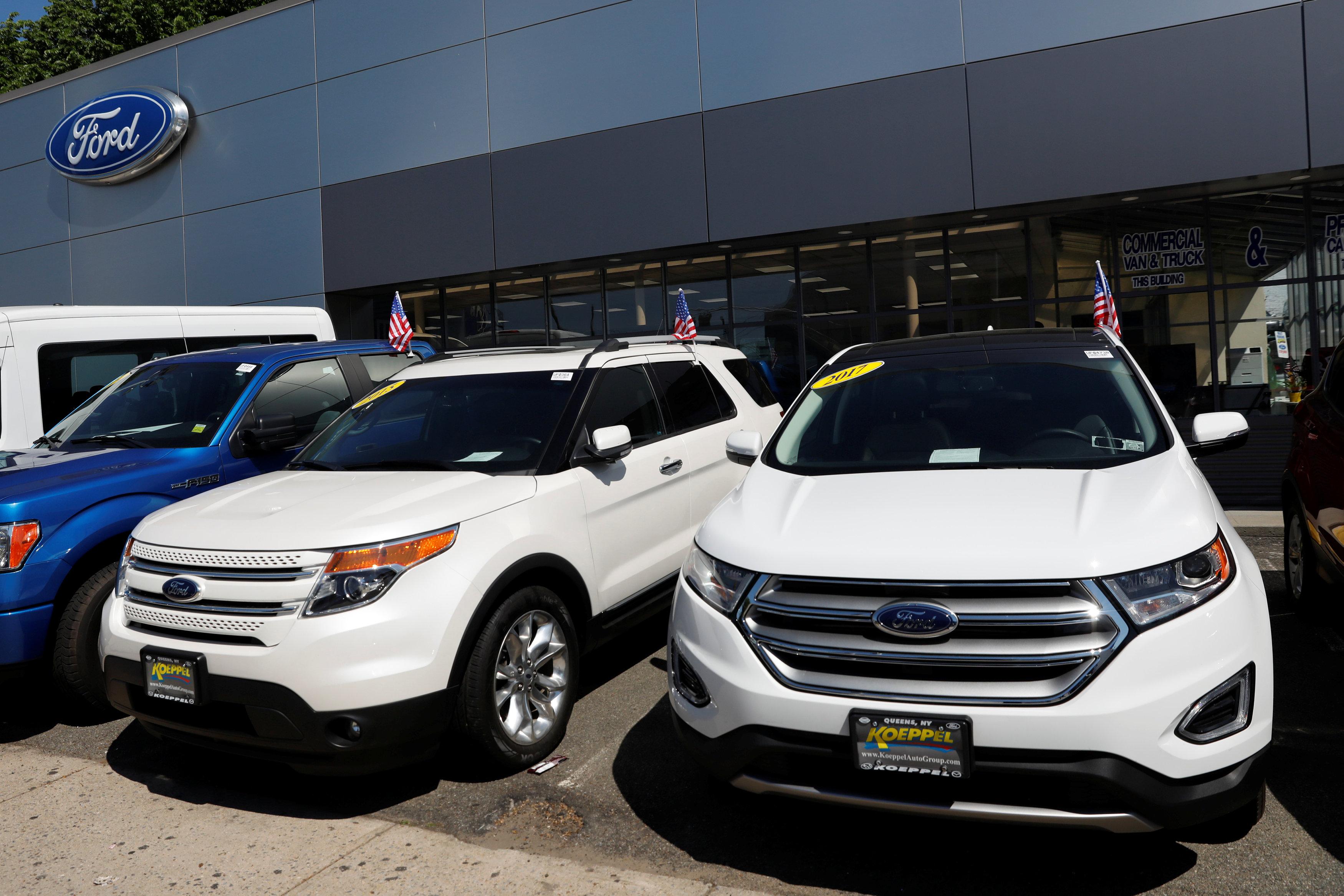 But that did not mean the UAW was ready to support Republicans running for Congress in the midterms. “The Republican Congress and Senate, they have totally ignored the needs of working men and women in this country,” Williams said.

Pointing to a mixed bag of effects on U.S. producers after the metals tariffs, analysts were cautious about predicting major gains for U.S. companies and workers from the process.

“Measures like this are ultimately about protecting American manufacturing jobs in states that voted for Trump rather than national security,” Morningstar analyst David Whiston said in a note.

“We don’t see these tariffs (if proposed) lasting forever and we think (they) will ultimately cost American jobs.”

In Europe, BMW (BMWG.DE) and Daimler (DAIGn.DE) shares dropped as much as 3.5 percent during the session, while Volkswagen AG (VOWG_p.DE) closed down 2.5 percent. Together the three automakers control more than 90 percent of the North American premium auto market.

Renault SA (RENA.PA), exposed to the U.S. market via its 43.4 percent stake in Nissan, fell as much as 2.1 percent. Europe’s auto sector index .SXAP lost 2 percent and was on track for its worst day in 10 months.

Toyota, which has 10 U.S. plants and 1,500 U.S. dealers, said in a statement that any tariffs “could hurt American jobs” and raise costs for consumers.

The governments of Japan, China and South Korea said they will monitor the situation, while Beijing, which is increasingly eyeing the United States as a potential market for its cars, added that it would defend its interests.

In addition to tariffs, Commerce Secretary Ross cited other non-tariff barriers such as standards, licensing and “all kinds of other games.”

“The stupidity is that we let ourselves get into this box of extremely low rates,” he told CNBC.

(This refiled version restores dropped word “of” in first paragraph)