ISTANBUL/ANKARA (Reuters) – Turkey’s lira pulled back from a record low of 7.24 to the dollar on Monday after the central bank pledged to provide liquidity and cut reserve requirements for Turkish banks, but its meltdown continued to rattle global markets.

The currency has lost more than 40 percent against the dollar this year, largely over worries about President Tayyip Erdogan’s influence over the economy, his repeated calls for lower interest rates, and worsening ties with the United States.

On Friday that relentless slide turned into a crash: the lira dropped as much as 18 percent, hitting U.S. and European stocks as investors took fright over banks’ exposure to Turkey.

The central bank, which surprised markets last month when it left interest rates unchanged despite double-digit inflation and the tumbling lira, announced the moves on liquidity and reserves after Finance Minister Berat Albayrak said authorities would start implementing an economic action plan on Monday.

They said the bank’s decision could be the first step towards tightening policy through the use of an interest rate corridor, an instrument used in previous years, rather than an increase in the benchmark rate.

The moves will free up 10 billion lira, $6 billion (4.7 billion pounds), and $3 billion (2.4 billion pounds) equivalent of gold liquidity in the financial system, the bank said. It also pledged to provide “all the liquidity banks need”.

While the measures should ease worries over financial stability, they will have no direct impact on the lira because they do not affect banks’ foreign exchange positions, BNP Paribas strategist Erkin Isik said in a note.

Isik said the lira’s current levels would add between 4 and 5 percentage points to headline inflation in coming months, pushing it up to around 21 percent in September from nearly 16 percent last month.

The lira, which hit a record low of 7.24 against the dollar in Asian trading, pared losses after Albayrak’s comments and the central bank announcement, strengthening briefly to 6.4. It was trading at 6.8700 per dollar at 1024 GMT.

Turkish bank shares fell to their lowest level in dollar terms since November 2003 and their dollar bonds and Turkey’s sovereign dollar debt tumbled. Stocks dropped 4 percent, with the BIST index of blue-chip stocks down around 50 percent in dollar terms this year.

Albayrak said in an interview published on Sunday that Turkey will start implementing an economic plan to ease investor concerns, stressing budget discipline and pledging that fiscal rules would be implemented for targeted indicators if necessary.

“We will be taking the necessary steps with our banks and banking watchdog in a speedy manner,” he said, ruling out any seizure or conversion of dollar-denominated bank deposits into lira.

But a drastic rate hike was unlikely because of the damage it would do to Turkey’s corporate sector, while any capital controls would close off access to foreign exchange for companies already short of dollars, Tresca said.

Turkey would also be reluctant to seek assistance from the International Monetary Fund after clearing billions of dollars of debt to the fund under Erdogan.

In the interview with Hurriyet newspaper, Albayrak described the lira’s weakness as “an attack” — echoing Erdogan, who is his father-in-law.

Erdogan, a self-styled “enemy of interest rates,” wants cheap credit from banks to fuel growth, but investors fear the economy is overheating and could be set for a hard landing.

On Sunday Erdogan said the lira’s free-fall was the result of a plot and did not reflect economic fundamentals.

“What is the reason for all this storm in a tea cup? There is no economic reason… This is called carrying out an operation against Turkey,” he said. 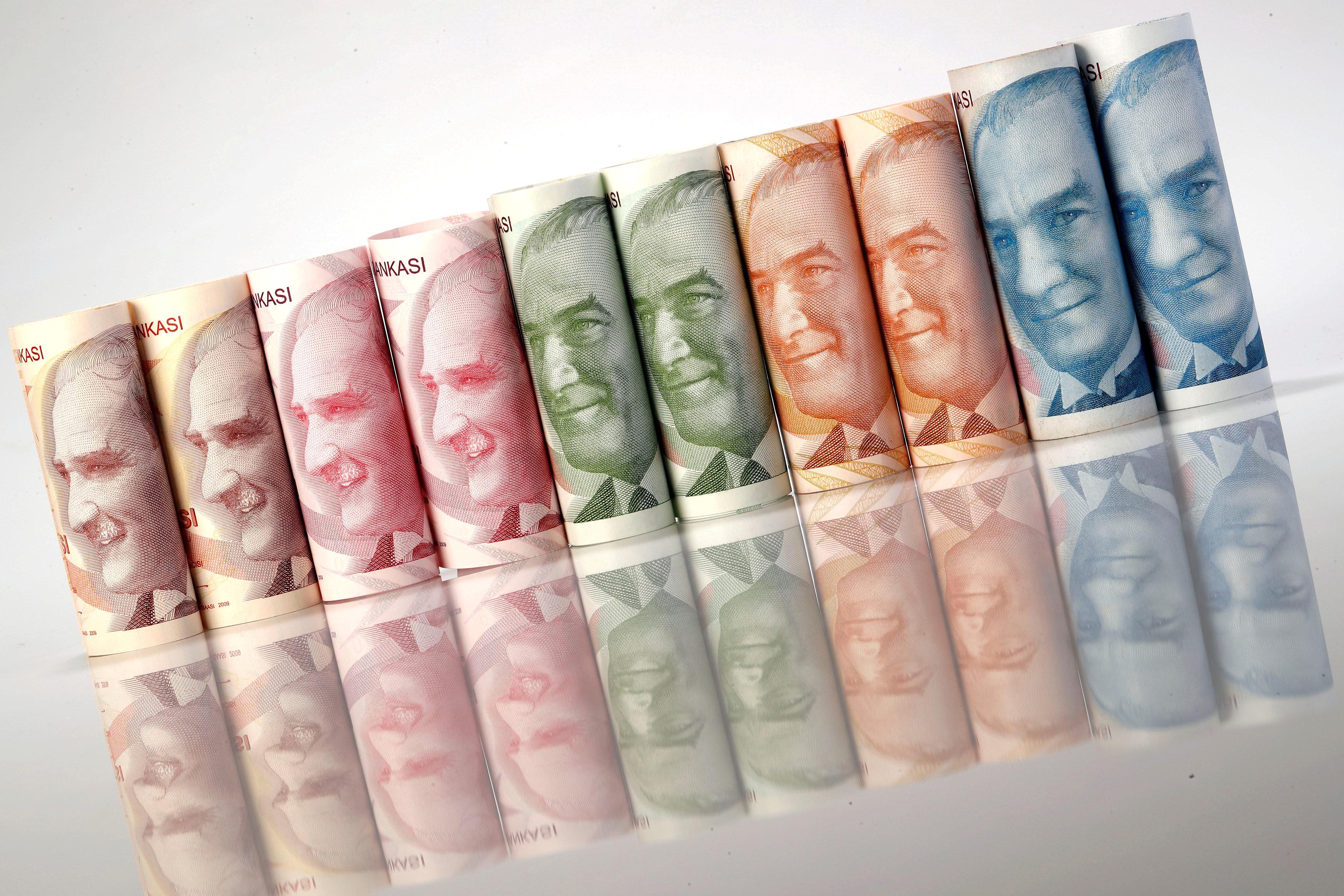 The interior ministry said on Monday it was taking legal action against 346 social media accounts that had posted comments about the weakening of the lira “in a provocative way”.

Additional reporting by Nevzat Devranoglu in Ankara and Claire Milhench in London; Editing by Dominic Evans and Catherine Evans