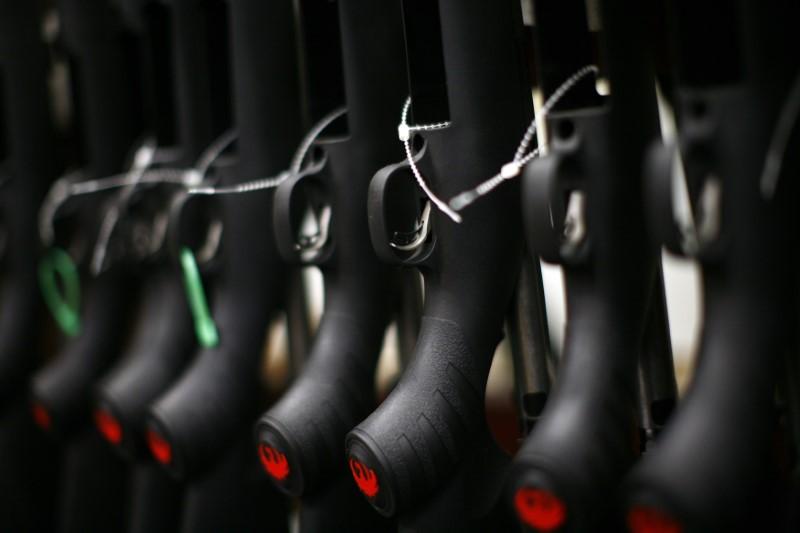 The Republican president’s tweets and comments were seen as increasing the possibility of greater curbs on gun ownership, fueling expectation that people might seek to stock up on guns in advance of any changes.

Both of those sentiments had dipped since Trump was elected in November 2016 – illustrating a paradox under which a president viewed as more favorable to gun ownership can depress gun sales and shares in gunmakers.

“What Trump has been saying is a complete surprise,” said Aegis Capital analyst Rommel Dionisio, who covers firearms makers. “The prevailing wisdom for Republican presidents is not to be pro-gun control.”

Under Democratic President Barack Obama, firearm sales hit record levels as people stocked up, thinking the government might tighten gun control laws. Mass shootings that took place during Obama’s eight years in office from 2009 bolstered that expectation even more, often sending shares of gunmakers surging in the immediate aftermath of such events. (reut.rs/2EIW0RP)

Sales and stock prices of firearms makers slumped after Trump’s unexpected election victory was seen as reducing prospects for curbs on gun ownership. Sturm Ruger’s stock has fallen 22 percent since the 2016 election, and American Outdoor Brands has lost 63 percent of its value.

But tweets and comments by Trump on Wednesday and Thursday that he supported raising the age limit for purchases of some kinds of guns, as well as other measures, turned up the heat on the gun control debate, and boosted gunmakers’ shares.

Sturm Ruger rose 3.6 percent, while American Outdoor Brands jumped as much as 7.9 percent before ending with an increase of 0.6 percent.

Reflecting the gun industry slump under Trump, Sturm Ruger reported a 27 percent fall in revenue for the December quarter on Wednesday.

Ruger laid off 50 workers in January, and in its quarterly report it said it was slashing its capital expenditures plan for 2018 by more than half, suggesting the Southport, Connecticut, company expects its business to remain difficult.

Seventeen students and staff members were killed in the Feb. 14 shooting at Marjory Stoneman Douglas High School in Parkland, Florida, a massacre that has fueled unprecedented youth-led protests in cities across the country. Many of the teens and their parents are calling for greater gun control.