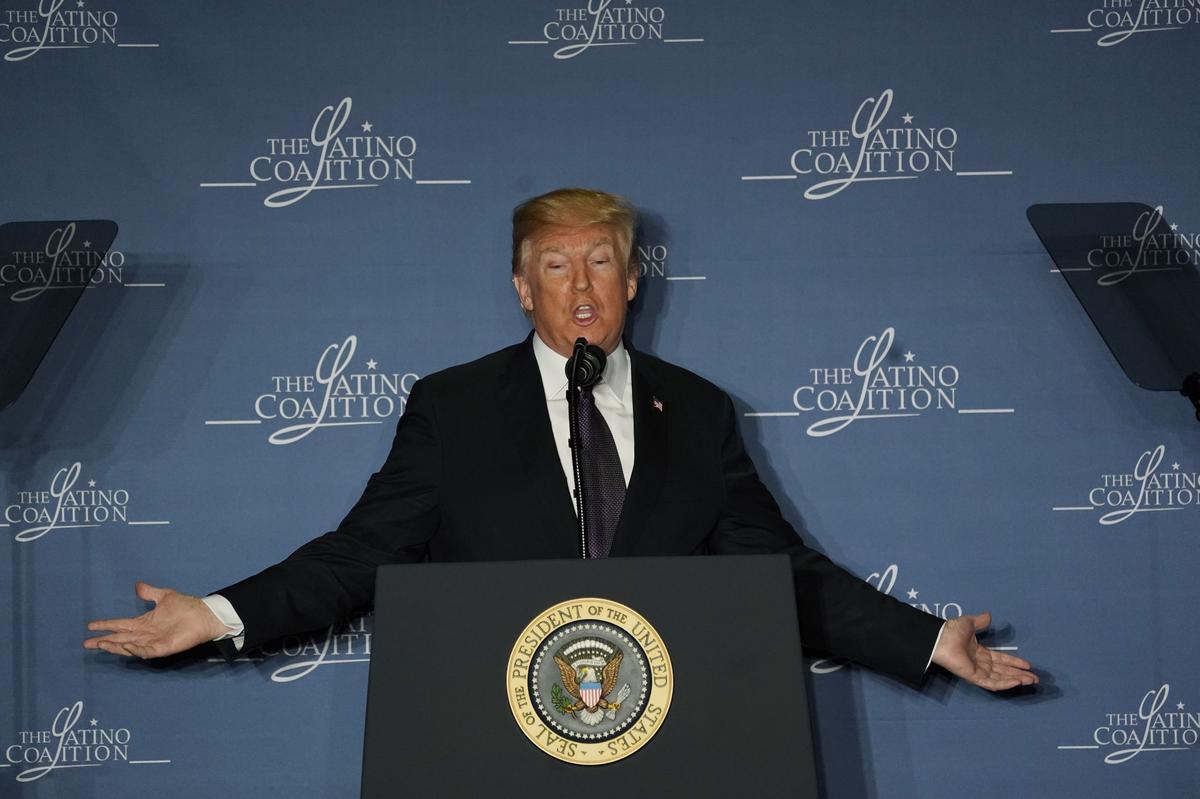 WASHINGTON/LUXEMBOURG (Reuters) – A defiant U.S. President Donald Trump looked set to authorize steep tariffs on imported steel and aluminium this week as he stepped up pressure on China to develop a plan to reduce its trade imbalance with the United States by $1 billion.

A day after the resignation of economic adviser Gary Cohn, who along with lawmakers and the business community opposed the tariffs, the White House said Trump was on track to move forward with the plan by the end of the week.

Some reports suggested he could sign the presidential proclamation as soon as Thursday.

The tariffs would impose a duty of 25 percent on steel and 10 percent on aluminium to counter cheap imports, especially from China, that he says undermine U.S. industry and jobs.

The action risks retaliatory tariffs on U.S. exports – not least by Canada and Europe – and complicates already tough talks on the North American Free Trade Agreement with Canada and Mexico.

“We won’t drive the economy to over 3 percent growth or continue to create jobs if we go down this path,” the head of the U.S. Chamber of Commerce, Tom Donohue, said. “We urge the administration to take this risk seriously.”

The departure of Cohn, who was seen as a bulwark against Trump’s economic nationalism, clears the way for greater influence by trade hard-liners such as Commerce Secretary Wilbur Ross and Peter Navarro, Trump’s trade policy adviser, and the possibility that the tariffs will be implemented.

White House spokeswoman Sarah Sanders said Trump was considering several candidates to fill Cohn’s position, while Navarro said he was not listed for the job.

The increased likelihood of tit-for-tat trade measures and a warning by the International Monetary Fund that it could hurt global growth hit shares, oil and the dollar.

Adding to the tensions over the tariffs, Trump doubled down on China after news that the U.S. trade gap increased to a more than nine-year high in January, with the shortfall with China widening sharpening. The news suggested that Trump trade policies aimed at eradicating the deficit will likely fail.

“China has been asked to develop a plan for the year of a One Billion Dollar reduction in their massive Trade Deficit with the United States,” Trump said on Twitter, mistakenly referring to a deficit where Beijing runs a surplus.

He did not give details on how such a request had been conveyed.

In his first tweet on Wednesday, Trump showed no sign of backing down, saying the United States had lost more than 55,000 factories and 6 million manufacturing jobs and let its trade deficit soar since the administration of President George H.W. Bush.

“Bad policies & leadership. Must win again!” he tweeted, a day after saying he did not fear a trade war.

“When we’re behind on every single country, trade wars aren’t so bad,” he told reporters.

With demand for American steel expected to increase, United State Steel said it would restart one of two blast furnaces and steelmaking facilities and rehire 500 employees at its Granite City plant. Shares of steel companies Nucor, U.S. Steel and AK Steel lifted the S&P 1500 steel index.

A report from the Federal Reserve on Wednesday noted that four of its 12 districts saw a “marked increase” in steel prices due in part to a decline in foreign competition.

Meanwhile, Europe and the IMF issued strong warnings to Washington to step back from the brink of a trade war.

“In a so-called trade war … nobody wins, one generally finds losers on both sides,” IMF head Christine Lagarde said on Wednesday, adding that a trade war would take a “formidable” toll on global economic growth.

In Geneva, China raised its concerns at the World Trade Organization where 17 other WTO members also voiced misgivings.

European Council President Donald Tusk, who will chair a summit on March 22-23 where EU leaders will discuss the threat of a “serious trade dispute”, said Trump’s view that trade wars were good and easy to win was wrong.

“The truth is quite the opposite. Trade wars are bad and easy to lose,” Tusk told reporters.

The EU executive met to discuss a list of 2.8 billion euros ($3.5 billion) worth of U.S. products – from bourbon to Harley Davidson motorbikes – on which Europe could apply a 25-percent tariff if Trump goes ahead.

“We are eager not to escalate this,” EU trade commissioner Cecilia Malmstrom said.

“We do not want this to go out of proportion, but … if it does happen we will have to take measures to protect European jobs.”

Additional reporting by Tom Miles in Geneva and Susan Heavey and Jason Lange in Washington; Writing by Robin Pomeroy and Lesley Wroughton; Editing by Nick Zieminski and Bill Trott