BEIJING/WASHINGTON (Reuters) – China warned on Friday it was fully prepared to respond with a “fierce counter strike” of fresh trade measures if the United States follows through on President Donald Trump’s threat to slap tariffs on an additional $100 billion in Chinese goods.

China’s Commerce Ministry spokesman, Gao Feng, called the U.S. action “extremely mistaken” and unjustified, adding that the spat was a struggle between unilateralism and multilateralism. He also said no negotiations were likely in the current circumstances.

“The result of this behavior is to smash your own foot with a stone,” Gao told a news briefing in Beijing. “If the United States announces an additional $100 billion list of tariffs, China has already fully prepared, and will not hesitate to immediately make, a fierce counter strike”.

Gao was speaking shortly after Trump defended his proposed tariffs on U.S. radio, saying the move might cause “a little pain” but the United States will be better off in the long run.

“I’m not saying there won’t be a little pain, but the market has gone up 40 percent, 42 percent so we might lose a little bit of it,” Trump said in an interview with New York station 77 WABC’s “Bernie & Sid” show on Friday.

“So we may take a hit and you know what, ultimately we’re going to be much stronger for it.”

On Wednesday, China unveiled a list of 106 U.S. goods – from soybeans and whiskey to frozen beef and aircraft – targeted for tariffs, in a swift retaliatory move only hours after the Trump administration proposed duties on some 1,300 Chinese industrial, technology, transport and medical products.

Washington has called for the $50 billion in extra duties after it said a probe determined Chinese government policies are designed to transfer U.S. intellectual property to Chinese companies and allow them to seize leadership in key high-technology industries of the future.

China said it was not afraid of a trade war, even though it did not seek one, and accused the United States of provoking the conflict. Gao said comments from U.S. officials about ongoing talks about trade issues were incorrect.

“Under these conditions, the two sides cannot conduct any negotiations on this issue,” Gao said, without elaborating.

While Beijing’s claims that Washington is the aggressor and is spurring global protectionism, China’s trading partners have complained for years that it abuses World Trade Organization rules and propagates unfair policies at home that lock foreign firms out of some sectors as domestic champions are being nurtured.

China has repeatedly vowed that it would open up sectors such as financial services.

President Xi Jinping next week is expected to unveil fresh measures on reform and his country’s opening up at the high-profile Boao Forum, China’s equivalent of Davos, in the southern island province of Hainan.

While China has projected an image of multilateralism and restraint amid the escalating trade dispute with the United States, Beijing has been swift to respond to Washington’s rhetoric and actions.

So far, U.S. information technology products from mobile phones to personal computers have largely escaped the ire of Beijing, as well as telecoms equipment and aircraft larger than the equivalent of a Boeing 737.

Among the most affected by a trade war could be the U.S. technology sector, particularly chipmakers. The U.S. semiconductor sector relies on China for about a quarter of its revenue.

It also remains to be seen if the trade dispute would trigger a nationalistic travel backlash. When ties between Beijing and Seoul chilled, Chinese tourism to South Korea plummeted and Made-in-South Korea products were shunned by consumers in China.

On Chinese social media on Friday, among the most searched phrases were “China hasn’t grown up afraid” and “China will follow through to the end.”

The China Chamber of International Commerce said the Chinese business community would firmly support its government’s efforts to counter “irrational and erroneous” U.S. words and actions, the official Xinhua news agency reported, and urged Washington not to go “further and further down the wrong path”.

Analysts at Oxford Economics warned that a full-blown trade war will have damaging consequences.

“Importantly, these threatened tariffs will be subject to negotiation, and therefore shouldn’t be considered as final,” the analysts wrote in a note to client.

“A (full-blown) trade war meanwhile would have a more pronounced effect. The U.S. and China would suffer significant slowdown in real GDP growth – a cumulative loss around 1.0 percentage point,” and cut global economic growth to 2.5 percent in 2019 from 3.0 percent in Oxford’s baseline scenario.

The escalating tit-for-tat trade actions between the two economic superpowers have roiled global financial markets, as investors worried about the impact on world trade and growth, hitting equities, the dollar and a range of riskier assets such as copper and boosting safe-havens such as the Japanese yen and gold.

The dollar fell in Friday’s trade, while U.S. stock futures and most of Asia’s stock markets were in the red. [MKTS/GLOB]

“This is what a trade war looks like, and what we have warned against from the start,” said National Retail Federation President and CEO Matthew Shay. 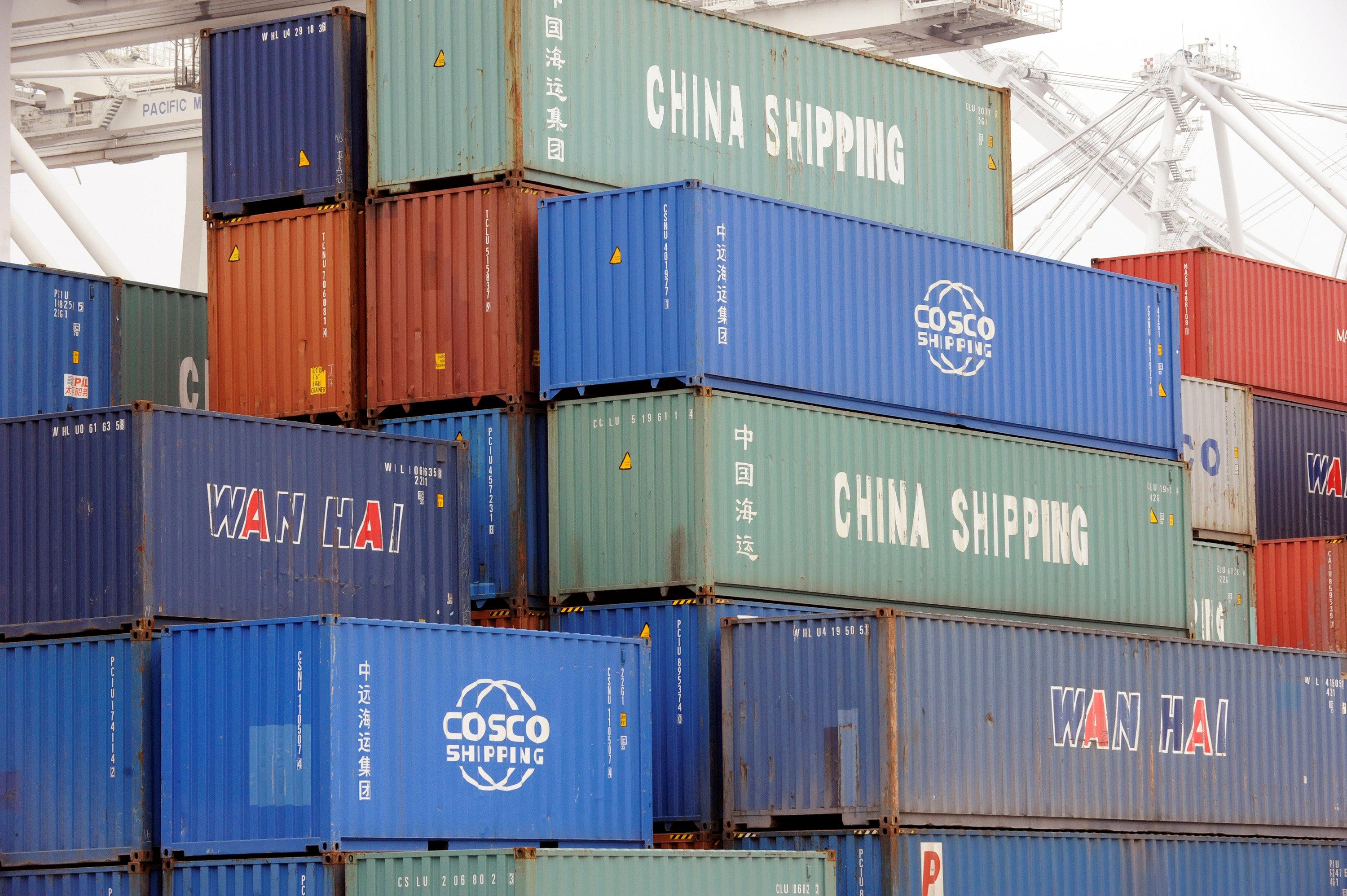 “We are on a dangerous downward spiral and American families will be on the losing end,” Shay added in a statement, urging Trump “to stop playing a game of chicken with the U.S. economy.”