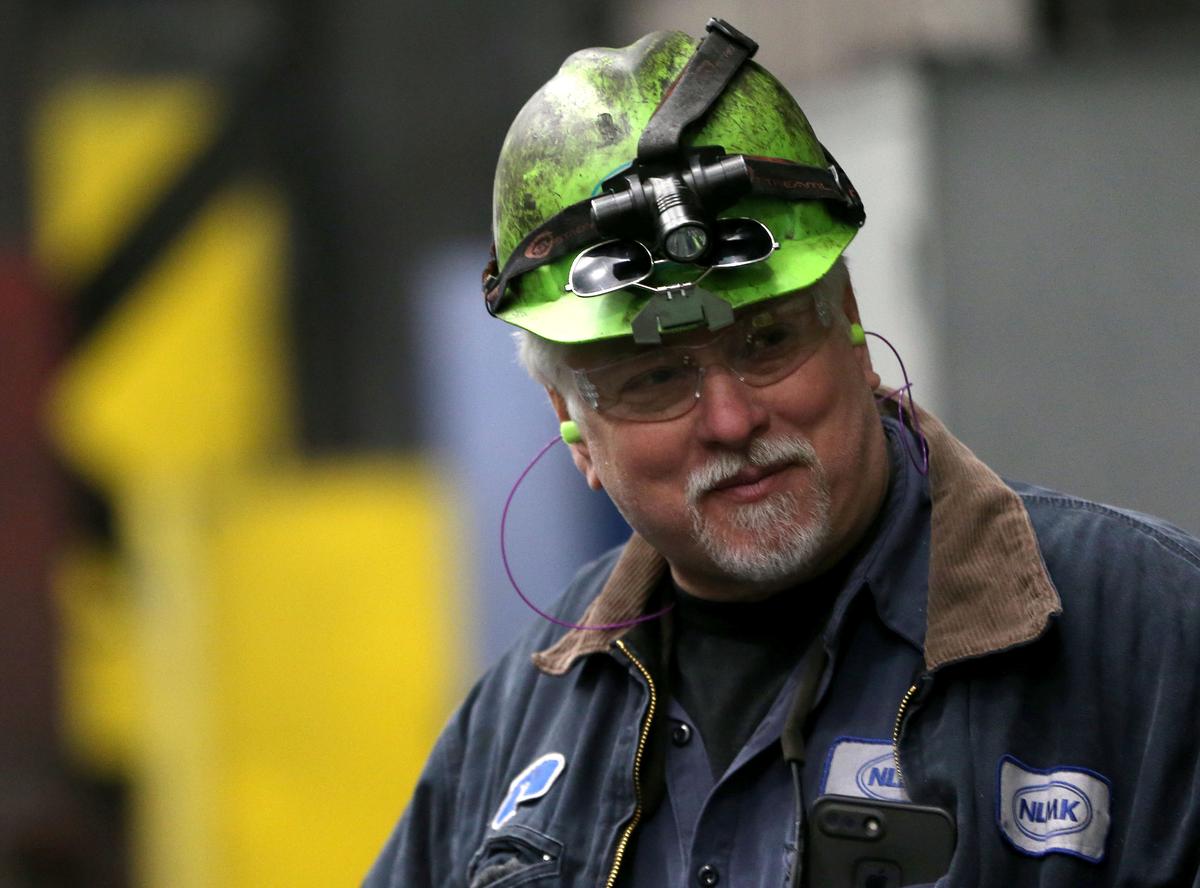 FARRELL, Penn. (Reuters) – Mick Lang has been a steelworker for nearly 40 years and voted for businessman Donald Trump in the hopes he would bring about a renaissance for the long-suffering U.S. steel industry. Now he worries President Trump’s tariffs on imports of the metal will cost him his job.

“This is not what I voted for. I voted for Trump because I thought he’d straighten things out, not do something like this,” said Lang, 59, a third-generation steelworker, whose son also works at the same steel mill in Farrell in western Pennsylvania’s Mercer County.

The county voted for then-Republican candidate Trump by more than 24 points in the 2016 U.S. presidential election. Some Republican strategists said Trump’s tariffs appeared partly to be timed to sway voters in Pennsylvania steel country, where a special election is being held for a U.S. House of Representatives seat next Tuesday.

Trump is scheduled to visit Moon Township about 60 miles southwest of Farrell on Saturday to support the Republican candidate and he is expected to be warmly received in an area he also won handily in 2016. U.S. steel companies such as U.S. Steel Corp (X.N) and AK Steel Holding Corp (AKS.N) – seen as winners thanks to the president’s actions – have lauded Trump’s tariff on imported steel.

U.S. Steel said it would restart one of two idled blast furnaces at an Illinois steel plant, creating up to 500 jobs.

But Lang is one of around 780 workers at the Novolipetsk Steel PAO (NLMK) (NLMK.MM) mill, NLMK’s U.S. subsidiary which imports around 2 million tons of steel slabs annually from its Russian parent company. The slabs that the mill rolls into sheets for customers including Caterpillar Inc (CAT.N), Deere & Co (DE.N) Harley Davidson Inc (HOG.N) and Home Depot Inc (HD.N), are almost impossible to acquire from U.S. steel producers.

Bob Miller, Chief Executive Officer of NLMK’s U.S. unit, said if his company’s customers refuse to accept a 25 percent price hike as a result of the tariffs, nearly 1,200 workers could eventually lose their jobs – and the ones in Farrell would be the first to go when supplies of imported slabs run out.

The U.S. steel industry employed about 147,000 people in 2015, according to the Commerce Department’s Bureau of Economic analysis. Manufacturers that need steel employ about 6.5 million people each year and the construction industry 6.3 million. GRAPHIC: tmsnrt.rs/2Fc94hU

Miller said tariffs will also force NLMK to shelve planned $600 million investments in plants in Pennsylvania and Indiana, around $400 million of which was earmarked for upgrading antiquated equipment at its Farrell plant.

Trump has stood by the tariffs, despite resistance from his fellow Republicans and other countries, which have vowed to respond with levies of their own. On Thursday, Trump pressed ahead with the imposition of 25 percent tariffs on steel imports and 10 percent for aluminum.

Some steel executives such as Miller say this is the ultimate irony: by acting ostensibly to protect U.S. steel jobs with sweeping tariffs, Trump will also kill off some steel jobs.

“The workers here in Farrell are on the front line,” Miller said. “This policy is picking winners and losers and unfortunately, we are the losers.”

The tariffs are good for steel producers that melt and produce their own steel. But for those like NLMK, which is reliant on imported raw materials, they could prove catastrophic.

The mill is the largest employer in Farrell and accounts for more than one fifth of the town’s tax base. Mercer County has a poverty rate that is nearly double the national average.

The area was America’s steel heartland, with mills dotting the landscape until the industry’s decline began in the 1970s because of an increase in global competition. The mill owned by NLMK has existed since the beginning of the 20th century, but experienced two lengthy shutdowns and mass layoffs in the 1990s.

Its blast furnace was sold for scrap and instead of producing steel, its current crop of workers heat 25-ton imported steel slabs to a glowing-orange temperature of 2,400 degrees fahrenheit (1,316 Celsius) before rolling them down in some cases to as thick as a few sheets of paper.

Amid blasts of steam, intense heat, dirt and noise, the mill’s 600 union-represented workers earn up to $27 per hour, a solid middle-class wage.

Terry Day, local president for the United Steelworkers union, said the 1990s shutdowns convulsed the community and resulted in a spate of suicides and divorces.

“This time it will be much worse,” said Day, 53, who experienced both shutdowns. “Back then there were other jobs to go to, but now there’s nothing else here.”

“It would be devastating.”

But likely job losses within the steel industry run counter to Trump’s professed aims of bringing back manufacturing jobs.

“There is a substantial number of people in the steel industry that could lose their jobs as a result of tariffs,” said metal analyst Charles Bradford of Bradford Research.

Farrell can ill afford to lose its NLMK steel jobs.

The Farrell mill was originally owned by a U.S. firm that went bankrupt in 1992 and was subsequently owned by British and Swiss companies before the Russians bought in back in 2006. Since then, NLMK has invested around $1 billion in its U.S. operations, U.S. CEO Miller said.

Miller is working to lobby the Trump administration to follow the precedent of former Republican President George W. Bush’s administration, which allowed quotas for slab steel in 2002 rather than applying tariffs as it did for products that were domestically produced.

Those quotas allowed the Farrell plant to keep operating and Miller hopes the Trump administration will follow suit.

The mood in Farrell is grim and fearful. Truckers coming to pick up coils of rolled steel ask when the mill will go out of business and plant manager Bill Benson says workers keep asking him: “What on earth is Trump thinking?”