A breakthrough deal to fundamentally change China’s economic policies is viewed as highly unlikely during the two days of talks, though a package of short-term Chinese measures could delay Washington’s decision to impose tariffs on about $50 billion worth of Chinese exports.

The discussions, led by U.S. Treasury Secretary Steven Mnuchin and Chinese Vice Premier Liu He, are expected to cover a wide range of U.S. complaints about China’s trade practices, from accusations of forced technology transfers to state subsidies for technology development.

“Thrilled to be here. Thank you,” Mnuchin told Reuters at his hotel when asked if he expected progress. He made no other comments.

As Mnuchin arrived, Trump tweeted: “Our great financial team is in China trying to negotiate a level playing field on trade! I look forward to being with President Xi in the not too distant future. We will always have a good (great) relationship!”

It was not clear when Trump and Xi might meet again next, though both will likely attend some of the same multilateral summits this year, including those of the G20 and APEC.

Throughout his 2016 election campaign, Trump routinely threatened to impose a 45 percent across-the-board tariff on Chinese goods as a way to level the playing field for American workers. At the time, he was also accusing China of manipulating its currency to gain an export advantage, a claim that his administration has since dropped.

The U.S. Embassy in Beijing said the U.S. delegation planned to meet Chinese officials on both days, in addition to U.S. Ambassador Terry Branstad, before leaving on Friday evening.

The delegation returned to their hotel late on Thursday evening without taking questions from reporters, though, when asked how the talks were going, one unidentified U.S. official said “Well.”

In Washington, the U.S.-China Business Council, which represents American companies doing business in China, said it was pleased the two governments were talking and urged a deal to end forced technology transfers and improve China’s intellectual property protections.

“USCBC believes it is unlikely that the issues will be fully resolved in this meeting, but we hope the two sides will be able to lay out a path for continued negotiations that will lead to a solution and avoid tariffs and other commerce-slowing sanctions,” the group said in a statement.

Chinese Foreign Ministry spokeswoman Hua Chunying said at a briefing in Beijing: “The outcome should be mutually beneficial and win-win.”

In a commentary widely cited in Chinese media on Thursday, the official Xinhua news agency said if things went poorly and a trade war did break out, China would never yield and would hit back strongly.

“China will inevitably suffer losses, but China has the political advantage of a centralized and unified leadership and support of a massive domestic market,” it said.

U.S. Treasury Secretary Steven Mnuchin, a member of the U.S. trade delegation to China, leaves a hotel in Beijing, China May 3, 2018. REUTERS/Jason Lee

The official China Daily said in an editorial that China would “stand up to the U.S.’ bullying as necessary.”

“The U.S. wants greater access to China’s market, but it should not use trade actions as a battering ram to force China to open its doors. It is already in the process of opening them wider,” the English-language newspaper said.

In doing so, China expected Washington to reciprocate and open its market to Chinese investment and competition, it said.

The first round of threatened tariffs under the U.S. government’s “Section 301” intellectual property probe focused heavily on technology products benefiting from a “Made in China 2025” program to upgrade China’s domestic manufacturing base with more advanced products.

The U.S. tariffs could go into effect in June following the completion of a 60-day consultation period.

U.S.-based trade experts said they expected Beijing to offer Trump’s team a package of policy changes that may include some previously announced moves, such as a phase-out of joint venture requirements for some sectors, auto tariff reductions and increased purchases of U.S. goods.

Trump has demanded a $100 billion annual reduction in the $375 billion U.S. goods trade deficit with China. 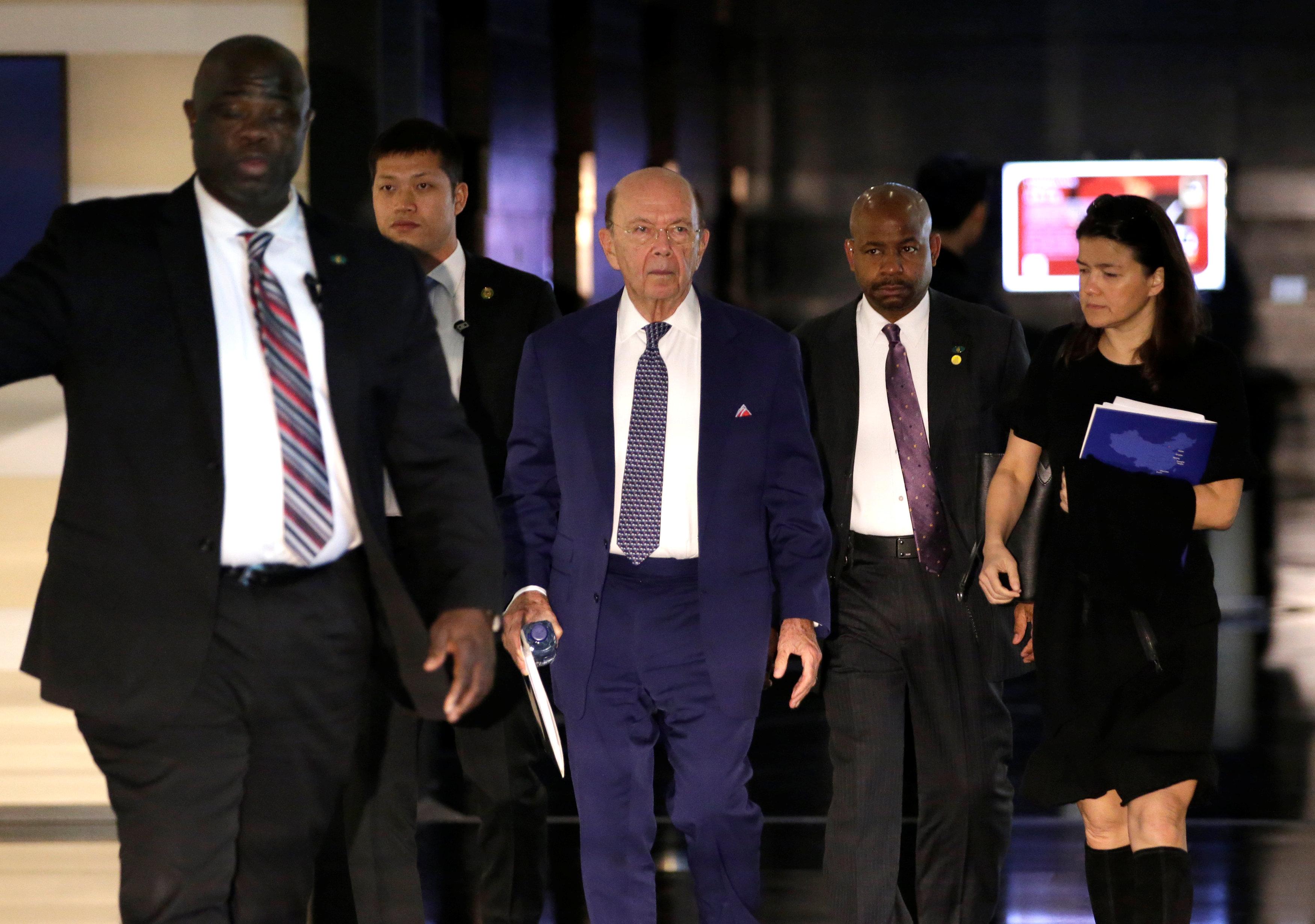 But members of the diverse U.S. trade delegation, which includes U.S. Trade Representative Robert Lighthizer and White House trade adviser Peter Navarro, both of whom have been critical of China, are likely to have differing views on the merits of such an offer.