WASHINGTON/TIANJIN (Reuters) – U.S. President Donald Trump escalated his trade war with Beijing, imposing 10 percent tariffs on about $200 billion worth of imports in a move one senior Chinese regulator said “poisoned” the atmosphere for negotiations.

Trump also warned in a statement on Monday that if China takes retaliatory action against U.S. farmers or industries, “we will immediately pursue phase three, which is tariffs on approximately $267 billion of additional imports.”

China is reviewing plans to send a delegation to Washington for fresh talks in light of the U.S. decision, the South China Morning Post reported on Tuesday, citing a government source in Beijing, raising the risk of a prolonged trade battle between the world’s largest economies that could hit global growth.

U.S. trade actions against China will not work as China has ample fiscal and monetary policy tools to cope with the impact, a senior securities market official said.

“President Trump is a hard-hitting businessman, and he tries to put pressure on China so he can get concessions from our negotiations. I think that kind of tactic is not going to work with China,” Fang Xinghai, vice chairman of China’s securities regulator, said at a conference in the port city of Tianjin.

Collection of tariffs on the long-anticipated list will start on Sept. 24 but the rate will increase to 25 percent by the end of 2018, allowing U.S. companies some time to adjust their supply chains to alternate countries.

So far, the United States has imposed tariffs on $50 billion worth of Chinese products to pressure Beijing to make sweeping changes to its trade, technology transfer and high-tech industrial subsidy policies. China has retaliated in kind.

Vice Premier Liu He was set to convene a meeting in Beijing on Tuesday morning to discuss the government’s response, Bloomberg News reported, citing a person briefed on the matter.

China has vowed to retaliate against new U.S. tariffs, with state-run media arguing for an aggressive “counterattack.”

Last month, it unveiled a proposed list of tariffs on $60 billion of U.S. goods ranging from liquefied natural gas to certain types of aircraft – should Washington activate the tariffs on its $200 billion list.

The effect of the 10 percent tariffs will gradually show up in China’s fourth-quarter data, and the full impact of the total 25 percent tariffs is expected to be felt next year, dragging down China’s gross domestic product (GDP) growth rate by 0.83 percentage point, Citi analysts wrote in a note.

Fang said that even if Trump puts tariffs on all Chinese exports to the United States, the negative impact on China’s economy will be about 0.7 percent. He did not say whether he was referring to the impact on the amount of GDP or the GDP growth.

Trump’s latest escalation of tariffs on China comes after several meetings yielded no progress. U.S. Treasury Secretary Steven Mnuchin last week invited top Chinese officials to a new round of talks, but thus far nothing has been scheduled.

“We have been very clear about the type of changes that need to be made, and we have given China every opportunity to treat us more fairly,” Trump said in his statement. “But, so far, China has been unwilling to change its practices.”

Fang told the Tianjin forum that he hopes the two sides can sit down and talk, but added that the latest U.S. move has “poisoned” the atmosphere.

A senior Trump administration official told reporters that the United States was open to further talks with Beijing, but offered no immediate details on when they may occur.

“This is not an effort to constrain China, but this is an effort to work with China and say, ‘It’s time you address these unfair trade practices that we’ve identified that others have identified and that have harmed the entire trading system,’” the official said.

So far, China has either imposed or proposed tariffs on $110 billion of U.S. goods, representing most of its imports of American products. 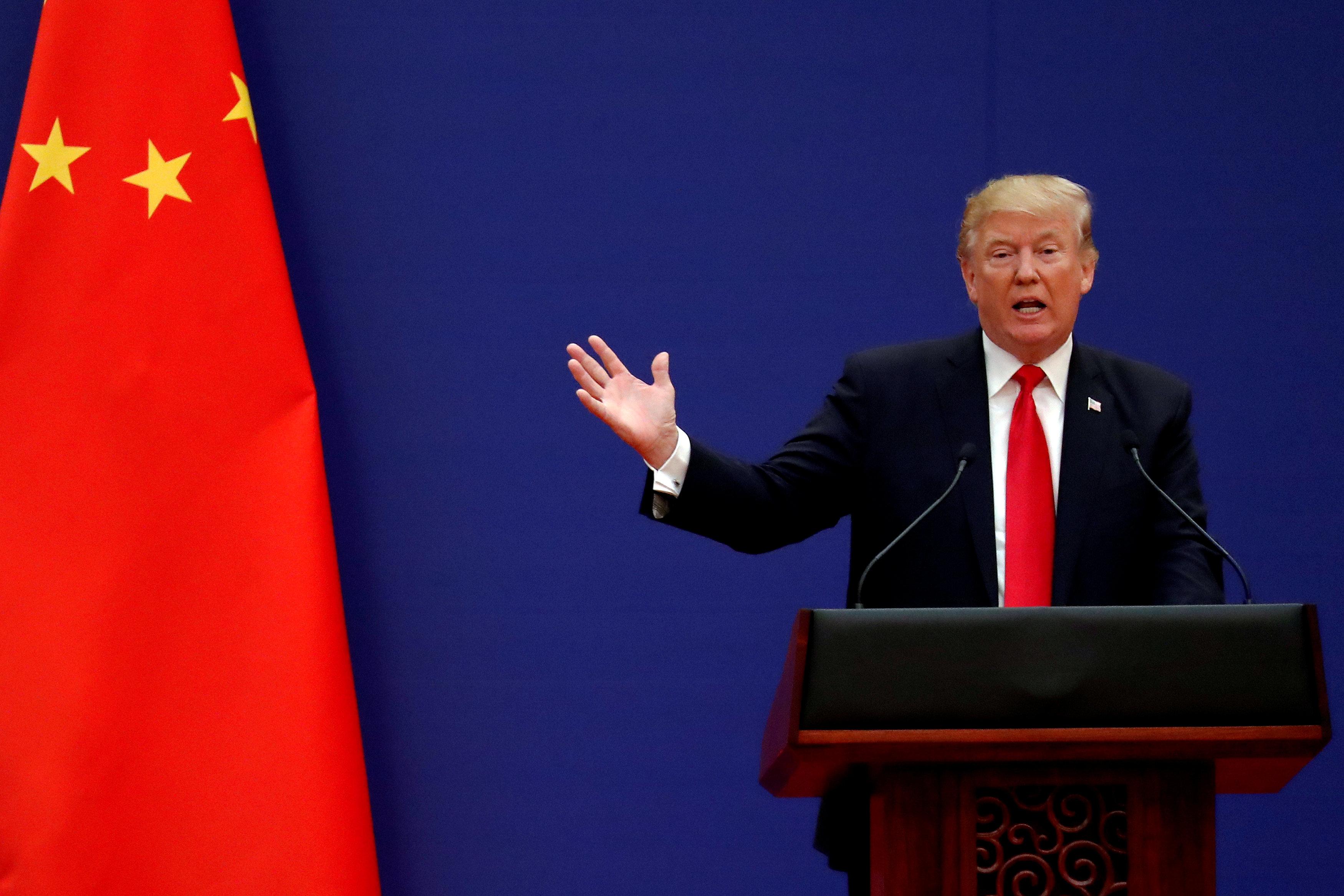 “Tensions in the global economic system have manifested themselves in the U.S.-China trade war, which is now seriously disrupting global supply chains,” the European Union Chamber of Commerce in China said in a statement on Tuesday.

China’s yuan currency CNY=CFXS slipped 0.3 percent against the U.S. dollar in Asian trade on Tuesday. It has weakened by about 6.0 percent since mid-June, offsetting the 10 percent tariff rate by a considerable margin.[MKTS/GLOB]

The latest U.S. move spared smart watches from Apple (AAPL.O) and Fitbit (FIT.N) and other consumer products such as baby car seats. But if the administration enacts the additional tariffs on $267 billion in goods, it would engulf all remaining U.S. imports from China and Apple products like the iPhone and its competitors would not likely be spared.

The U.S. Trade Representative’s office eliminated 297 product categories from the proposed tariff list, along with some subsets of other categories.

But the adjustments did little to appease technology and retail groups who argued U.S. consumers would feel the pain.

“Consumers – not China – will bear the brunt of these tariffs and American farmers and ranchers will see the harmful effects of retaliation worsen.”

Kenneth Jarrett, president of the American Chamber of Commerce in Shanghai, said three quarters of its members will be hit by the tariffs, and they will not bring jobs back to the United States.

“Most of our member companies are ‘in China, for China’ – selling goods to Chinese companies and consumers, not to Americans – and thus ultimately boosting the U.S. economy,” Jarrett said.