WASHINGTON (Reuters) – U.S. President Donald Trump on Tuesday floated a plan to fine ZTE Corp (000063.SZ) (0763.HK) and shake up its management as his administration considered rolling back more severe penalties that have crippled the Chinese telecommunications company.

Trump’s proposal ran into immediate resistance in Congress, where Republicans and Democrats accused the president of bending to pressure from Beijing to ease up on a company that has admitted to violating sanctions on Iran.

Their reaction could complicate Trump’s efforts to win concessions from China that would narrow a $335 billion annual trade gap.

Speaking at the White House, Trump said U.S. technology companies have been hurt by an April Commerce Department decision that prohibits them from selling components to China’s second-largest telecommunications equipment maker. ZTE shut down most of its production after the ruling was announced.

“They can pay a big price without necessarily damaging all of these American companies,” Trump said.

Trump said ZTE may instead face a fine of up to $1.3 billion, new management and a new board of directors, though it was not clear whether he had the legal authority to impose new financial penalties.

Before Trump spoke, Republicans and Democrats in Congress were already taking action to prevent him from easing pressure on ZTE.

The Senate Banking Committee voted 23-2 to make it harder for the president to modify penalties on Chinese telecommunications firms. Lawmakers said they were examining other ways to prevent him from bending to Chinese demands, perhaps by attaching restrictions to a military bill or other must-pass legislation.

“Unfortunately, every time President Xi flatters our president, he seems to back off a tough deal,” said Senate Democratic leader Chuck Schumer, who accused Trump of jeopardizing national security for what he described as minor trade concessions.

Congress last year passed a law that required the administration to impose new sanctions on Russia, though similar action this year could be more difficult as the November elections draw near. 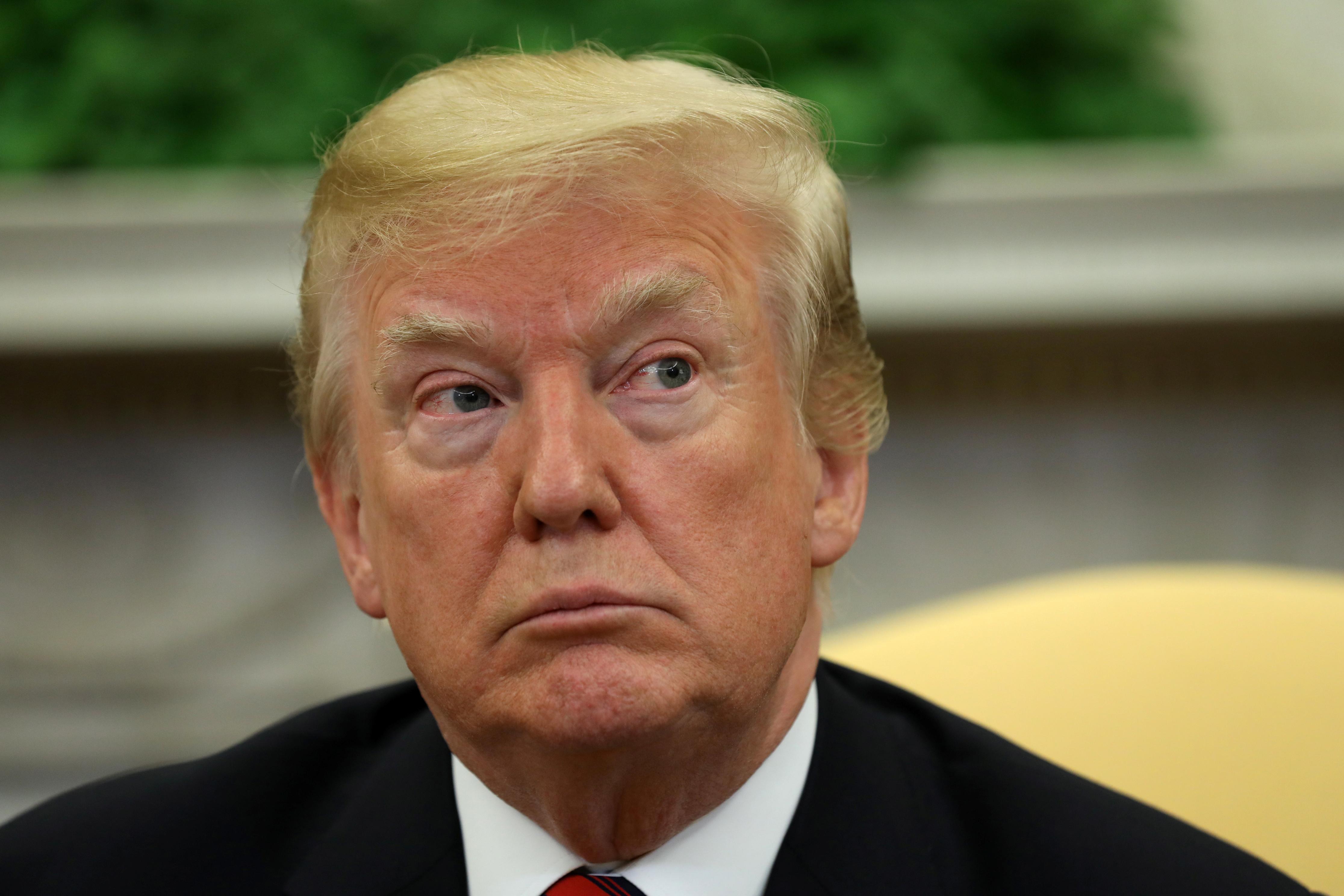 According to sources familiar with the discussions, a proposed trade deal with China would lift a seven-year ban that prevents U.S. chipmakers and other companies from selling components to ZTE, which makes smartphones and telecommunications networking gear.

In return, China would eliminate tariffs on U.S. agriculture or agree to buy more farm products from the United States.

The U.S. Commerce Department imposed the ban in April after it determined that ZTE had broken an agreement after it pleaded guilty to shipping U.S. goods and technology to Iran.

The ban has threatened the viability of ZTE by cutting off access to companies that supply 25 percent to 30 percent of its components. Suppliers include some of the biggest U.S. tech companies, including Alphabet Inc’s (GOOGL.O) Google, which licenses its Android operating system to ZTE, and chipmaker Qualcomm Inc (QCOM.O).

U.S. Treasury Secretary Steven Mnuchin told lawmakers that the treatment of ZTE was not “a quid pro quo or anything else” related to trade, and said national security concerns would be taken into consideration.

“I can assure you that whatever changes or decisions that are made in Commerce will deal with the national security issues,” Mnuchin told a U.S. Senate appropriations subcommittee.

“China knows there are those in the administration that desperately want a deal,” he said.

The Republican-controlled House of Representatives is weighing several possible changes to a defense-policy bill that would also keep up the pressure on ZTE. One proposal would block the sale of ZTE products and those of another Chinese company, Huawei Technologies [HWT.UL], until national security officials certify they are safe.

Another proposal would require the director of national intelligence to consider the security implications of any changes to the ZTE ban, while a third would require reports on quid pro quo offers between the U.S. and Chinese governments over any possible plan.

One sanctions expert questioned whether Trump has the legal authority to impose new fines on ZTE, which agreed last year to pay $1.19 billion, including $890 million in fines and penalties, and an additional penalty of $300 million that could still be imposed.

“It looks like this is going to be a case where they’ll have some minor tweaks and declare a victory and move onto the next case,” said Washington lawyer Douglas Jacobson, who represents ZTE suppliers.