(Reuters) – The Trump administration wants to fire up development of the U.S. offshore wind industry by streamlining permitting and carving out vast areas off the coast for leasing – part of its ‘America First’ policy to boost domestic energy production and jobs.

The Block Island Wind farm, off the coast of Rhode Island, U.S. is pictured in this undated handout photo obtained by Reuters June 13, 2018. Deepwater Wind/Handout via REUTERS

The Europeans have taken note.

The drive to open America’s offshore wind industry has attracted Europe’s biggest renewable energy companies, who see the U.S. East Coast as a new frontier after years of success across the Atlantic.

Less experienced U.S. wind power companies, meanwhile, have struggled to compete in their own backyard, according to lease data and interviews with industry executives. Many are steering clear of the opportunity altogether, concerned by development costs and attracted to cheaper options on land.

The Trump administration hopes the industry will help supply power to the heavily-populated Northeast, eventually creating American jobs in manufacturing turbines, towers and other components. Its efforts are part of a broader push to relax regulations and spur development across the energy complex.

For the moment, however, Europe’s renewable energy companies are the ones using the opportunity to advance their already sizable headstart in offshore wind projects.

Since 2014, European-backed companies have won all eight of the U.S. government’s competitive offshore wind lease auctions with aggressive bids that have pumped up prices into the tens of millions of dollars.

Bidding in an auction last year for nearly 80,000 acres off the coast of New York, for example, lasted 33 rounds with Norway’s Equinor, formerly known as Statoil, eventually winning the lease for a record $42.5 million. An individual lease had never before sold for more than $5 million, according to public records.

The Block Island Wind farm off the coast of Rhode Island, U.S. is pictured in this undated handout photo obtained by Reuters June 13, 2018. Deepwater Wind/Handout via REUTERS

Europeans claimed another victory in May when a partnership between Copenhagen Infrastructure Fund and Avangrid, the U.S. arm of Spain’s Iberdrola, won the largest ever U.S. contract for offshore wind power, in Massachusetts.

“The U.S. is one of the most desirable global offshore wind markets,” Jonathan Cole, Iberdrola’s managing director of offshore wind, told Reuters.

Trump’s Interior Department gave the industry a boost this year when it announced major lease sales off Massachusetts, sought input on potential lease areas off New York and New Jersey, and began a study of all Atlantic coast waters for wind energy potential.

It also proposed easing permitting, including by allowing developers to get some permits before making key decisions, like what size of turbines they would use.

Such aggressive leasing and flexible permitting helped Europe become the world’s largest offshore wind market, with thousands of wind turbines installed in the last two decades, and more than 9 billion euros in investment expected this year, according to trade group WindEurope.

While the U.S. East Coast has wind conditions and sea depths similar to the North Sea, it boasts just one five-turbine wind farm off the coast of Rhode Island.

“I’m sure that we will see more American entrants in this business as time goes on,” he said. “Until then we’re happy to fly the flag.” 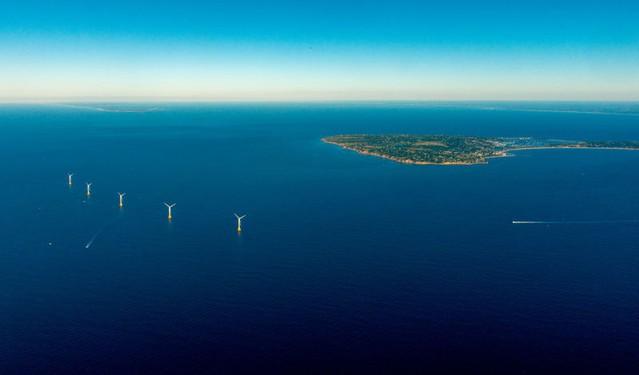 “It is a moon shot in terms of building, in terms of finding people who actually know what they’re doing from a construction standpoint,” Robo said.

NextEra, which owns 120 wind farms in the United States and Canada, did not respond to a request for additional comment.

Those concerns are echoed across much of the U.S. industry.

“There are so many opportunities to do onshore, at substantially lower cost,” said Mike Garland, the CEO of Pattern Energy Group. “It makes more sense for us to be focused in that area.”

Foreign companies are not just dominating the offshore leases. Most of the early projects, according to executives, will rely almost exclusively on imports of everything from subsea cables to turbines that are not currently made domestically – meaning much of the work will be overseas.

Components for Deepwater Wind’s five turbines off Rhode Island, for example, were shipped from Spain, Denmark and France, according to Grybowski. Their steel foundations were made in Louisiana.

If construction demand picks up, the picture could change, according to a 2017 report by consultants BVG Associates Limited.

The Interior Department’s DeVito said he saw the possibilities first hand during a visit to an offshore wind component manufacturing site in Copenhagen. He said he was he was amazed by “the level of activity, the blades, the steel towers, the cranes swinging.”

“The opportunity is to make them here,” he said.