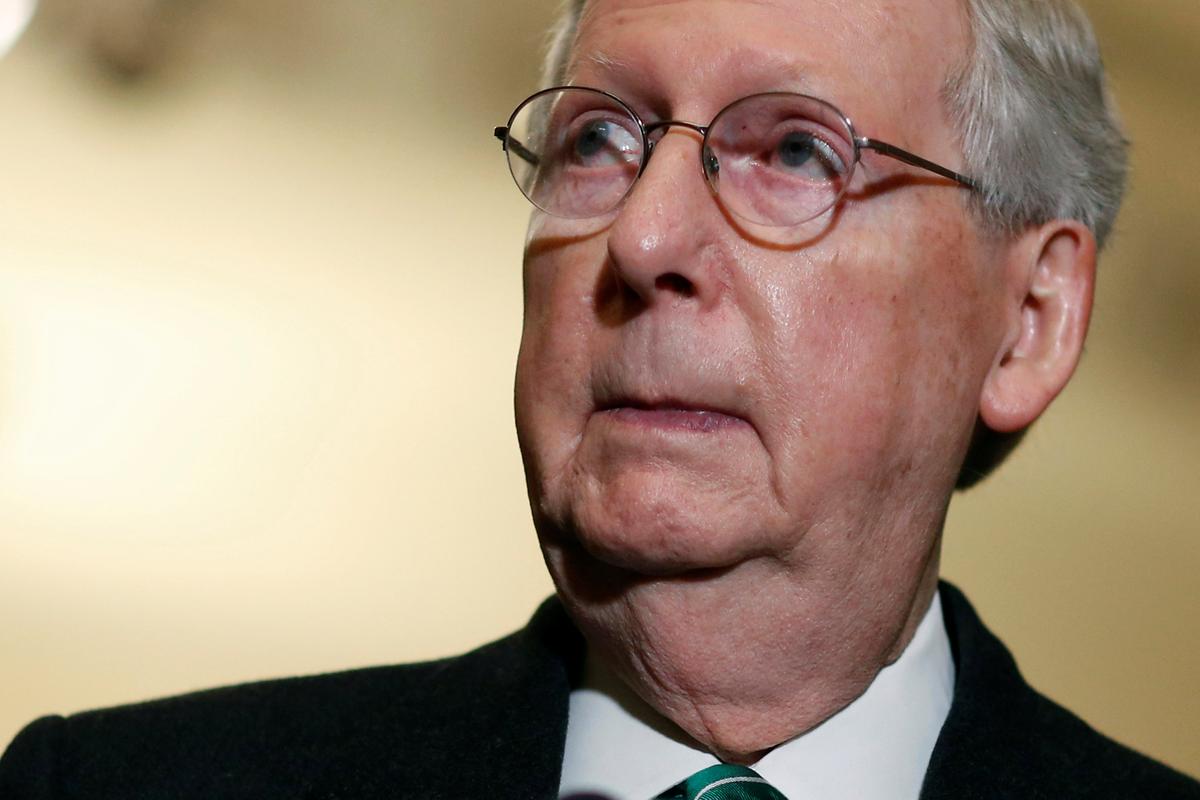 WASHINGTON (Reuters) – Economic nationalists appeared to gain the upper hand in a White House battle over trade with the resignation of Donald Trump’s top economic adviser, Gary Cohn, on Tuesday in a move that could ramp up protectionist measures that risk igniting a global trade war.

Cohn did not spell out the reasons for his resignation. He had told Trump that markets would slump on a tariffs threat and was regarded as a bulwark of economic orthodoxy in an administration whose protectionist policies have sparked alarm among U.S. legislators and in governments around the world.

Cohn’s resignation came after Trump said he was sticking with plans to impose hefty tariffs on steel and aluminum imports. While the measures on their own are relatively small, the risk is that an emboldened Trump administration will push ahead with a full-scale economic confrontation with China.

America’s trade deficit with China hit $375.2 billion in 2017, equivalent to two-thirds of the country’s total trade deficit of $566 billion. Trump has said he will remedy what he terms the jobs- and industry-destroying deficits.

“The economic nationalists now certainly have the upper hand and their camp is bigger. I think they are going to be very influential in the administration,” said Monica de Bolle, a senior fellow at the Peterson Institute for International Economics, a Washington-based think tank.

The Trump administration has launched an investigation into intellectual property abuses by China, which could dwarf any impact of the steel and aluminum proposals and trigger a sharp response from Beijing. Trump has said the fines could be huge.

With Cohn’s departure, the profile of Peter Navarro, an anti-China economist who favors protectionist measures, appears to have risen within the White House.

Navarro has written extensively of China’s military and economic threat to the United States in a series of books, including “Death by China: Confronting the Dragon — A Global Call to Action.”

He has heavily backed the steel and aluminum tariffs in recent days.

Despite a rising tide of criticism from Republican lawmakers about the proposed 25 percent tariff on steel imports and 10 percent on aluminum imports, Trump on Tuesday reiterated his plan for the tariffs.

Given the size of America’s trade deficit, Trump said the country would not be a loser in any fight.

“When we’re behind on every single country, trade wars aren’t so bad,” he said at a news conference at the White House with the Swedish prime minister.

House of Representatives Speaker Paul Ryan, a prominent Republican critic of the tariffs proposal, returned to the attack on Tuesday, saying the proposed duties were too broad. Although the measure is designed to hit China, its main impact will be on U.S. allies like Canada.

Canada is the largest supplier of both steel and aluminum to the United States.

Ryan, whose home state of Wisconsin could be hit by proposed counter-tariffs from the European Union, has called for “more surgical and more targeted measures.”

The White House has said the measures will protect industries and jobs from unfair competition and that across-the- board tariffs are needed because countries like China use third countries for shipping steel to the United States, disguising the origin.

Opponents charge that the tariffs could destroy more jobs than they create as well as risking alienating U.S. allies, while American consumers will end up paying more for a range of products from cans of beer to cars.

“There is a lot of concern among Republican senators that this could sort of metastasize into sort of a larger trade war, and many of our members are discussing with the administration just how broad, how sweeping this might be,” Senate majority leader Mitch McConnell said in his first comments on the issue.

Even before Trump announced the tariffs, the United States was mired in lengthy talks to renegotiate the North American Free Trade agreement with Canada and Mexico, two of Washington’s closest allies, to win better terms.

Six months on, the talks are stalled. The steel and aluminum tariffs risks adding the European Union to the list of disgruntled allies.

China’s economy has grown too large for the United States to take it on completely alone and trade experts said it would need friends in any fight. China is now deeply integrated into global supply chains and is home to many of the world’s global companies.

Prior to Trump’s tariff action, cross-country discussions had produced plans to pressure China over steel, an issue that affects the European Union as well as the United States.

China has stayed mum so far over the proposed tariffs, although it has threatened to cut U.S. agricultural imports if it is hit. The risk of a trade war with China – especially if severe sanctions are imposed over intellectual property issues – would escalate sharply.

“I think the chances of us having a trade war have now increased significantly,” the Peterson Institute’s de Bolle said.