TOKYO (Reuters) – Toyota Motor Corp (7203.T) and SoftBank Group Corp (9984.T) said they will team up to develop car services that rely on self-driving technology, such as hospital shuttles, as they envision a future in which fewer people drive their own vehicles.

The partnership between Japan’s top automaker and its most influential tech giant shows that even big well-funded players fear being left behind in the race to develop autonomous and connected cars.

“SoftBank alone and automakers alone can’t do everything,” said Junichi Miyakawa, chief technology officer at SoftBank Corp who will be CEO of the new company. “We want to work to help people with limited access to transportation.”

The announcement adds to a slew of deals and discussions aimed at sharing costs and securing expertise that has resulted in myriad pairings between global automakers, ride-hailing companies as well as major tech firms. 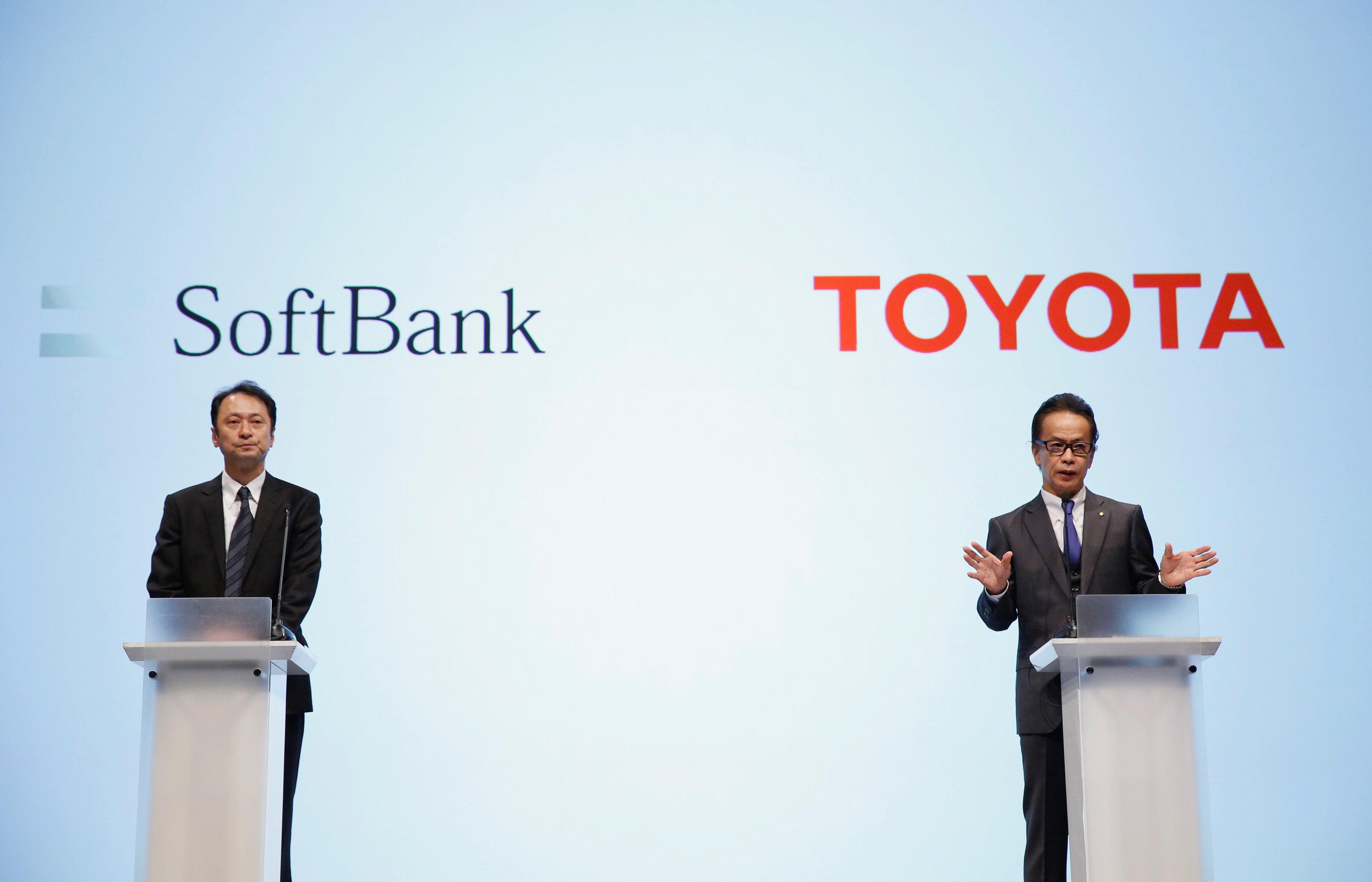 Honda Motor Co Ltd (7267.T) said on Wednesday it would invest $2.75 billion and take a 5.7 percent stake in General Motors Co’s (GM.N) Cruise self-driving vehicle unit, in which SoftBank is also an investor.

On the same day, Daimler AG (DAIGn.DE) and Renault (RENA.PA) said they may expand their cooperation to batteries, self-driving vehicles and mobility services.

Toyota and SoftBank’s new venture will start with 2 billion yen ($17.5 million) in capital, with SoftBank owning just over half of the business.

It will be called MONET, short for mobility network, and potential car services could include meal deliveries, shuttle buses as well as vehicles that offer onboard medical examinations, they said.

While both firms have been independently developing technologies for self-driving vehicles and car sharing, and each have investments in ride-hailing firms Uber Technologies [UBER.UL], Grab and Didi Chuxing, this is first time they have come together.

“We are trying to take traditional car making into new fields,” Toyota President Akio Toyoda told reporters. “We realised that Softbank shares the same vision when it comes to the future of cars, so it’s time that we partner together.”

Toyota, which has been mainly developing automated driving and artificial intelligence technologies in-house, expects the future will include convoys of shuttle bus-sized, self-driving multi-purpose vehicles used, for instance, as pay-per-use mobile restaurants and hotels.

It has been developing a service called “e-Palette” based on this concept. Amazon.com Inc (AMZN.O), Didi, Uber and Pizza Hut are early partners in the project, and Toyota has said it plans to use the service to ship athletes and guests around during the 2020 Tokyo Olympics.

MONET will roll out an autonomous driving service using e-Palette by the second half of the 2020s, the companies said.

SoftBank will provide technology to collect and analyze transportation data to ensure cars are efficiently dispatched when and where they’re needed, they said.

SoftBank has its own autonomous vehicle unit, SB Drive, which has been developing self-driving technology for buses.