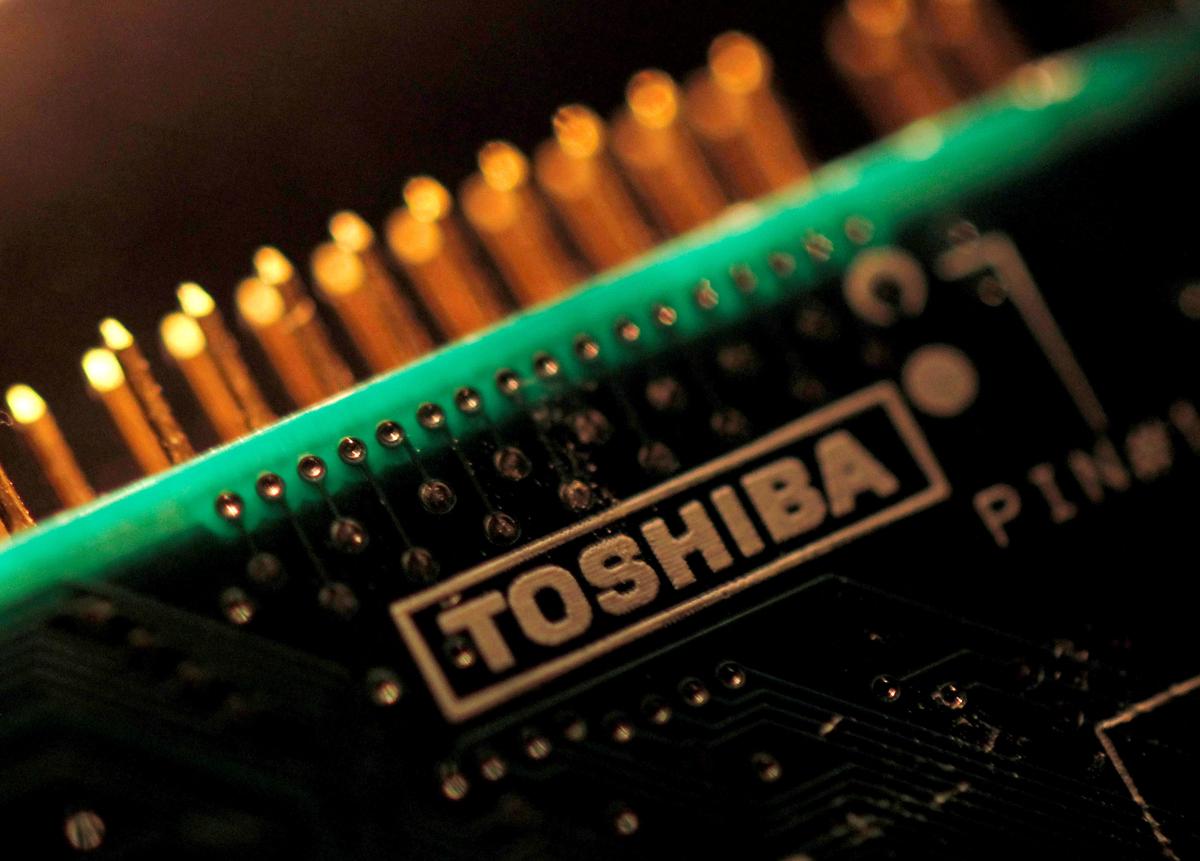 TOKYO (Reuters) – Toshiba Corp appointed a former banker experienced in dealing with distressed companies as CEO, and forecast its first annual profit in four years, helped by a buoyant chip business that it has agreed to sell.

Incoming CEO Nobuaki Kurumatani, 60, will be tasked with ensuring the smooth sale of the $18 billion chip unit – the world’s No. 2 producer of NAND memory chips and the source of most of its earnings – to a Bain-led consortium despite opposition from some activist shareholders.

The sale, which will see Toshiba retake 40 percent of the unit, is aimed at putting the conglomerate back on a firmer footing after a year of crisis stemming from huge losses at its U.S. nuclear unit, and Kurumatani declared his first priority was bolstering the conglomerate’s finances.

“Firstly, the issue is capital, to help capital recover quickly and return to global competition,” he told a news conference.

Regarded as well-connected with politicians and bureaucrats, Kurumatani currently heads the Japanese arm of private equity firm CVC Capital Partners and before that was an executive at one of Toshiba’s main lenders, Sumitomo Mitsui Financial Group (SMFG).

While at the bank, he was involved in arranging a government-led bailout plan for Tokyo Electric Power after the 2011 Fukushima earthquake and tsunami disaster.

“His appointment is designed to deal with the activist shareholders because there is no one at Toshiba with the experience to tackle this,” said a financial source familiar with matter, declining to be identified as he was not authorized to speak to media.

Current CEO Satoshi Tsunakawa, who will become chief operating officer and be in charge of day-to-day operations, reiterated that the struggling conglomerate still intended to sell the unit.

Hong Kong-based activist investor, Argyle Street Management Ltd, a hedge fund with $1.2 billion under management, has opposed the sale, arguing that injections of fresh capital meant it was no longer necessary and that the board should consider an IPO instead. It says it has other investors on its side.

The appointment of Kurumatani, effective from April, comes as Toshiba seeks to recover from the worst year of its 142-year history.

That is up from a prior forecast of a 110 billion yen loss and much higher than a consensus estimate of a 188 billion yen profit.

The return to profit, combined with an additional 600 billion yen gained from the issue of new shares to overseas funds, will help Toshiba avoid falling into negative net worth for a second consecutive year, allowing it to remain a listed company.

The share issue has helped ease pressure to complete the sale of the chip unit by the end of March – a deadline it is widely viewed as unlikely to meet due to regulatory reviews in China.

If it doesn’t complete the deal by then, it has the option of walking away, sources have said.

The chip unit, the subject of a long and hotly contested auction before the Bain-led consortium was finally chosen, has seen earnings surge on booming demand for semiconductors.