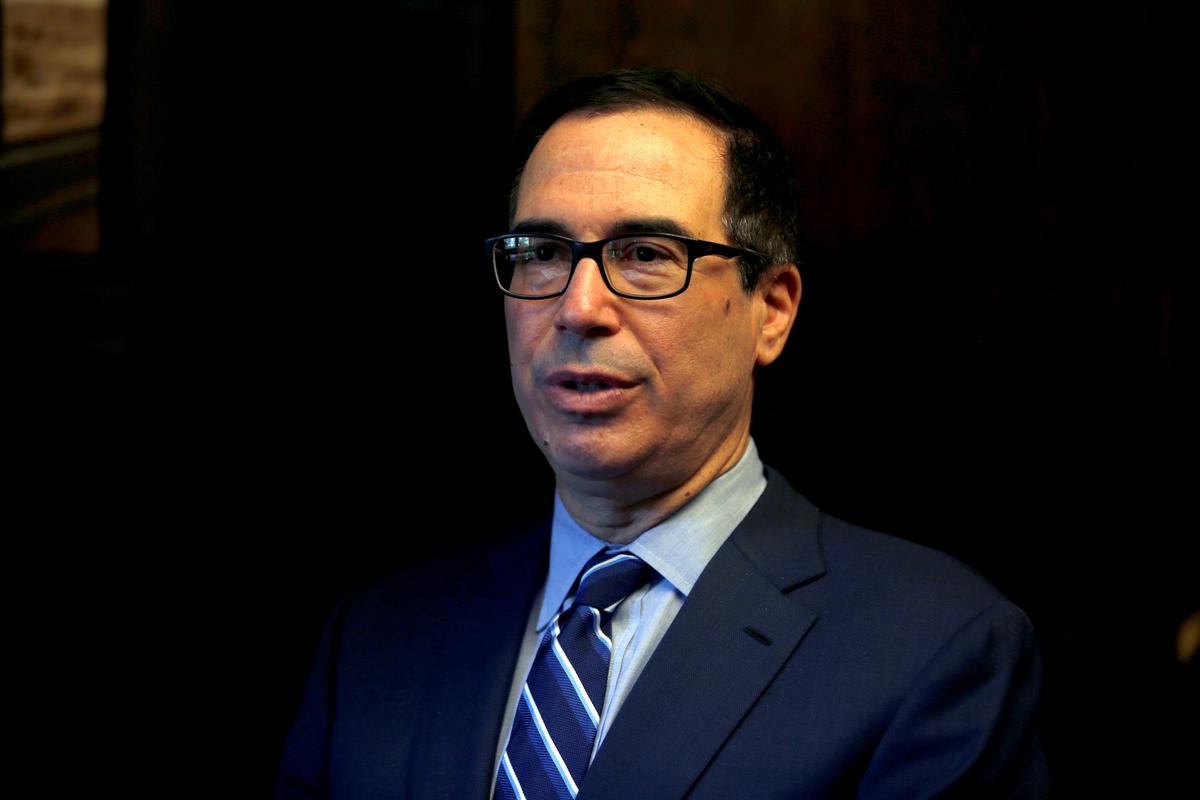 WASHINGTON (Reuters) – U.S. President Donald Trump’s Treasury secretary called top U.S. bankers on Sunday amid an ongoing rout on Wall Street and made plans to convene a group of officials known as the “Plunge Protection Team.”

U.S. stocks have fallen sharply in recent weeks on concerns over slowing economic growth, with the S&P 500 index .SPX on pace for its biggest percentage decline in December since the Great Depression.

“Today I convened individual calls with the CEOs of the nation’s six largest banks,” Treasury Secretary Steven Mnuchin said on Twitter shortly before financial markets were due to open in Asia.

U.S. equity index futures dropped late on Sunday as electronic trading resumed to kick off a holiday-shortened week. In early trading, the benchmark S&P 500’s e-mini futures contract ESv1 was off by about a quarter of a percent.

“The CEOs confirmed that they have ample liquidity available for lending,” the Treasury said.

Mnuchin “also confirmed that they have not experienced any clearance or margin issues and that the markets continue to function properly,” the Treasury said.

Mnuchin’s calls to the bankers came amid a partial government shutdown that began on Saturday following an impasse in Congress over Trump’s demand for more funds for a wall on the border with Mexico. Financing for about a quarter of federal government programs expired at midnight on Friday and the shutdown could continue to Jan. 3.

The Treasury said Mnuchin will convene a call on Monday with the president’s Working Group on Financial Markets, which includes Washington’s main stewards of the U.S. financial system and is sometimes referred to as the “Plunge Protection Team.”

The group, which was also convened in 2009 during the latter stage of the financial crisis, includes officials from the Federal Reserve as well as the Securities and Exchange Commission.

Trump has criticized the U.S. central bank for raising interest rates this year, which could further dampen economic growth. The Fed’s independence is seen as a pillar of the U.S. financial system.

Mnuchin’s calls come as a range of asset classes have suffered steep losses.

In December alone, the S&P 500 .SPX is down nearly 12.5 percent, while the Nasdaq Composite .IXIC has slumped 13.6 percent. The Nasdaq is now in a bear market, having declined nearly 22 percent from its record high in late August, and the S&P is not far off that level.

Corporate credit markets have been under duress as well, and measures of the investment grade corporate bond market are poised for their worst yearly performance since the 2008 financial crisis.

The high-yield bond market, where companies with the weakest credit profiles raise capital, has not seen a deal all month. The last time that happened was in November 2008.