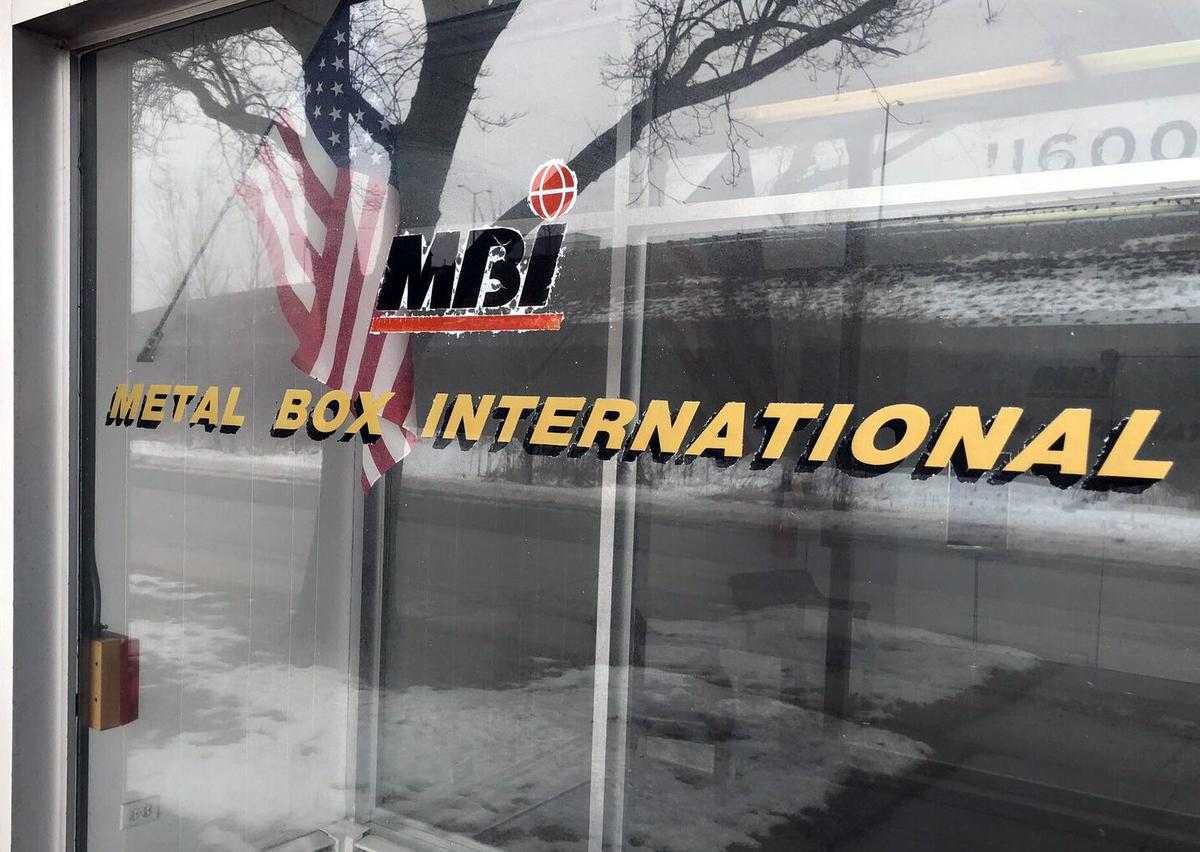 FRANKLIN PARK, Ill. (Reuters) – Nestled in an industrial park near the end of the runway of O’Hare International Airport, Metal Box International Inc. should be one of the winners of a little-known trade war over toolboxes.

In January, the U.S. International Trade Commission ruled Chinese imports had harmed domestic producers of big tool chests sold in retail stores, prompting the Trump administration to slap anti-subsidy duties of up to 95 percent on Chinese boxes. That could jump far higher later this year, after the administration decides whether to add anti-dumping duties on top of the anti-subsidy charges.

“This is a game changer for us,” said Mitch Liss, one of the owners of the privately held company, who said regaining just a small slice of the Chinese business would make the factory boom.

Metal Box International is one of only two remaining U.S. producers of such boxes. The other is Waterloo Industries, a far larger company recently acquired by Stanley Black & Decker Inc, the global tool producer.

So if retailers were going to start buying American again to avoid the mounting duties, it would almost certainly be visible at this factory.

It hasn’t worked out that way. There was a small uptick after the January ruling, Liss said, but so far no boom in orders. After spending $300,000 on new equipment in a surge of optimism, he put plans to buy additional machines on hold and has not added any new workers.

Meanwhile, the Trump administration’s move last week to crack down on steel and aluminum imports is threatening to boost costs for Metal Box International as well as Stanley Black & Decker, which uses those metals to fashion similar tool chests.

Stanley Black & Decker declined to talk about whether it was seeing any impact on its business from the new toolbox duties, though a spokesman told Reuters the International Trade Commission’s decision could mean “increased volume in the plant, which can translate into growth in U.S. manufacturing jobs.”

A spokesman for Home Depot said he would not discuss the company’s tool chest sourcing “for competitive reasons.”

The current battle over steel and aluminum tariffs underscores the risks and complexity in trade disputes, which often pit America’s love of cheap imports against its desire to protect blue-collar jobs. Winners and losers aren’t always initially clear.

Tariffs on steel and aluminum could help some U.S. workers – United States Steel Corp cited the prospect of tariffs this week as its reason to restart a mill in Illinois, for instance.

But as a consumer of steel, Liss said the metal tariffs will hurt him but quickly adds that he understands why industries are looking for protection from cheaper imports.

TURNING TO WASHINGTON TO SAVE THE PLANT

Metal Box International had a strong business in tool chests as recently as 2014, when among other models it sold a design to Home Depot with glass on the fronts of the drawers – which made it easier to see which tools were in each compartment. Those were a big seller.

But the business quickly faded, he said, as they were displaced by imports that sold to retailers at lower prices than Metal Box International could match. Shipments of boxes fell by half in 2015 and fell again by half in 2016, said Liss.

The company was planning to shut down when Liss heard that his last U.S. competitor, then called Waterloo Industries, was planning to file a trade case. Waterloo coordinated its efforts with Liss, who traveled to Washington to testify against the importers.

The trade case targeted only a slice of the toolbox industry. Small, portable toolboxes were excluded, as were professional-type toolboxes sold by companies such as Snap-On Inc, which market directly to buyers.

Companies have long sought trade protection in Washington, often finding as much success under Republicans as Democrats. The trade dispute process is meant to be bi-partisan, with an equal number of Democrats and Republicans sitting on the International Trade Commission.

But the climate now has shifted decisively in the favor of protection under Trump, especially for old-line industries like steel. The Commerce Department said it launched 82 new investigations into trade cases last year, a 58 percent jump over the year before.

“There is the potential element of companies knowing that they’re dealing with a more sympathetic administration,” which may be prompting more complaints, said Scott Lincicome, a trade expert at the free-market oriented Cato Institute.

The Department of Commerce can do subtle things to help companies succeed in these cases, he noted, like offering better guidance in how to draft complaints. But Lincicome said the number of trade cases were already on the rise before the last election. These things always tend to “come in waves,” he added.

The Metal Box International plant, which employs about 100 people, was building Husky brand tool chests for Home Depot one recent day, with workers clustered around an assembly line inserting drawers into the boxes as they rumbled down the line.

The metal-bending machines Liss bought are already lined up in the middle of the plant, but not yet operational. Ever thrifty, Liss bought the machines from a company that reconditions equipment, rather than splurging on new.

Liss said most workers here are unaware how close the plant came to shutting down or how tenuous the situation remains. And even those who do know, like the director of operations Tom St. Germain, tend not to talk about the political atmosphere that seems to be helping U.S. producers like them.

Germain said he likes President Trump, but added that “if he shut his mouth and did his job, he’d be more successful.”

Liss calls St. Germain almost every day to check whether big orders are rolling in.

These are early days, Liss said, so it still might happen. Retailers may have already stocked up on imports as they anticipated the trade ruling in favor of the domestic producers. But this would normally be a busier time, since Father’s Day – along with Black Friday and Christmas – are the highpoints of their annual selling cycle.

Still, each week that passes without a surge of orders adds to his worry and confusion. At the moment, he says “we’re back to being a little stressed out.”