MINNEAPOLIS/NEW YORK (Reuters) – With the Chinese billionaire Richard Liu at her Minneapolis area apartment, a 21-year-old University of Minnesota student sent a WeChat message to a friend in the middle of the night. She wrote that Liu had forced her to have sex with him.

“I was not willing,” she wrote in Chinese on the messaging application around 2 a.m. on August 31. “Tomorrow I will think of a way to escape,” she wrote, as she begged the friend not to call police.

“He will suppress it,” she wrote, referring to Liu. “You underestimate his power.”

This WeChat exchange and another one reviewed by Reuters have not been previously reported. One of the woman’s lawyers, Wil Florin, verified that the text messages came from her.

Liu, the founder of Chinese ecommerce giant JD.com Inc, was arrested later that day on suspicion of rape, according to a police report. He was released without being charged and has denied any wrongdoing through a lawyer. He has since returned to China and has pledged to cooperate with Minneapolis police.

Jill Brisbois, a lawyer for Liu, said he maintains his innocence and has cooperated fully with the investigation.

“These allegations are inconsistent with evidence that we hope will be disclosed to the public once the case is closed,” Brisbois wrote in an email response to detailed questions from Reuters.

Loretta Chao, a spokeswoman for JD.com, said that when more information becomes available, “it will become apparent that the information in this note doesn’t tell the full story.” She was responding to detailed questions from Reuters laying out the allegations in the woman’s WeChat messages and other findings.

Florin Roebig and Hang & Associates, the law firms representing the woman, said in an email that their client had “fully cooperated” with police and was also prepared to assist prosecutors. Florin, asked if his client planned to file a civil suit against Liu, said, “Our legal intentions with regard to Mr. Liu and others will be revealed at the appropriate time.”

Representatives for both Liu and the student declined requests from Reuters to interview their clients.

The police department has turned over the findings of its initial investigation into the matter to local prosecutors for a decision on whether to bring charges against Liu. There is no deadline for making that decision, according to the Hennepin County Attorney’s Office.

The Minneapolis police and the county attorney declined to comment on detailed questions from Reuters.

Reuters has not been able to determine the identity of the woman, which has not been made public. But her WeChat messages to two friends, and interviews with half a dozen people with knowledge of the events that unfolded over a two-day period provide new information about the interactions between Liu and the woman, a student from China attending the University.

The case has drawn intense scrutiny globally and in China, where the tycoon, also known as Liu Qiangdong, is celebrated for his rags-to-riches story. Liu, 45, is married to Zhang Zetian, described by Chinese media as 24-years old, who has become a celebrity in China and works to promote JD.com.

As the second-largest ecommerce website in the country after Alibaba Group Holding Ltd, the company has attracted investors such as Walmart Inc, Alphabet Inc’s Google and China’s Tencent Holdings.

Liu holds nearly 80 percent of the voting rights in JD.com. Shares in the company have fallen about 15 percent since Liu’s arrest and are down about 36 percent for the year.

Liu threw a dinner party on August 30 for about two dozen people, including around 20 men, at Origami Uptown, a Japanese restaurant in Minneapolis where wine, sake and beer flowed freely, according to restaurant staff and closed circuit video footage reviewed by Reuters.

Liu, who Forbes estimates is worth about $6.7 billion, ordered sashimi by pointing his finger at the first item on the menu and sweeping it all the way down to indicate he wanted everything, one restaurant employee said. The group brought in at least one case of wine from an outside liquor store to drink along with the dinner, according to the restaurant staff.

Security video footage from the restaurant shows the group toasted each other throughout the night.

Later the woman told a second friend in one of the messages that she felt pressured to drink that evening.

“It was a trap,” she wrote, later adding “I was really drunk.”

The party ended around 9:30 p.m. The tab: $2,200, the receipt shows. One inebriated guest was helped out of the restaurant by three of his associates, according to the restaurant security video footage.

Liu and the woman then headed to a house in Minneapolis, according to one person familiar with the matter. Another source said that the house had been rented by one of Liu’s classmates in the academic program to give the class a place to network, smoke, drink whiskey and have Chinese food every night.

But they did not go in. Liu and the student were seen outside the house before Liu pulled her into his hired car, a person with knowledge of the incident said.

In the WeChat message to one of her friends sent hours later, the student said Liu “started to touch me in the car.” 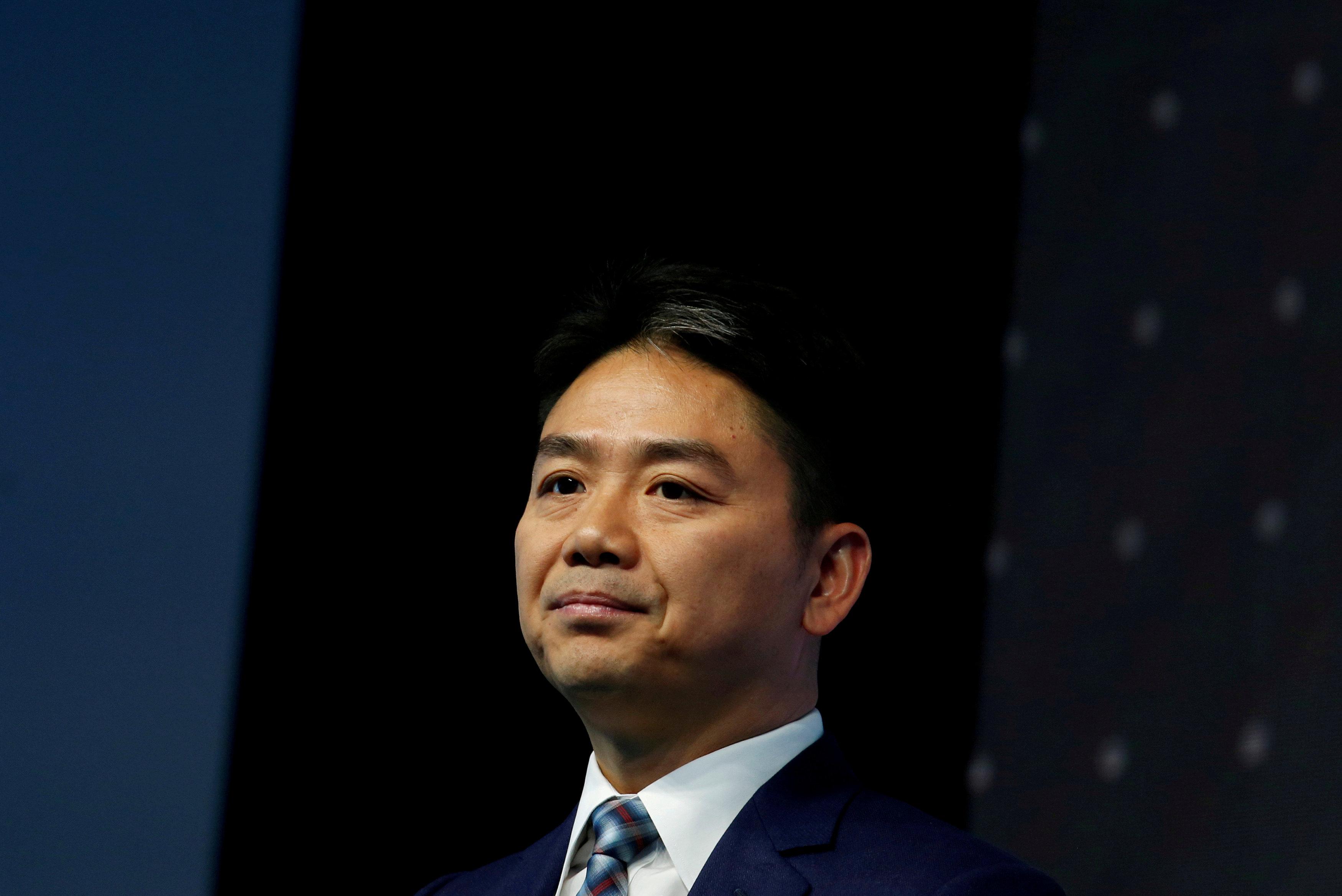 “Then I begged him not to… but he did not listen,” she wrote.

They ended up back at her apartment, according to sources with knowledge of the matter.

Reuters could not determine what happened over the next two hours. According to the police report, the alleged rape occurred at around 1 a.m.

The woman subsequently reached a fellow University of Minnesota student who notified the police, according to two sources and her WeChat messages.

Minneapolis police came to her apartment early that morning while Liu was there, but made no arrests, another source familiar with the situation said. Reuters could not determine exactly what occurred during the police visit, but the source said the woman declined to press charges in Liu’s presence.

In a WeChat message with one of her friends, she asked her friend why the billionaire would be interested in “an ordinary girl” like her.

“If it was just me, I could commit suicide immediately,” she wrote. “But I’m afraid that my parents will suffer.”

By Friday morning, she also wrote to one of her two friends that she had told several people about what had happened, including the police, a few friends and at least one teacher. She wrote that she would keep her bed sheets. “Evidence cannot be thrown away,” she wrote.

On Friday afternoon, the student went to a hospital to have a sexual assault forensic test, the source said.

Police officers arrived at a University of Minnesota office shortly after an emergency call around 9 p.m that night. The student was present at the office, alongside school representatives, and accused Liu of rape, the source said.

Representatives for the University of Minnesota declined to comment on detailed questions from Reuters.

Liu came to the university office around 11 p.m. while police were there, according to the person familiar with the matter. As an officer handcuffed him, Liu showed no emotion. “I need an interpreter,” he said, according to the source.

Liu was released about 17 hours later. Minneapolis police have said previously that they can only hold a person without charges for 36 hours.

Within days, Liu was back in China, which has no extradition treaty with the United States.

“Liu has returned to work in Beijing and he continues to lead the company. There is no interruption to JD.com’s day-to-day business operations,” Loretta Chao, the JD.com spokeswoman, told Reuters.

Additional reporting by Blake Morrison and Christine Chan in New York, Adam Jourdan and Engen Tham in Shanghai, and Cate Cadell in Beijing; Editing by Paritosh Bansal and Edward Tobin