(Reuters) – Shares in Tesla Inc (TSLA.O) dropped as much as 9 percent on Wednesday after the electric car maker cut U.S. prices for all its vehicles to offset lower green tax credits and fell short on deliveries of its mass-market Model 3 sedans in the fourth quarter.

The price cut “naturally begs the question: If demand for Tesla vehicles is as strong as Tesla has indicated in the past, why cut price?” Bank of America analyst John Murphy wrote in a client note. “In our view, this move could suggest that what many bulls assume to be a substantial backlog … for Tesla may be less robust.”

Tesla turned a profit for the third quarter but is unprofitable for the first nine months of 2018, and cash flow remains a concern for investors.

Chief Executive Elon Musk is under intense pressure to deliver on his promise of stabilizing production for the Model 3, which is seen crucial for easing a cash crunch and achieving long-term profitability.

Musk, who has often set goals and deadlines that Tesla has failed to meet, surprised investors by delivering on his pledge to make Tesla profitable in the third quarter, for only the third time in its 15-year existence.

Tax credits on its vehicles contributed to that profit.

The news also comes as automakers and analysts expect U.S. new vehicle sales to weaken in 2019.

Tesla said it was churning out almost 1,000 Model 3s daily, broadly in line with Musk’s promises but slightly short of Wall Street expectations.

But the price cut of $2,000 on the model took the market by surprise and weighed on the stock, pushing it down 9.4 percent in morning trade on a broadly weaker day for U.S. markets. Shares were last down 7.8 percent at $306.97.

“The price cut is what’s driving the stock lower, as it openly acknowledges the sunset of subsidy dollars is a material headwind,” said Craig Irwin, an analyst with Roth Capital Partners.

Under a major tax overhaul passed by the Republican-controlled U.S. Congress in 2017, tax credits that lower the cost of electric vehicles are available for the first 200,000 such vehicles sold by an automaker. The tax credit is then reduced by 50 percent every six months until it phases out.

“Longer term we think the price cut is more concerning – it suggests Tesla customers are perhaps a bit more price sensitive than you might have thought,” Hargreaves Lansdown analyst Nicholas Hyett write in a client note.

Hyett estimated that if Tesla continues to deliver cars at the same rate, the price cut will mean $700 million in lost revenue in 2019.

In a client note Wedbush analyst Daniel Ives said the price cut was “a potential positive” for demand, “but not what the bulls wanted to hear on the impact to profitability and ultimately the bottom line.”

Tesla has urged buyers to make use of the federal tax credit, with Musk reminding them on Twitter on Saturday that the benefit would drop to half at the beginning of 2019.

Starting Wednesday, the company will be reducing its price for Model S, Model X and Model 3 vehicles in the U.S. by $2,000, it said.

Tesla said that based on its own compilation of analysts’ forecasts, its delivery numbers were in line with market expectations.

Bank of America analyst John Murphy wrote that the numbers were in line with market consensus, though below the bank’s estimate of 71,500 Model 3s.

Total deliveries rose from the third quarter to 90,700 cars, but missed forecasts, which had been influenced by analysts’ expectations of a surge in buyers looking to cash in on the tax credit before year-end. 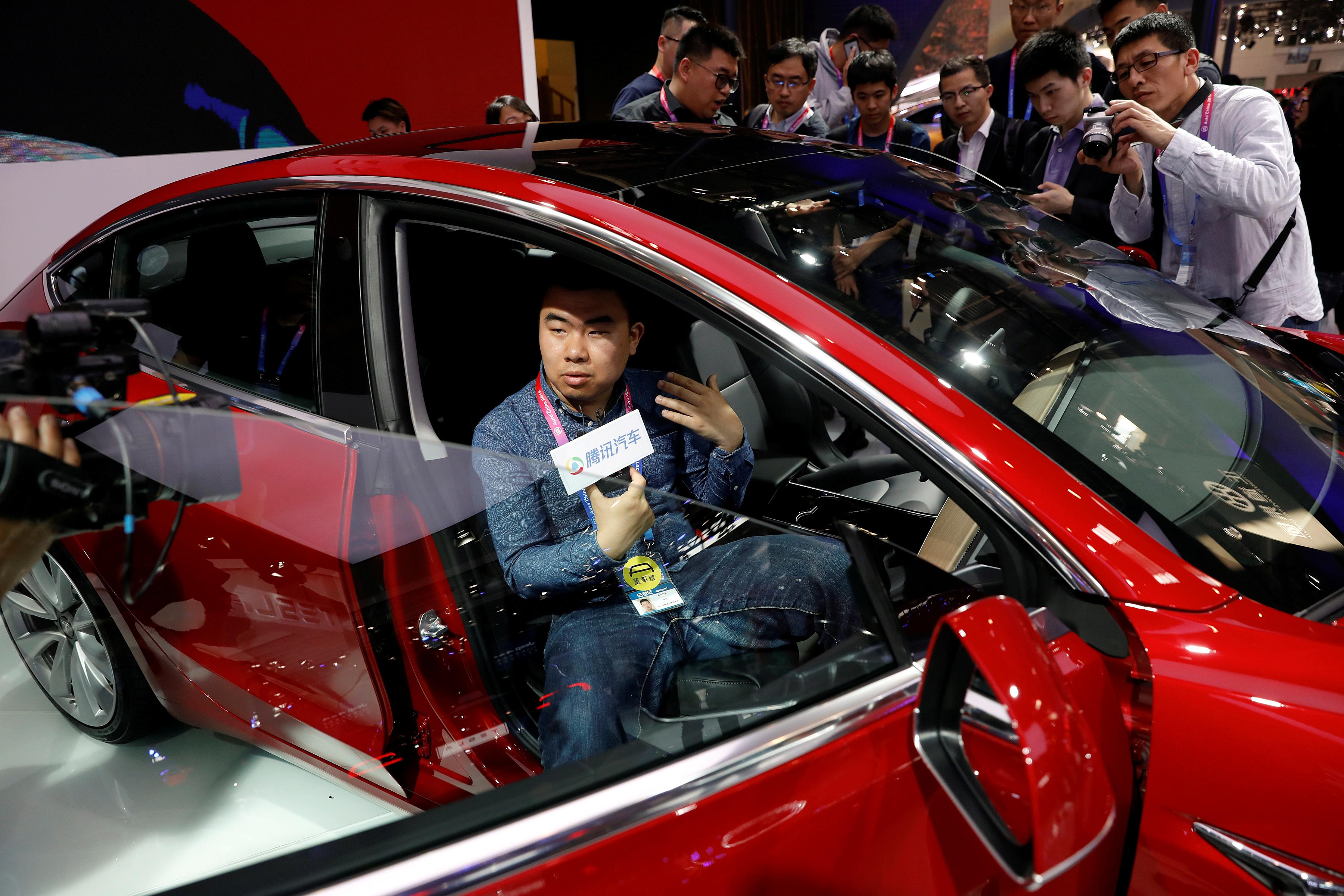 “Tesla disappointed the market. The deliveries are below our estimates and the consensus estimates. I don’t expect that Tesla operates in the black in 2019,” Frank Schwope, an analyst with NORD/LB said.

Reporting by Sonam Rai and Akanksha Rana in Bengaluru; editing by Sweta Singh and Nick Zieminski