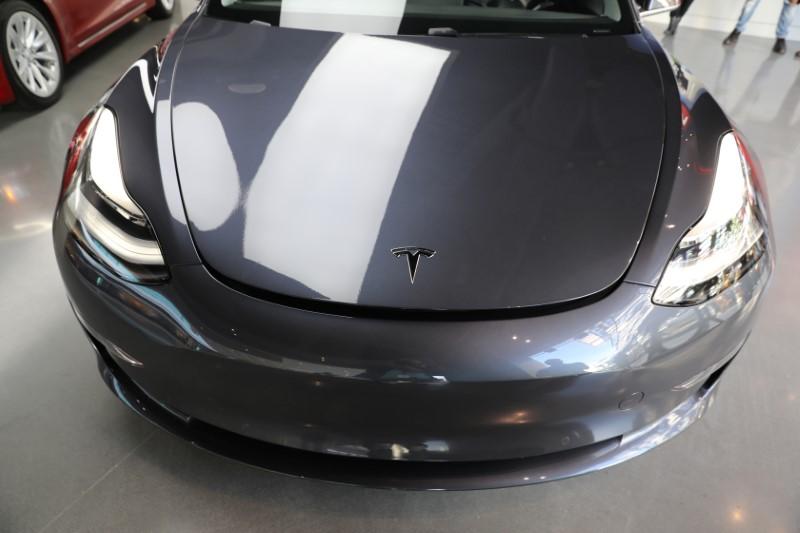 A Tesla Model 3 is seen in a showroom in Los Angeles, California U.S. January 12, 2018. REUTERS/Lucy Nicholson

Tesla said the planned pause was normal and common for increases in output when a company is ramping up a new product.

“Our Model 3 production plan includes periods of planned downtime in both Fremont and Gigafactory 1. These periods are used to improve automation and systematically address bottlenecks in order to increase production rates,” a Tesla spokesperson said in an email.

Fremont, where the Teslas are built, is near San Jose, California. Their batteries are manufactured at the Gigafactory 1 in Sparks, near Reno, Nevada.

A Tesla Model 3 is seen in a showroom in Los Angeles, California U.S. January 12, 2018. REUTERS/Lucy Nicholson

The company did not provide specifics about the production upgrade, but it said there could be more periods of downtime in coming months.

The company, however, said in the note that while it has plans to achieve those goals, “our prior experience on the Model 3 ramp has demonstrated the difficulty of accurately forecasting specific production rates at specific points in time.”

“We are taking many actions to systematically address bottlenecks and add capacity in places like the battery module line where we have experienced constraints, and these actions should result in our production rate significantly increasing during the rest of (the first quarter) and through (the second quarter),” the company said in the note to shareholders.