The company was able to assemble and paint 210 Model 3s during the first of two 12-hour shifts on Wednesday, one worker told Reuters. On one of two Monday shifts, the company produced 305 of the vehicles, another worker told Reuters. The number of vehicles assembled per shift is displayed for line workers in the plant.

The company is running two 12-hour shifts per day every day this week on the Model 3, the two workers who provided the production figures said. If the company produces 300 Model 3 vehicles during all 14 shifts, it would produce 4,200 cars for the week.

Tesla declined to comment on its production numbers or on employee reports of problems.

The Model 3, initially promised at a base price of $35,000, is meant to be the mass market vehicle that can propel electric-powered vehicles into the mainstream and Tesla into profitability. But Tesla has struggled to produce the volume of cars it needs because of problems with the assembly line and other snafus.

The company’s Fremont, California, factory has also been plagued by a series of fires, including at least two in June. 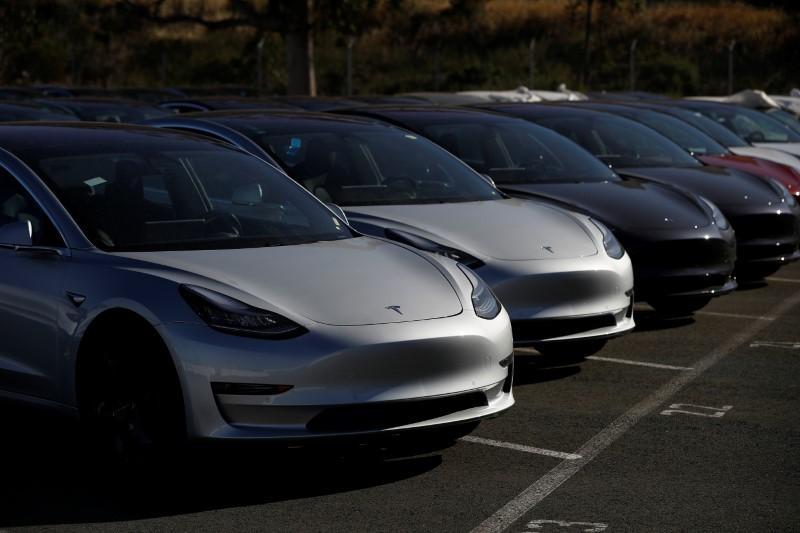 At the company’s shareholder meeting earlier this month, Musk said it was “quite likely” that Tesla would be able to build 5,000 Model 3s per week by the end of June. At the time, Tesla was producing 3,500 of the vehicles per week, Musk said.

But the worker who provided the production figure for Wednesday’s first shift said bottlenecks persist.

“Paint can’t handle the load right now because they have the Model S and X that they normally do and now they have all these Model 3s,” the worker told Reuters. “The paint department just can’t keep up.”

“Basically we have been in a long endurance race, and now the coach is yelling at us for a 4-mile finishing kick,” said one employee at the company’s Gigafactory near Reno, Nevada, where batteries for the Model 3 are made.

To reach Musk’s goal, the company has borrowed workers from its Model S and Model X lines this week to work on the Model 3, and on Wednesday, factory supervisors announced to workers that everyone is to come in on Saturday.

But the tented line is only producing a few cars so far, said the worker who provided the production figure for one of Monday’s shifts.

Often, those cars have to be reworked, said the worker who provided the Wednesday figure. “It’s a makeshift area,” the worker said.