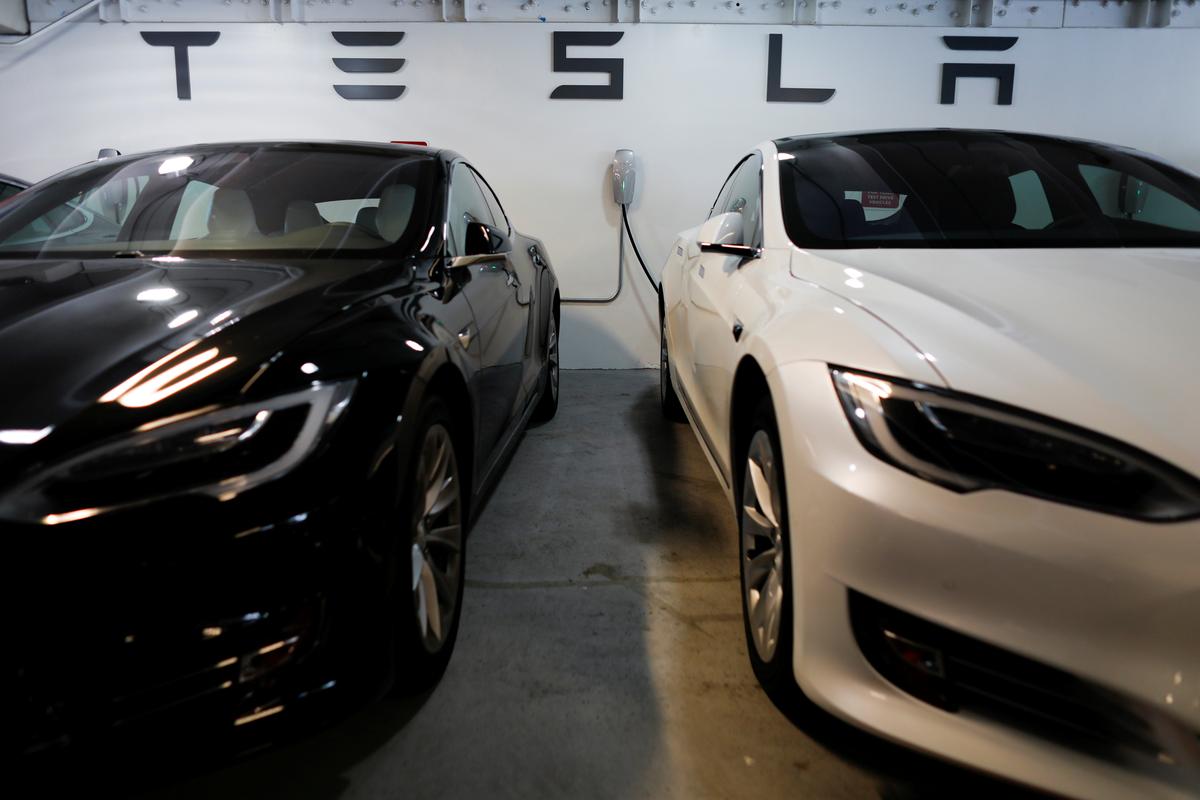 NEW YORK (Reuters) – Tesla Inc shares jumped more than 12 percent on Tuesday after long-time critic and short-seller Citron Research said it had a change of heart and is now betting the electric automaker’s stock will rise.

The firm said in a research note that Tesla’s Model 3 sedan is a “proven hit” and serious competition from other automakers for the plug-in car market has not materialized, marking a sharp reversal from its previous stance.

Tesla will release third-quarter earnings after the market close on Wednesday, a week earlier than it has typically reported.

Chief Executive Elon Musk has promised a Model 3 ramp-up will help make Tesla profitable in the quarter, and has said the automaker should not have to sell more shares to raise cash.

But a number of Wall Street analysts say the ramp-up, added to other production promises and debt obligations, make some sort of capital raise likely.

Citron’s change of opinion came just a month after the Andrew Left-led firm sued Tesla and Musk, saying Musk fraudulently engineered his abandoned plan to take the carmaker private to “burn” short-sellers. Citron said it was not withdrawing its lawsuit against Musk and Tesla.

Left told Reuters: “I would not short this again. I understand that industry better and I think the company just turned the corner.”

The reversal does not necessarily signal a broader capitulation by Tesla’s other short-sellers.

Tesla short-sellers had been adding positions over the last week, according to Ihor Dusaniwsky of financial analytics firm S3 Partners, and the company has the second-biggest short interest behind Apple Inc.

Tesla announced record quarterly car production earlier this month but warned of major problems with selling cars in China due to new tariffs.

“The numbers coming out of the company are too compelling,” Left said.

Tesla shares got another boost during mid-day trading following a tweet by Richard Pearson’s Mox Reports, saying “numbers will be blowout.”

Investors have been rattled by Musk’s abrupt turnaround on his go-private plan and other recent behavior including smoking marijuana on a live web show.

The U.S. Securities and Exchange Commission called Musk’s Aug. 7 tweets about financing for a deal “false and misleading” and accused him of fraud last month. Tesla and Musk settled with the regulator by agreeing to pay $20 million each and have Musk step down as chairman for three years.

“While the media has been focused on Elon Musk’s eccentric, outlandish and at times offensive behavior, it has failed to notice the legitimate disruption of the auto industry that is currently being dominated by Tesla,” Citron said.