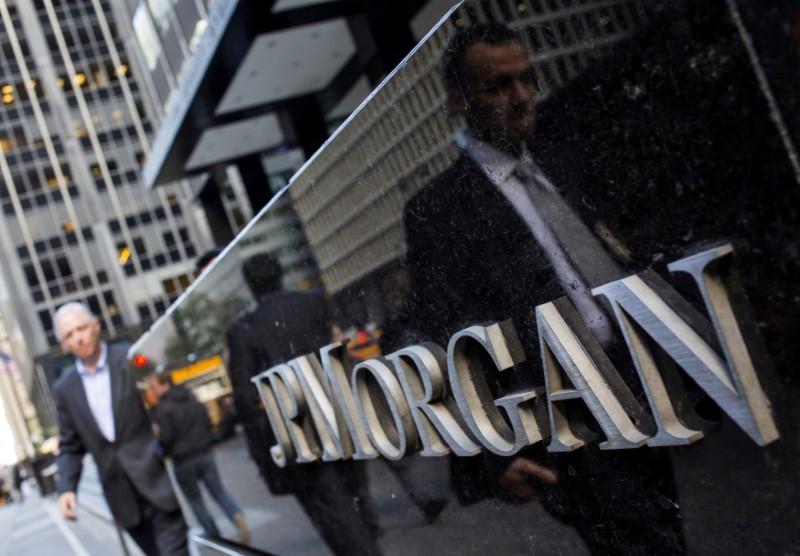 (Reuters) – Ten years after JPMorgan (JPM.N) bought failing investment bank Bear Stearns, one of the first big harbingers of the financial crisis, investor views on U.S. banks are significantly brighter, although the sector may have already put its biggest gains behind it.

JPMorgan initially announced its bid of $2 per share for Bear Stearns on March 16, 2008 when the Wall Street bank was on the brink of collapse due to its exposure to toxic mortgage bonds and a draining of its cash reserves after customers fled as the subprime mortgage crisis intensified.

Fast forward ten years and U.S. bank balance sheets are much healthier as post-crisis regulations such as the Dodd-Frank Act of 2010 forced banks to be more transparent and led them to shore up reserves and make less risky bets.

The S&P 500 bank stock index .SPXBK shows gains for six of the last 10 years, including 20 percent gains in each of the last two years, as investors piled in for a piece of the profit expansion they expected from tax reform, rising interest rates and deregulation.

But now some analysts and investors are questioning how much further the sector can rise as they watch loan growth, rising credit losses and worry about an acceleration in the pace of Federal Reserve interest rate hikes.

“There’s a lot priced into the banks at this point,” said Jeff Morris, head of U.S. equities at Aberdeen Standard Investments in Boston citing bets on tax reform, deregulation and up to three U.S. interest rate hikes in 2018.

“To propel the bank stocks from here you need more of the same. You need additional signs of regulatory reform. You’d also need to see higher interest rates and more in the way of loan growth,” said Morris. “In loan growth we haven’t seen much acceleration since the tax plan and the banks themselves aren’t talking about seeing a real acceleration in loan growth.”

Bank loans and leases grew 3.2 percent in 2017 compared with a 6.5 percent rise in 2016 and the growth rate had dipped to 2.7 percent by February, according to the Federal Reserve data.

JPMorgan has come the furthest of the S&P bank stock index constituents with a price increase of 215 percent since March 14, the last trading day before its Bear deal was announced.

Its shares are now trading at 12.7 times forward estimates compared with 12.5 for the broader bank sector and 17 for the benchmark U.S. S&P 500 stock index. In comparison JPMorgan’s price earnings ration was 10.7 around the time of the Bear deal while the sector was valued at 12.3 and the S&P 500 had a multiple of 13.

Charles Peabody, analyst at Compass Point Research & Trading expects loan growth to pick up in 2018, but he is less convinced about credit cost trends.

“We don’t see any particular credit crisis coming up,” he said but predicted that losses would “pick up over the next several years to get back to a more normal level.”

Since consumer credit costs started to rise albeit gradually, in 2017, Compass Point’s Peabody now expects costs from corporate loans to also reach an inflection point in 2018.

“People are being overly optimistic in earnings estimates because they’ve not factored in higher costs for credit going forward,” he said. “I expect loan loss provisions for the big banks to double from current levels between now and at some point in 2019.”

Wall Street analysts expect S&P 500 index banks to report 26 percent earnings growth for 2018, compared with 12.3 percent for 2017, according to Thomson Reuters data, but Peabody is skeptical.

“The banks stocks will start to underperform at some point in the second half this year as people’s optimism is not realized,” he said.

Rising interest rates are also putting bank investors on edge. While rate increases tend to boost profits as banks can charge more for loans, if the rise is too steep it could dampen demand for mortgages or home refinancing loans.

“The easy gains are behind us,” said Rick Meckler, president of investment firm LibertyView Capital Management in Jersey City, New Jersey. “In banks, rising rates are a positive and a negative. Right now it’s a positive but at some point the negative aspects will come into play. Investors have to realize there’s a danger level they have to watch for.”