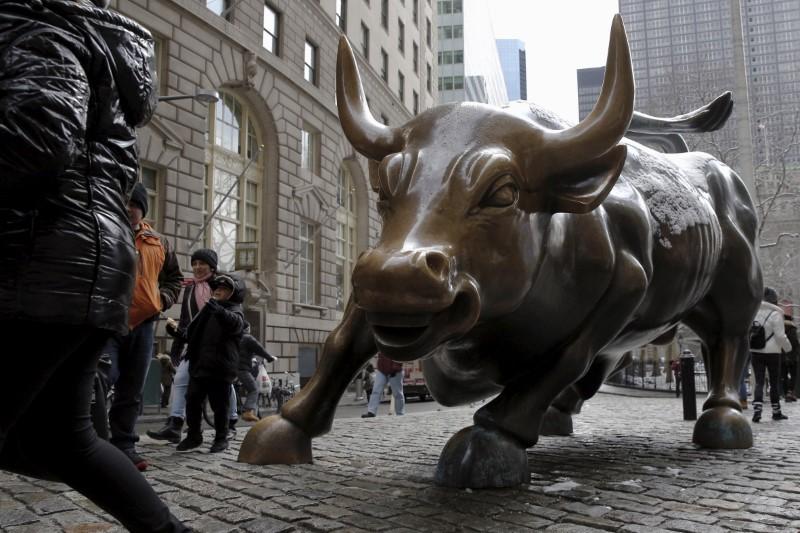 NEW YORK (Reuters) – Luke Thomas, 44, an information technology field manager who lives in Miami, began investing in the U.S. stock market in his early 20s, attracted by the prospect of learning “how to grow a little bit of money into a lot,” he said.

At the time, he put most of his money into a handful of small-cap and over-the-counter stocks. Yet watching the Russell 2000 index of small-cap companies fall more than 60 percent during the 2008-2009 financial crisis scared him into diversifying his portfolio. He now invests in large-cap stocks, real estate, options, and cryptocurrencies such as bitcoin, spreading his risk over several asset classes.

“A younger Luke would have focused 90 percent on crypto, putting all my eggs in one basket. But this way, I’m not overly exposed,” he said.

Thomas is not alone in his hesitation to make big bets.

Ten years after the start of the financial crisis that erased $16.4 trillion in assets from U.S. households, Americans have yet to embrace the U.S. stock market with the same fervor as before, holding fewer individual stocks and putting less money into equities overall despite an uninterrupted 9-year bull market that has pushed the S&P 500 up nearly 310 percent from its 2009 lows.

Overall, U.S. households have $900 billion less invested in stocks than in 2007, according to Goldman Sachs research, leaving buying by U.S. corporations now the greatest driver of demand. In 401(k) retirement plans, meanwhile, investors now hold an average of 52.4 percent in equity-only funds, down from the 64.7 percent they held in 2007, according to Fidelity.

Instead, investors now hold an average of 33.2 percent of their assets in blended target-date funds that combine stocks, bonds and cash based on a person’s expected retirement date, more than double the 14.5 percent of assets invested in the category in 2007.

“There just doesn’t seem to be the same level of interest or animal spirits” among investors now for equities, said Mark Paccione, director of investment research at Raleigh, North Carolina-based Captrust Financial Advisors, which oversees $250 billion in assets.

Clients are much more concerned about the effect of rising interest rates and inflation on their bond portfolios, he said.

“They’re very worried we will have a bear market in bonds and direct almost all of their focus there,” he said.

ERA OF STOCK-PICKING LOOKS OVER

Investors are not only holding fewer assets in stocks overall, but those dollars that are invested in the market are increasingly likely to be put into index funds or exchange-traded funds that track broad indexes rather than in individual shares or funds that are run by a stockpicker.

Financial advisors say that the push is driven by clients who lost trust in the ability of professional fund managers after nearly all of them failed to anticipate the financial crisis.

“Index investing is more prevalent than it’s ever been, and that’s because active management didn’t protect you from losses during the crisis and has underperformed over the last 10 years,” said Matt Hanson, a senior wealth advisor at Los-Angeles based Kayne Anderson Rudnick, which oversees approximately $18.9 billion in assets.

Passive funds now comprise about 46 percent of total mutual fund and ETF assets, compared with just 8 percent in early 2008, according to fund-tracker Morningstar. There are now 1,400 passively managed equity mutual funds and ETFs, with a total of $5.4 trillion in assets, compared with 707 funds holding $1.2 trillion in 2007, according to Lipper data. That push toward passive investing has helped make index-based fund providers BlackRock Inc and privately-held Vanguard the world’s two largest money managers.

The growth rates of the trading of options are accelerating faster at brokers such as E Trade Financial and TD Ameritrade than they are for the trading of individual equity shares, said Mac Sykes, an analyst at Gabelli & Co. Monthly stock trading volume for the NYSE Group, meanwhile, was 43 percent lower in 2017 than in 2007, according to NYSE data.

Instead of the day-traders of the 1990s dot-com craze or the house-flippers of the mid-2000s, small-scale investors say they are looking for cryptocurrencies such as bitcoin to deliver the outsized returns they no longer believe the stock market can deliver.

Layla Tabatabaie, an entrepreneur and advisor to tech startups who lives in New York, began investing in initial coin offerings, or ICOs, about a year and a half ago, she said. She now holds the majority of her portfolio in cryptocurrencies, which she sees as offering the possibility for greater gains.

“The way that I see crypto as being more favorable than stocks is it seems like there is more of an opportunity for retail investors to get in earlier,” she said. “Crypto now is taking the place of the way stocks used to behave 10 years ago, 15 years ago.”