NEW YORK (Reuters) – A gauge of global equity markets fell on Monday, pulled down by a sell-off in U.S. technology heavyweights, while the dollar slipped against the euro ahead of several central bank monetary policy meetings later this week.

Most major currencies stuck to narrow trading ranges ahead of central bank decisions. The Bank of Japan ends a two-day meeting on Tuesday, the U.S. Federal Reserve concludes its policy meeting on Wednesday, and the Bank of England is expected to raise interest rates on Thursday.

Wall Street stocks also closed down on the tech sell-off, which included Microsoft (MSFT.O) as another big decliner.

The technology index .SPLRCT tumbled 1.78 percent as disappointing results spurred concerns about future growth for a sector that has led U.S. equities to record highs.

“There’s a lot of money and speculation piled into the FAANG stocks, and now that money is coming out,” said Wayne Kaufman, chief market analyst at Phoenix Financial Services in New York.

“It’s money coming out of a crowded trade,” he said. 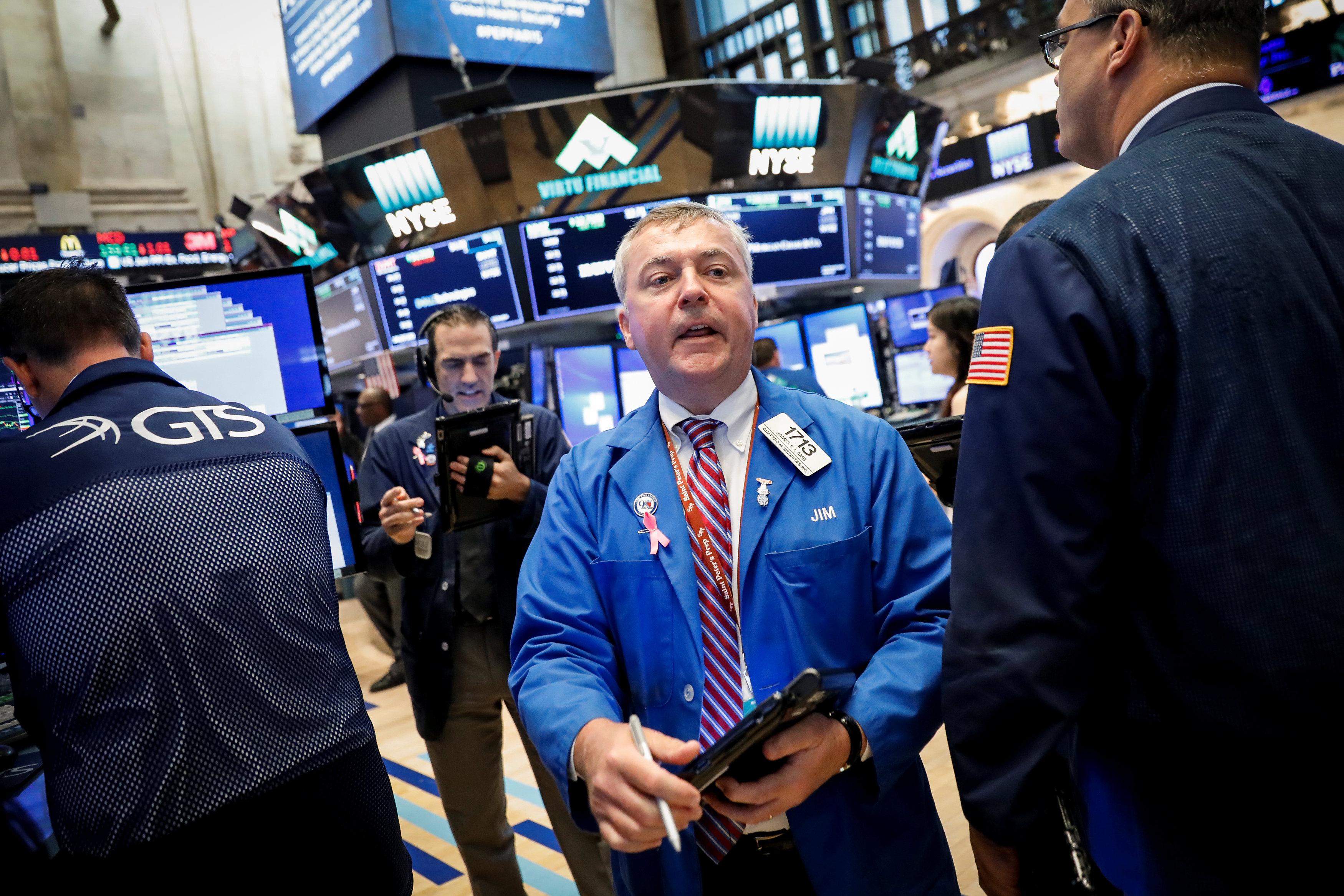 “You’re seeing a change in leadership in the market, and that’s the underlying story here. Energy, financials, materials and industrials are the early leaders,” Arone said.

The S&P telecommunications services index .SPLRCL rose 1.95 percent and the S&P energy sector .SPNY jumped 0.84 percent as oil prices gained. Investors remained cautious over the supply outlook and a potential hit to global output due to U.S. sanctions on Iran. U.S. crude CLc1 rose $1.44 to settle at $70.13 a barrel while Brent LCOc1 settled up 68 cents at $74.97.

The dollar slipped the most against the euro, with the common currency 0.41 percent higher as it recovered from its weakest weekly performance against the greenback in six weeks. The euro tumbled last week after the European Central Bank reaffirmed that rates would stay low through next year’s summer.

Analysts said the euro rebounded largely because traders felt it had been oversold last week.

Euro zone government bond yields rose after a strong Italian auction boosted demand for Italian debt at the expense of higher-rated markets in the bloc.

Expectations for the upcoming Bank of Japan meeting also pressured yields, analysts said, along with German and Spanish inflation data that remained slightly above the ECB’s price stability target in July.

Germany’s 10-year government bond yield DE10YT=RR, the benchmark for the euro zone, rose more than 4 basis points to a six-week high of 0.46 percent.

Yields on U.S. Treasury bonds rose, with the benchmark 10-year at a six-week high, as investors sold U.S. government bonds on growing speculation that the BOJ may adjust its ultra-loose monetary policy at its meeting.

Gold steadied ahead of this week’s Fed meeting, which could give clues about the outlook for U.S. interest rates and the dollar, key factors for precious metals prices.