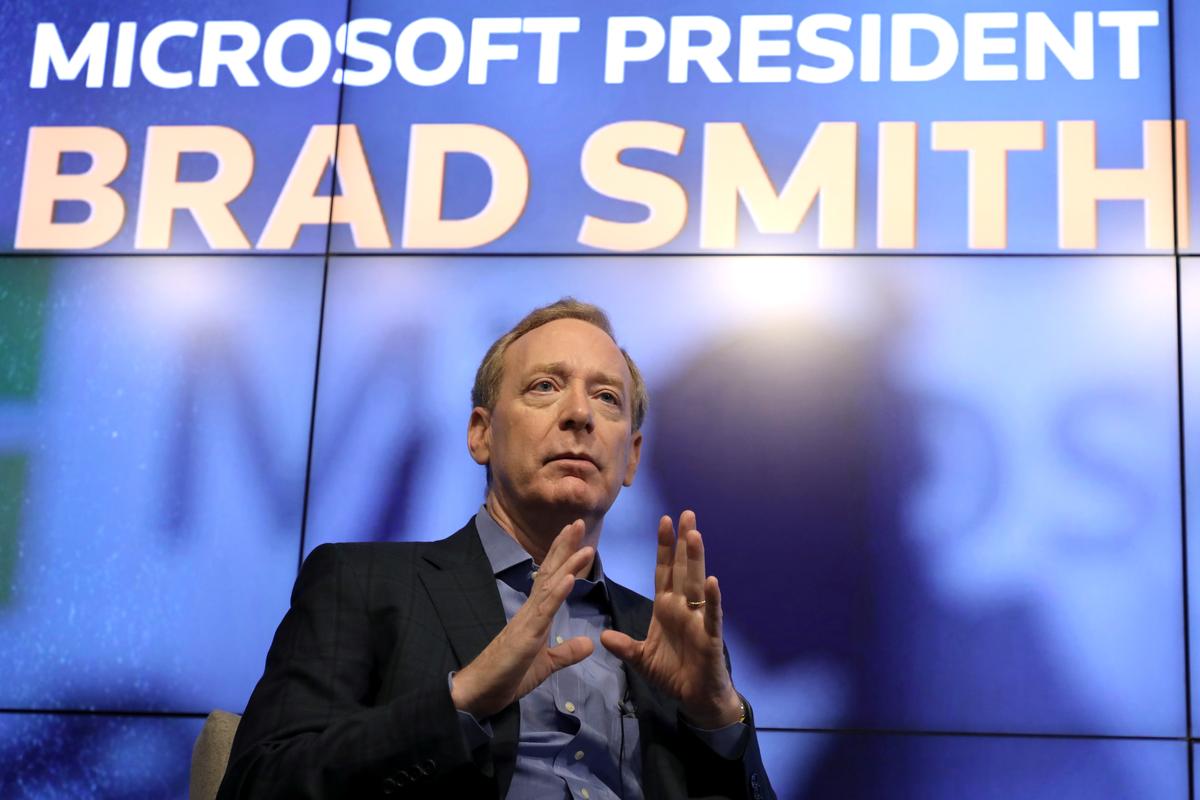 NEW YORK and SAN FRANCISCO (Reuters) – Microsoft Corp President and Chief Legal Officer Brad Smith said on Friday that technology companies are likely to change how they moderate online platforms in response to new laws from foreign governments, regardless of whether U.S. lawmakers act to change a U.S. law that has allowed social media platforms to flourish.

Smith said that Section 230 of the U.S. Communications Decency Act, which says that tech companies cannot be sued for what users of their online platforms say, was a needed law in the late 1990s when it first passed but that technology companies are now more mature and should have a “new level of responsibility” for what is said on their sites.

He also said that other countries such as New Zealand were passing laws in the wake of events like the mass murder in Christchurch earlier this year, which was broadcast live on social media platforms.

“The laws around the world are going to change, and because technology is so global, American companies will adopt a new approach even if the United States Congress does nothing,” Smith said, during an interview with Reuters Editor-in-Chief Stephen J. Adler in New York. Smith spoke to Reuters as part of a tour to promote his recently released book, “Tools and Weapons.”

In the interview, Smith also said Microsoft has turned down government requests for facial recognition software in cases where it fears misuse and will never sell the technology for surveillance.

“We won’t sell facial recognition services for the purposes of mass surveillance anywhere in the world,”

Microsoft has called for stronger regulation of facial recognition technology, which has been used in China to track ethnic minorities. Smith stopped short for calling for an outright ban on the technology, saying that Microsoft believes it has valid uses and has argued that governments should move faster to regulate it.

Reporting by Stephen Nellis in San Francisco and Sheila Dang in New York, editing by Louise Heavens and Steve Orlofsky