HANGZHOU, China (Reuters) – A tearful Jack Ma formally left Alibaba (BABA.N) on Tuesday, donning a guitar and a rock star wig at an event for thousands of employees of the e-commerce giant he founded 20 years ago in a small shared apartment in Hangzhou city in eastern China.

During a four hour celebration in an 80,000-capacity stadium, Alibaba’s billionaire executive chairman delivered on his promise of a year ago to hand over to CEO Daniel Zhang.

Costumed performers, some dancing to dubstep music and dressed in traditional Chinese dress, and singers paid tribute to Ma’s reputation for dressing up and performing at big events, entering to a parade of floats representing Alibaba divisions such as shopping site Tmall and payment service Ant Financial.

“After tonight I will start a new life. I do believe the world is good, there are so many opportunities, and I love excitement so much, which is why I will retire early,” Ma told guests and employees.

Ma was spotted at one point welling up with tears as staff put on skits and sang songs, prompting the topic “Jack Ma has cried” to trend on Chinese social media platform Weibo.

Zhang, also clad in rock star garb, then delivered a solo, having earlier said that Alibaba would keep investing in areas such as cloud computing.

Ma’s exit comes as Alibaba has grown to become Asia’s most valuable listed company, with a market capitalization of $460 billion. It employs over 100,000 people, and has expanded into financial services, cloud computing and artificial intelligence. 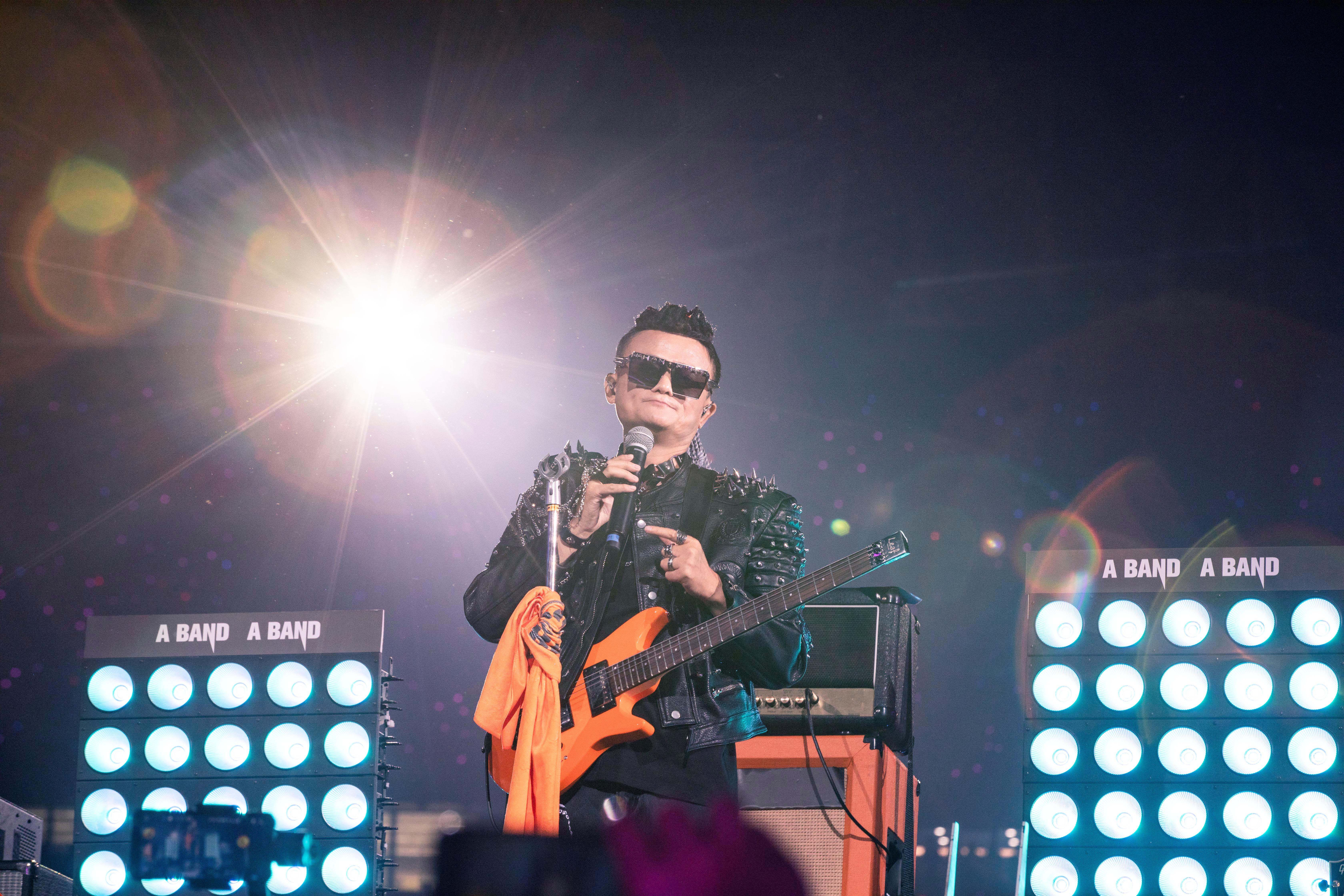 The company also said on Tuesday that it had adopted six new core values, among which one was a pledge to “respect the work-life balance decisions of every individual”, marking a step away from Ma’s recent comments urging tech company employees to work nights and weekends, which sparked a nationwide debate.

Ma also told attendees that he hoped to see Alibaba shoulder more responsibility to improve society amid the sweeping changes brought about by technologies like big data and 5G.