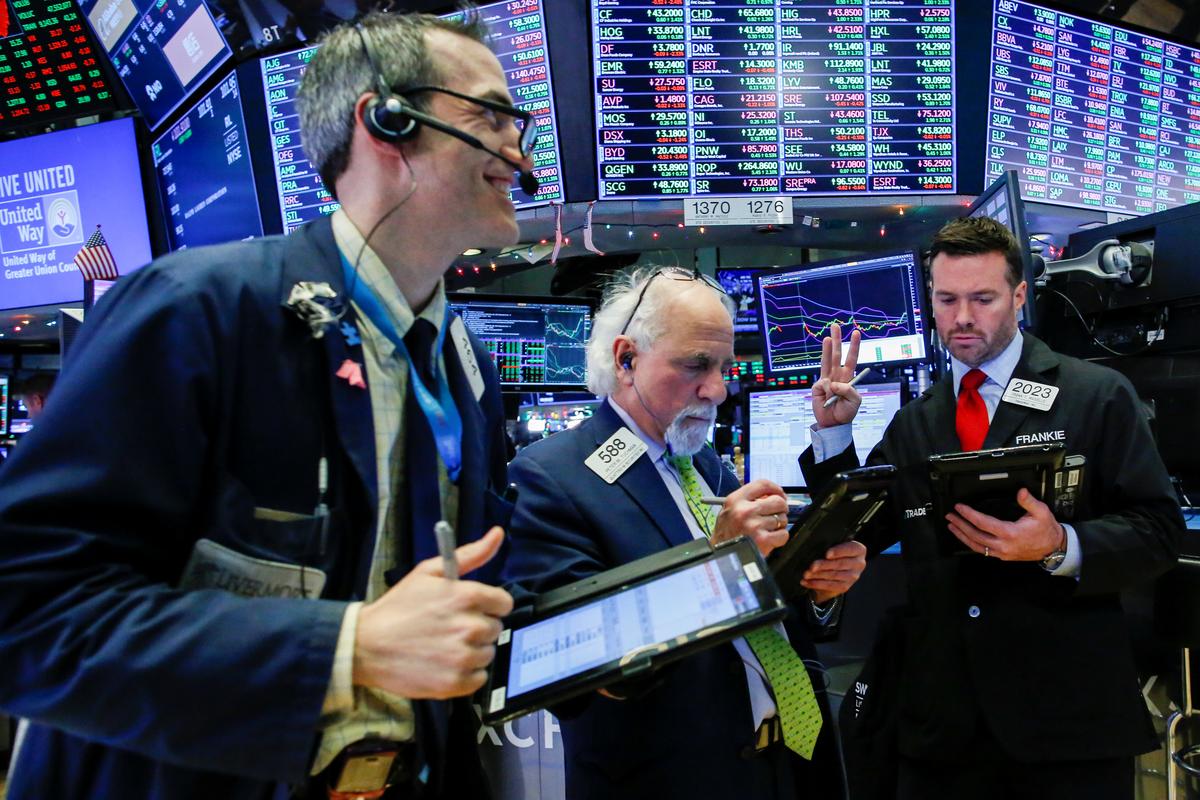 NEW YORK (Reuters) – World stock markets rallied on Friday while bond yields rose after sharply declining earlier in the week as Beijing announced a new round of trade talks with Washington and U.S. employment data pointed to economic strength.

Equities around the globe were buoyed by the news that China and the United States will hold trade talks in Beijing on Monday and Tuesday.

In the United States, stocks got another boost as stronger-than-expected U.S. employment data soothed some concerns of slowing economic growth. That was welcome news to investors after sharp declines on Thursday following Apple Inc’s (AAPL.O) cut in its revenue forecast.

“As nervous as we all were yesterday on this Apple news, this does help to soften that a bit, that maybe the consumer or the average person still is more confident than we are giving them credit for,” said J.J. Kinahan, chief market strategist at TD Ameritrade in Chicago.

The strong U.S. jobs report raised questions among some market watchers about the Federal Reserve’s monetary policy, which has been scrutinized in recent weeks as economic worries have mounted. However, Wall Street surged further after Fed Chair Jerome Powell spoke at a meeting of the American Economic Association and said he would not resign if asked to by U.S. President Donald Trump.

Conversely, safe-haven assets that had climbed this week as equity markets were roiled came down substantially. Treasury yields rose sharply after the release of U.S. employment data, and the dollar gained 0.6 percent against the yen. Spot gold prices, which reached a six-month peak on Thursday, dropped 0.8 percent.

The pan-European STOXX 600 index jumped 2.67 percent, while MSCI’s gauge of stocks across the globe gained 2.16 percent.

Earlier, an announcement from China’s central bank that it would cut the amount of cash that banks must hold as reserves for the fifth time in the past year lifted Asian and European stocks. The move frees $116 billion for new lending as Beijing tries to reduce the risk of a sharper economic slowdown.

Japanese equity markets, which opened for their first session of the new year, were the main exception, weighed down by the sharp rise in the yen in the past few days.

The news of the U.S.-China trade talks boosted oil prices, with both Brent LCOc1 and U.S. crude CLc1 futures around 4 percent higher.