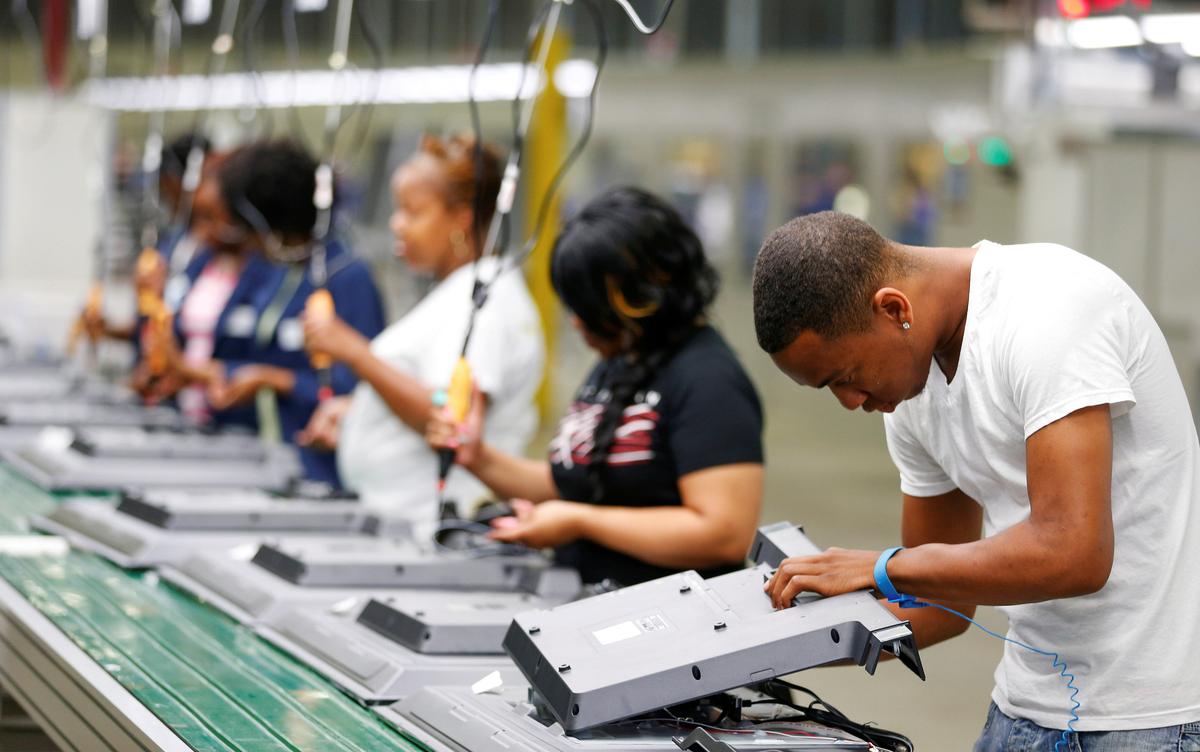 WASHINGTON (Reuters) – U.S. job growth likely rose at a brisk clip in February and probably pushed down the unemployment rate to a more than 17-year low of 4.0 percent, but wage gains are expected to have slowed after three straight months of strong increases.

The closely watched employment report from the Labor Department on Friday is expected to underscore the economy’s strength and bolster expectations that the Federal Reserve will raise its interest rate forecasts for 2018. U.S. financial markets have almost priced in an interest rate increase at the Fed’s March 20-21 policy meeting. The Fed is currently anticipating three rate hikes this year.

Nonfarm payrolls probably increased by 200,000 jobs last month amid unseasonably mild weather, according to a Reuters survey of economists, after a similar gain in January. That would be above the monthly average of 181,000 jobs in 2017 and the about 100,000 jobs per month needed to keep up with growth in the working-age population.

Last month’s expected moderation is seen lowering the year-on-year increase in average hourly earnings to 2.8 percent from 2.9 percent in January, the largest rise since June 2009.

But wage growth in February could surprise on the upside because of a calendar quirk and as some companies like Starbucks Corp (SBUX.O) and FedEx Corp (FDX.N) use some of their windfall from a $1.5 trillion income tax cut package to boost workers’ salaries. Walmart (WMT.N) announced an increase in entry-level wages for hourly employees at its U.S. stores effective February.

“If earnings are a bit hot again, I think the market will start to increase bets that the Fed is going to turn more aggressive in raising interest rates this year,” said Ryan Sweet, senior economist at Moody’s Analytics in West Chester, Pennsylvania. “We are starting to see hawkish rhetoric coming from the dovish wing of the Fed.”

Speculation that the central bank would upgrade its interest rate projections was stoked by Fed Chairman Jerome Powell when he told lawmakers last week that “my personal outlook for the economy has strengthened since December.”

While Powell said there was no evidence of the economy overheating, he added “the thing we don’t want to have happen is to get behind the curve.”

The economy is near full employment and there are concerns that fiscal stimulus in the form of the income tax cuts and increased government spending could cause it to overheat.

The tightening labor market is expected to spur faster wage growth this year and help to lift inflation toward the Fed’s 2 percent target.

Employment gains were likely broad in February. Manufacturing payrolls are forecast increasing by 15,000 jobs, matching January’s gain. The sector is being supported by strong domestic and international demand as well as by a weaker dollar.

Construction employment likely increased further after advancing by 36,000 jobs in January. The average workweek is expected to have rebounded to 34.4 hours after declining to 34.3 hours in January.