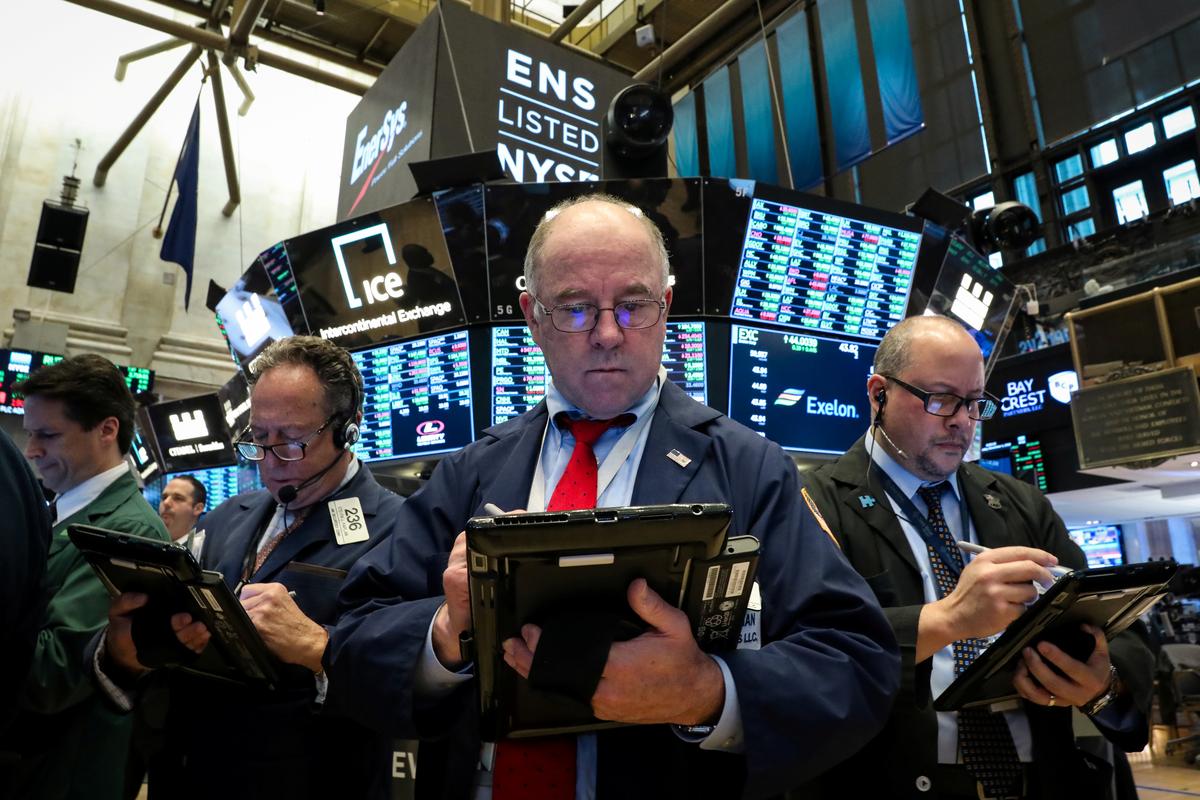 NEW YORK (Reuters) – Concerns that a trade deal between the United States and China may not be imminent reined in a rally in world equity markets and reversed gains on Wall Street on Friday, while strong U.S. wage growth boosted U.S. bond yields.

Markets had earlier climbed on hopes that the world’s two biggest economies were mending their shaky trade relations.

A steep decline in shares of Apple Inc (AAPL.O) further weighed on sentiment in the U.S. stock market after the iPhone maker warned that sales during the crucial holiday quarter would likely miss expectations.

White House economic adviser Larry Kudlow told CNBC that while President Donald Trump plans to meet Chinese President Xi Jinping later this month, he has not asked U.S. officials to draw up a proposed trade plan, contradicting a report earlier in the day that had buoyed hopes of a trade dispute resolution.

That erased early gains in U.S. stocks and curtailed a rally in global markets that had lifted emerging market stocks by their largest daily gain since 2016.

“The stock market is focused on tariffs and they believe that increased tariffs are going to hurt the economy,” said Mike Rask, director of trading at Hodges Capital in Dallas. “There was the belief overnight that we were close to a trade deal with China and now it looks like that is not the case.”

Apple’s shares tumbled 6.6 percent, taking its market value below $1 trillion, after the company said sales for the final quarter would likely miss expectations.

In Europe, Germany’s export-heavy DAX .GDAXI had jumped as much as 1.5 percent, its best session since July, before giving up most of its gains.

Oil prices were weighed down by a report that the U.S. government has agreed to let eight countries, including close allies South Korea and Japan, as well as India, keep buying Iranian oil after Washington re-imposes sanctions.