LOS ANGELES/MIAMI (Reuters) – Starbucks Corp (SBUX.O) appealed to customers for forgiveness in a controversy over alleged racial profiling on Tuesday, saying its behavior toward two black men last month had been reprehensible as it closed 8,000 U.S. stores for anti-bias training.

The company settled privately with the men after a Philadelphia cafe manager’s call to police resulted in their arrests on April 12. It was closing company-owned U.S. stores at around 2 p.m. local time on Tuesday as a first step in training 175,000 employees on how to recognize their own unconscious biases and avoid unintentional discrimination.

Analysts expect the closures, coming during the typically slow afternoon hours, would cost Starbucks $5 million to $7 million in lost business. Some 6,000 licensed Starbucks cafes will remain open in locations such as grocery stores and airports.

The Philadelphia arrests sparked protests at the coffee chain, known for its support of same-sex marriage and other left-leaning social issues.

Starbucks Executive Chairman Howard Schultz, who crafted the chain’s culture in his decades as chief executive officer, in an open letter called the manager’s 911 emergency call and the subsequent arrests by police “reprehensible.”

“We determined that insufficient support and training, a company policy that defined customers as paying patrons—versus anyone who enters a store—and bias led to the decision to call the police,” he said. 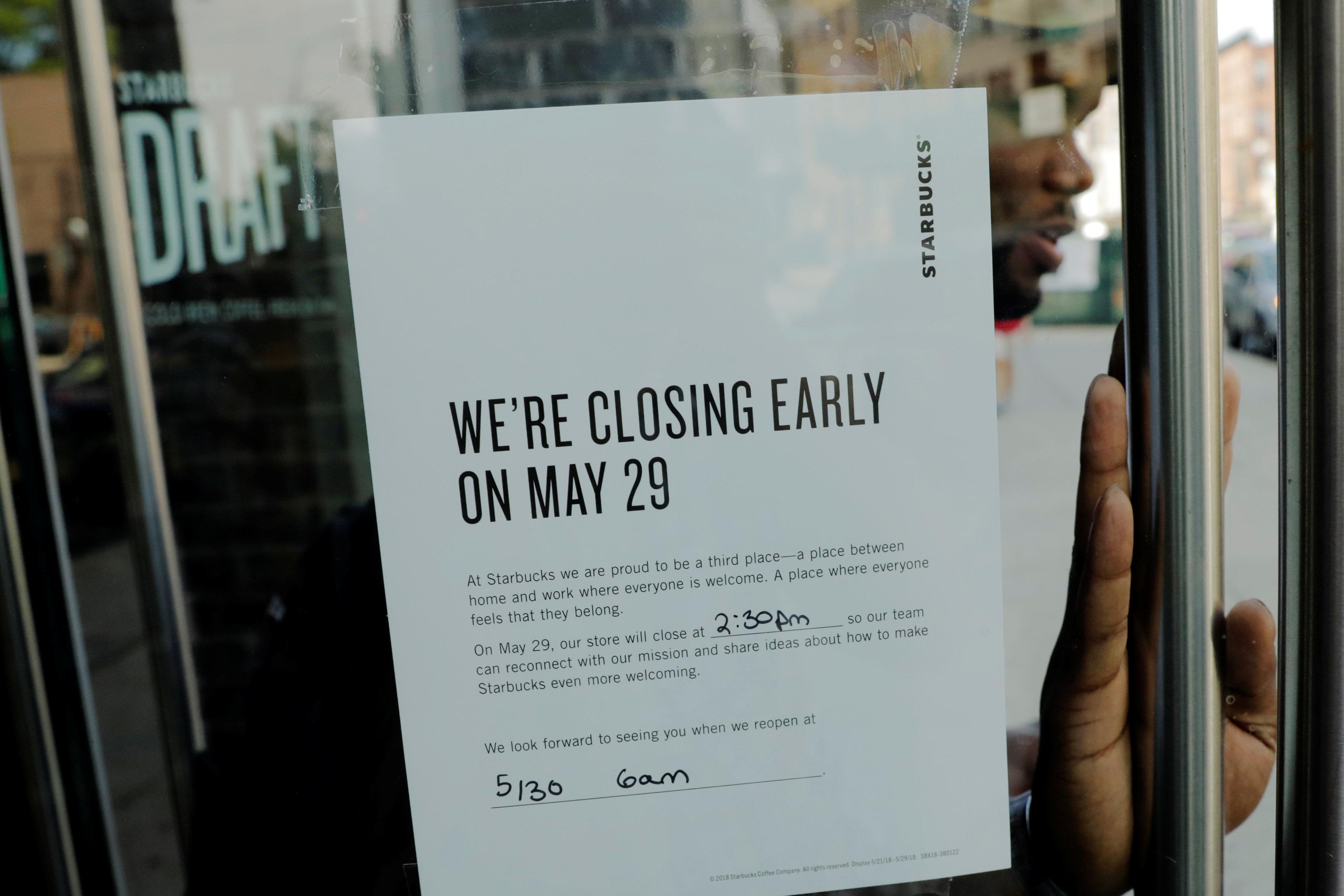 “They’ve been doing it the right way; they could’ve just sent out a letter or done nothing, but they didn’t,” Hines said.

Their comments underscore Starbucks’ vulnerabilities at a time when independent coffee shops are proliferating and powerful rivals are making assertive moves into the business it still dominates.

On Tuesday JAB Holdings said it would buy a majority stake in sandwich and coffee shop chain Pret A Manger for $2 billion, expanding its reach into the coffee sector, where it also battles Nescafe and Nespresso maker Nestle (NESN.S).

Civil rights leaders advising Starbucks on the training hope it will reinvigorate decades-old efforts to ensure minorities get equal treatment in restaurants and stores, setting an example for other restaurants and retailers.

The move has renewed speculation that Schultz is paving the way for a U.S. presidential bid, something he has repeatedly denied. But he appeared to be more open to the idea of political office in an interview with CNN on Tuesday.

“I want to be as involved as I possibly can as a citizen to help the country,” he said. “I don’t know what that’s going to mean in the future.”