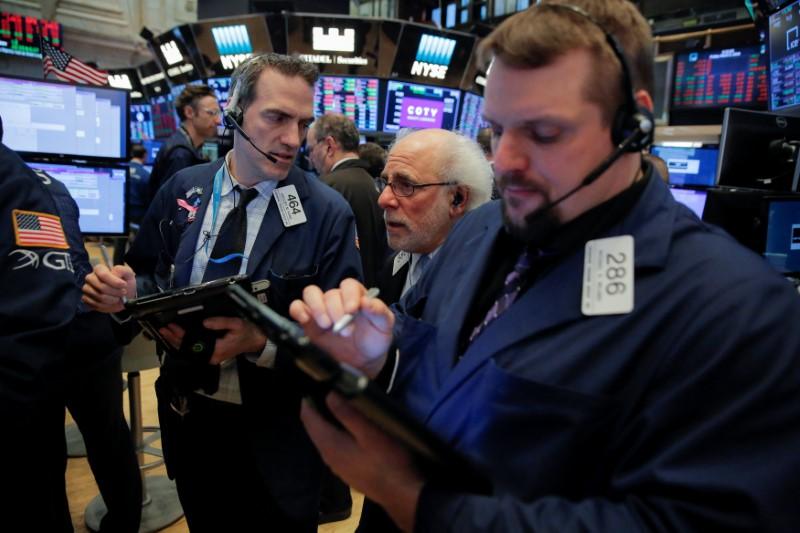 (Reuters) – S&P 500 and Dow Jones Industrials futures pointed to a lower opening for Wall Street on Monday, tracking broad losses on world markets due to worries over Italy and concerns that President Donald Trump has launched a global trade war.

The S&P 500 ended another rocky week on an upbeat note on Friday, but major indexes still posted their worst week of losses since early February after Trump promised tariffs on aluminum and steel and talked bullishly about“winning” a trade war economists say could decimate growth.

World stocks and emerging markets fell for the fifth straight day on Monday, with investors worrying that Italian voters flocking to anti-establishment and far-right groups in record numbers as they delivered a hung parliament.

Investors dumped stocks in favor of traditional safe havens including gold and the Japanese yen, with gold touching a near one-week high on Monday.

On a thin day for economic data, a U.S. non-manufacturing activity index report, scheduled to be released by the Institute of Supply Management, is slated for 10 a.m. ET.

Shares in chipmaker Qualcomm (QCOM.O) dipped 3.5 percent after the Committee on Foreign Investment in the United States (CFIUS) ordered the chipmaker to postpone an annual shareholder meeting, giving it more time to resist efforts by Broadcom Ltd (AVGO.O) to force through a $117 billion merger.

Reporting by Ankur Banerjee in Bengaluru; editing by Patrick Graham