NEW YORK (Reuters) – The S&P 500 rose to its highest in more than five months and the Dow climbed for a fifth session on Wednesday as solid earnings boosted financial and industrial stocks and reinforced expectations for a strong second-quarter reporting season.

Although it is still early in the reporting period, estimates for the U.S. earnings season are improving as more companies release results.

S&P 500 earnings are now expected to have increased 21.4 percent in the second quarter, up from an estimate of 20.7 percent on July 1. Of the 48 companies in the index that have reported so far, 87.5 percent posted earnings above analyst expectations.

“We’ve been having this very nice rally,” said Wayne Kaufman, chief market analyst at Phoenix Financial Services in New York. “The reason for that is earnings and valuations.”

“I think the market would be a lot higher right now if it wasn’t for people worried about trade,” Kaufman said.

Federal Reserve Chairman Jerome Powell, questioned by members of a House of Representatives committee, repeated on Wednesday that rising world protectionism would over time pose a risk to a U.S. and global expansion that appears largely on track to continue. 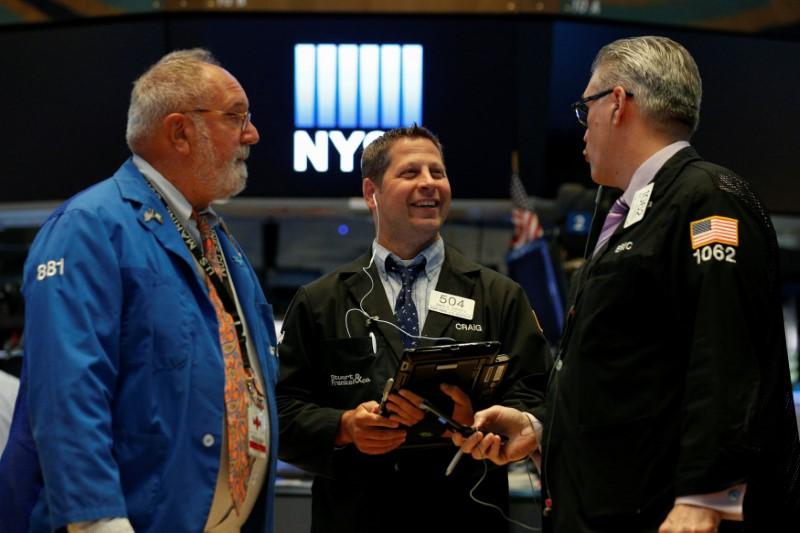 Data showed the U.S. housing market continues to be an economic soft spot. Housing starts fell 12.3 percent in June to a nine-month low as homebuilders struggled with higher lumber prices and persistent land and labor shortages.

Berkshire Hathaway (BRKb.N) led the financial sector higher, rising 5.3 percent on news that the company eliminated a restriction on its ability to buy back its own stock.

Advancing issues outnumbered declining ones on the NYSE by a 1.21-to-1 ratio; on Nasdaq, a 1.18-to-1 ratio favored advancers.

Volume on U.S. exchanges was 6.0 billion shares, compared to the 6.48 billion average over the last 20 trading days.