The benchmark S&P 500 crossed 3,000 for the first time since March 5, but came off session highs after White House adviser Larry Kudlow said President Donald Trump was “so miffed with China on virus and other matters that the trade deal is not as important to him as it once was.”

Still, all 11 S&P sector indexes were higher, with cyclical financials .SPSY up 5.7% and industrials .SPLRCI rising 4.7%.

The S&P 500 .SPX has risen about 37% from its March lows on central bank and government stimulus at a time when the U.S. economy is seeing its biggest job losses since the Great Depression of the 1930s. It is now about 11% below its February record high.

On Monday, California, which has had one of the country’s most restrictive shutdowns, said it would allow retail businesses to offer in-store shopping and places of worship to reopen.

“There’s more optimism about the vaccines and all the 50 states have reopened to various degrees,” leading to optimism that the U.S. economy would improve, said John Praveen, portfolio manager at QMA, a PGIM company.

Data showed U.S. consumer confidence nudged up in May, adding to hopes that the worst of the economic impact of the shutdown is in the past.

Traders wearing masks watch as the Opening Bell rings, on the first day of in-person trading since the closure during the outbreak of the coronavirus disease (COVID-19) on the floor at the New York Stock Exchange (NYSE) in New York, U.S., May 26, 2020. REUTERS/Brendan McDermid

With macroeconomic data pointing at a deep recession, analysts warned that financial markets could be betting on too fast a recovery.

“The impact on the economy and corporate earnings will be seen for several quarters, (and) I’m not sure if it has been completely baked into the equity prices,” Robert Wyrick, chief investment officer at Post Oak Private Wealth Advisors in Houston, told the Reuters Global Markets Forum. 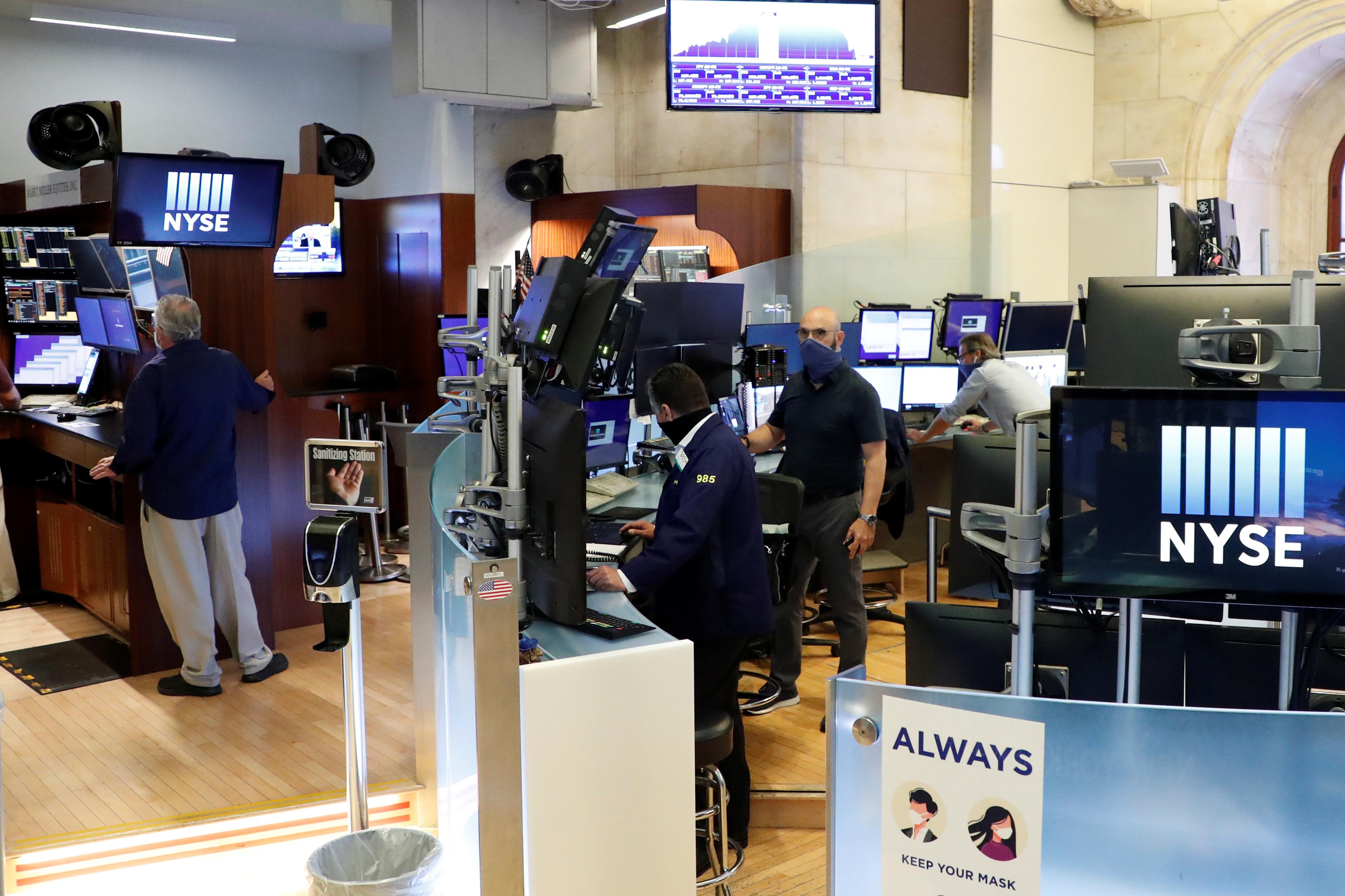 Beaten-down travel-related stocks soared, with the S&P 1500 airlines index .SPCOMAIR up about 13.4%. Cruise operators including Carnival Corp (CCL.N) were more than 13.7%.

The New York Stock Exchange on Tuesday partially reopened its trading floors at the iconic 11 Wall Street building, which had been closed since March 23.

Advancing issues outnumbered declining ones on the NYSE by a 6.68-to-1 ratio; on Nasdaq, a 3.27-to-1 ratio favored advancers.

White House Dismisses Reports of Bounties, but Is Silent on Russia