NEW YORK (Reuters) – U.S. stocks rose slightly on Friday, putting the S&P 500 at its highest closing level in more than five months, as gains in industrials and other areas offset a drop in financials after results from three of the big banks mostly disappointed.

The industrial sector gained 0.6 percent, with Boeing Co, Caterpillar Inc and 3M Co all rose in the absence of any trade rhetoric overnight.

Investors were optimistic ahead of what is expected to be a strong second-quarter U.S. earnings season, although reports on Friday from three of the biggest Wall Street banks failed to enthuse.

“In spite of the disappointment from the financials, which have been and continue to be a laggard … there’s still relative strength,” said Michael James, managing director of equity trading at Wedbush Securities in Los Angeles.

Earnings “expectations are certainly elevated from where they were a month ago, but if companies do deliver in general, the market as a whole will continue to move higher,” he said.

Citigroup Inc slid 2.2 percent, the most among financials, after its revenue fell short of estimates due to lower debt underwriting. Wells Fargo & Co dipped 1.2 percent after its profit fell more than expected as lending slowed and costs rose.

The CBOE Volatility Index closed at its lowest level since June 15.

The S&P 500 posted its highest closing level since Feb. 1. The index is now just 2.5 percent from its Jan. 26 record closing high and up 4.8 percent for the year so far.

Netflix Inc sank 4.3 percent after Deutsche Bank warned the company could fall short of subscriber growth numbers when it reports results on Monday.

Johnson & Johnson dropped 1.4 percent after a jury ordered it to pay a record $4.69 billion to 22 women who alleged its talc-based products contain asbestos and caused them to develop ovarian cancer.

Advancing issues outnumbered declining ones on the NYSE by a 1.01-to-1 ratio; on Nasdaq, a 1.22-to-1 ratio favored decliners.

Trading volume was among the lowest of the year, with about 5.3 billion shares changing hands on U.S. exchanges. That compares with the 6.6 billion daily average for the past 20 trading days, according to Thomson Reuters data. 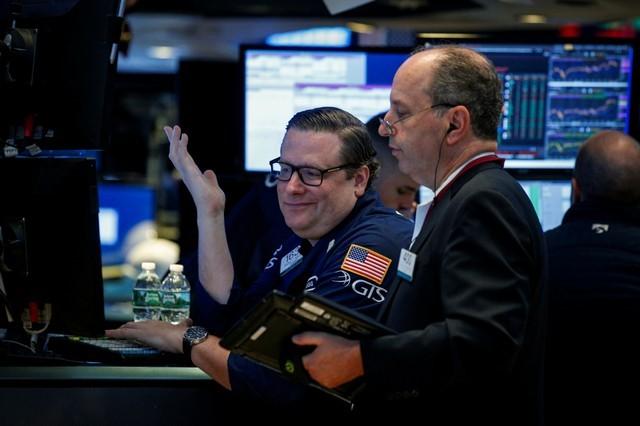