HARTBEESFONTEIN, South Africa (Reuters) – Herman Pretorius is just the kind of white South African farmer U.S. President Donald Trump expressed concern for when he barged into the country’s delicate land reform debate by ordering an investigation into the “large-scale killing of farmers”.

But for the greying, bespectacled 58-year-old, wading knee-deep through some 35,000 chickens at his isolated homestead in South Africa’s North West province, it’s the United States and its cheap poultry exports that are a threat.

“We cannot compare our chickens with theirs. The price difference will kill us,” said Pretorius, speaking with a gravelly voice in his native Afrikaans.

For years, the two countries have fought over poultry: Washington has kept South African poultry out on health and sanitation grounds while Pretoria accuses U.S. farmers of dumping chicken at below-cost prices and has imposed tariffs.

But in 2015, South Africa’s powerful poultry industry agreed to exclude 65,000 tonnes of U.S. chicken from the anti-dumping tariff – in return for the renewal of broader duty-free U.S. trade access that benefited other South African industries.

Now, as a consequence of his “America First” trade strategy, Trump’s decision to impose tariffs on steel and aluminum has reignited the poultry clash, threatening nearly $2 billion of South African exports to the United States under Washington’s flagship African trade legislation (AGOA).

South African poultry farmers say because U.S. aluminum tariffs apply to South Africa – even though aluminum should be exempt under the AGOA agreement – the 2015 chicken deal is void and it’s time to slap tariffs on U.S. poultry again.

After months of threats, the South African Poultry Association (SAPA) pulled the trigger last week and filed a lawsuit against its government, calling for the U.S. poultry tariff exclusion quota to be suspended.

In its quest to rebalance trade relationships, Trump’s administration is giving no quarter as it targets friend and foe alike, from the European Union to China. Coming on the heels of a row with Rwanda, the dispute with South Africa highlights how even the smallest trading partners are not being spared.

“We’re not the cause of anybody’s problems, and yet we’ve been affected,” South African Trade Minister Rob Davies told Reuters in July. “We’ve become collateral damage in a trade war that is not of our making.”

When Pretorius set up his first chicken coops 27 years ago, he said competition from foreign imports wasn’t an issue.

Now, he runs 14 industrial chicken houses that turn out more than half a million birds every few weeks. But in recent years he said his business has stagnated – and he blames cheap poultry imports for driving down prices.

“The damage got to a point where I wanted to expand my business … wanted to create jobs for our people. But the imports from overseas hurt me badly,” Pretorius said. “I want the South African government to increase the import tariffs.”

In the 20 years from 1995 to 2015, South Africa’s annual poultry consumption nearly tripled to more than 2 million tonnes. But local production has expanded at a slower rate than imports, which account for a quarter of consumption.

To protect local farmers, the poultry industry lobbied for protectionist measures and in 2000 the government imposed an anti-dumping tariff on U.S. “bone-in” poultry. The duty is currently fixed at 9.40 rand ($0.64) per kg.

“That just levels the playing field for our own producers versus their dumped product,” said SAPA’s Marthinus Stander.

South Africa argues that the U.S. industry is tailored to Americans’ preference for white, de-boned breast meat. Since U.S. producers can recover their costs with the sale of breast meat, SAPA says the thighs and drumsticks favored by South Africans can be exported at below cost.

“The anti-dumping duties imposed on U.S. poultry were based on a flawed legal theory … that has twice been held by WTO (World Trade Organization) panels to be inconsistent with international rules,” said James Sumner, president of the USA Poultry & Egg Export Council (USAPEEC).

FILE PHOTO: Chickens are seen at a poultry farm at Hartbeesfontein, a settlement near Klerksdorp, in the North West province, South Africa, August 15, 2018. REUTERS/Siphiwe Sibeko/File Photo

In 2015, U.S. authorities approached the South Africa and, using the threat of a withdrawal of South Africa’s AGOA benefits, pushed for a quota exempt from the tariff.

AGOA (African Growth and Opportunity Act) grants qualifying countries duty-free access to U.S. markets for thousands of goods and South Africa is among the main beneficiaries.

South Africa’s poultry industry agreed to the deal despite the fact its exports remain blocked from entering the U.S. market. It calculates the quota has cost about 6,500 jobs.

“It was for the good of the other industries. So we kind of put on a Team South Africa hat in terms of making the rest of the AGOA benefits possible,” said Stander, who is CEO of Country Bird Holdings Ltd – one of South Africa’s top poultry producers.

Last year, according to South African tax authority data compiled by SAPA, the United States exported more than 87,000 tonnes of poultry to South Africa, up more than 200 percent from 2016 and second only to Brazil’s 337,476 tonnes.

Trade Minister Davies said when the White House announced tariffs of 25 percent on steel and 10 percent on aluminum this year claiming imports threatened its national security, Pretoria sought an exclusion.

South Africa’s steel and aluminum exports to the United States last year were worth more than $650 million, according to South Africa’s Trade Law Centre.

But since they constituted just 1 percent of U.S. steel and a little over 1 percent of its aluminum, they represented no threat to the United States, South Africa argued.

“We were just told that we were out. We were not going to be considered for exemption. The tariff was going to apply to us,” Davies said.

Now that SAPA has filed a lawsuit to force a suspension of the poultry quota, the South African government finds itself in an awkward position. If the anti-dumping tariff is reapplied, South Africa risks retaliation from Washington which could have a more far-reaching impact on the economy as a whole.

The USAPEEC’s Sumner told Reuters his group would lobby the U.S. government to take action if the quota is revoked over the metal tariffs.

“It has absolutely nothing to do with poultry trade between the U.S. and South Africa,” Sumner said. “SAPA is trying to be opportunistic here and to increase trade frictions unnecessarily.”

South African meat importers also oppose any suspension of the quota. They say it would push up prices for consumers and could provoke Washington’s wrath.

“It’s quite possible the Trump administration would take South Africa on,” said David Wolpert, CEO of the Association of Meat Importers and Exporters of South Africa.

The form of any possible U.S. retaliation is unclear for now.

“We cannot speculate on what South Africa may or may not do with respect to its tariffs and non-tariff barriers,” a U.S. State Department official wrote in response to Reuters’ queries.

But analysts and South African officials worry the country’s AGOA benefits may be in danger, again.

Washington used the threat of a withdrawal of AGOA benefits to press Kenya, Uganda, and Tanzania to roll back tariffs last year on second-hand clothing from the United States. Rwanda refused and its AGOA benefits were curtailed in July.

A blanket suspension of South Africa’s AGOA status would hit the transportation equipment industry hardest. About 85 percent of its nearly $1.4 billion in exports to the United States were covered by AGOA last year.

Ultimately, with legal action pending, the South African government’s hands may be tied. And despite the broader economic implications, South Africa’s poultry industry is standing firm.

“We agreed something to benefit the South African industries. And that benefit has been taken away … We just want what’s fair,” SAPA’s Stander said. 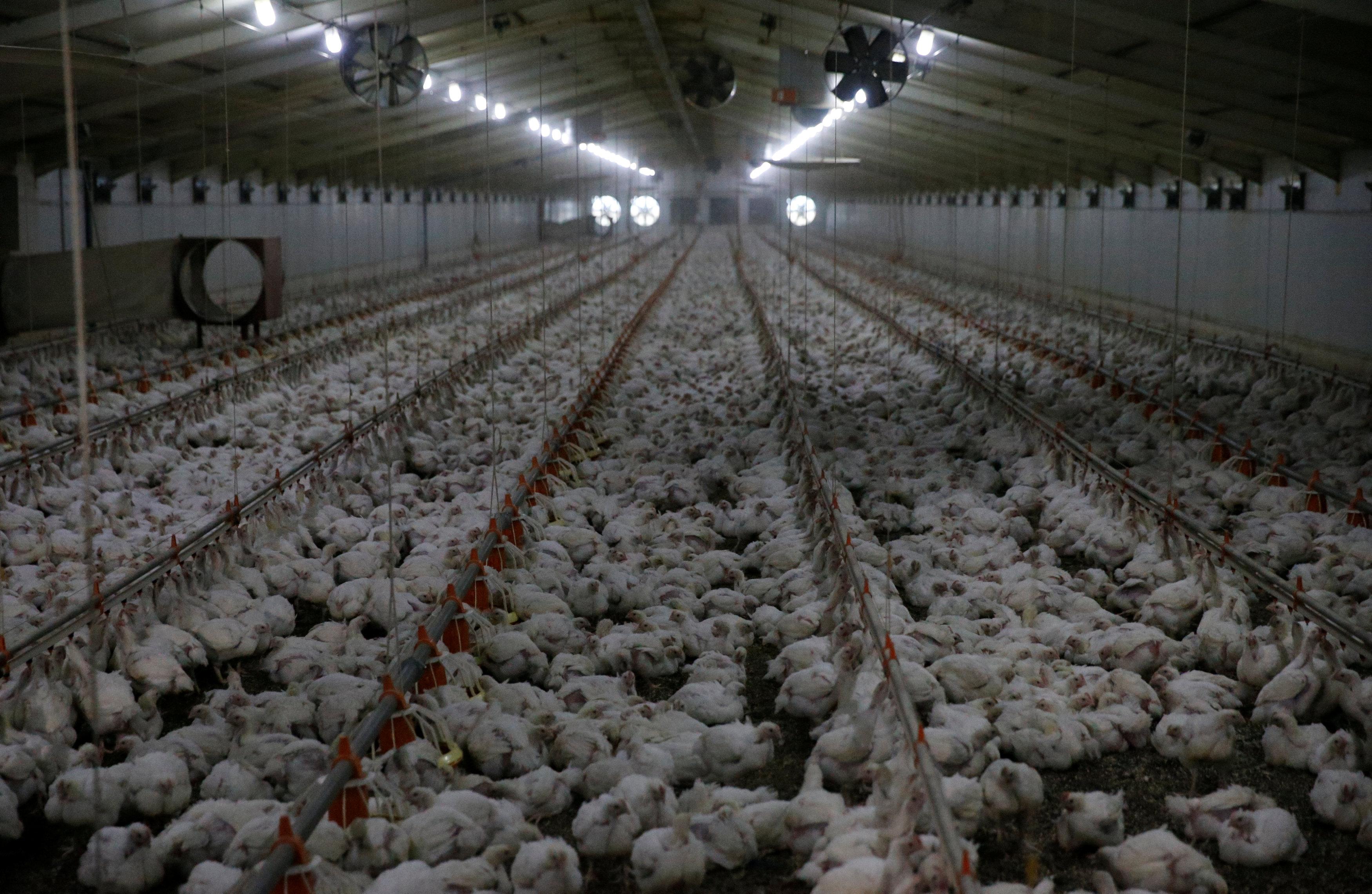