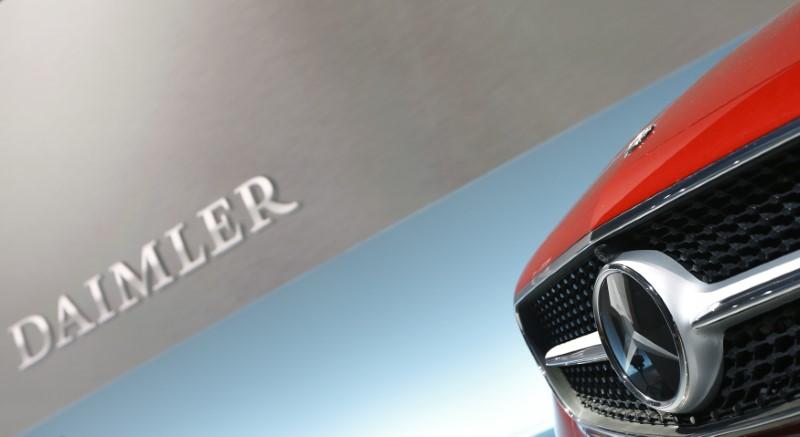 BERLIN (Reuters) – U.S. investigators probing Mercedes maker Daimler (DAIGn.DE) have found that its cars were equipped with software which may have help them to pass diesel emissions tests, a German newspaper reported on Sunday, citing confidential documents.

There has been growing scrutiny of diesel vehicles since Volkswagen (VOWG_p.DE) admitted in 2015 to installing secret software on 580,000 U.S. vehicles that allowed them to emit up to 40 times legally allowable emissions while meeting standards when tested by regulators.

Daimler, which faces ongoing investigations by U.S. and German authorities into excess diesel emissions, has said investigations could lead to significant penalties and recalls.

The Bild am Sonntag newspaper said that the documents showed that U.S. investigators had found several software functions that helped Daimler cars pass emissions tests, including one which switched off emissions cleaning after 26 km of driving.

Another function under scrutiny allowed the emissions cleaning system to recognize whether the car was being tested based on speed or acceleration patterns.

Bild am Sonntag also cited emails from Daimler engineers questioning whether these software functions were legal.

A Daimler spokesman declined to comment on the content of the documents, saying the German company was fully cooperating with the U.S. authorities and had agreed upon strict confidentiality with the Department of Justice.

“The authorities know the documents and no complaint has been filed,” the spokesman said. “The documents available to Bild have obviously selectively been released in order to harm Daimler and its 290,000 employees.”