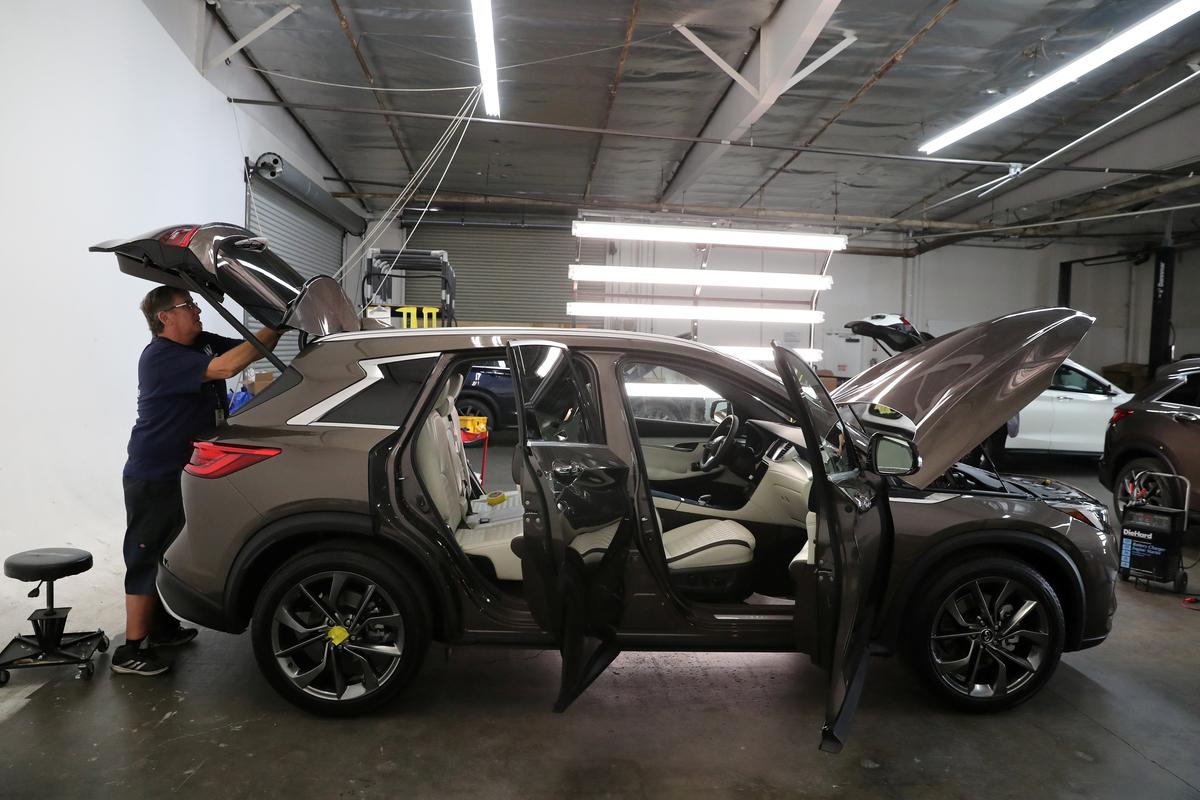 TOKYO (Reuters) – A second year of slowing growth in the U.S. auto market is forcing Japanese automakers to look beyond discounts to grow market share and focus more on boosting profitability in their largest market.

Global automakers have been battling for dominance in the world’s No. 2 market as annual sales continue to slide from a record high 17.55 million vehicles in 2016. Many have resorted to price cuts to boost market share in the growth segments for SUVs and pick-up trucks, while also shoring up sales in the struggling sedan segment.

The costs of U.S. discounting has cut into operating profits at most Japanese automakers, including Toyota Motor Corp (7203.T), and Mazda Motor Corp (7261.T), where North American earnings are poised to fall for the third straight year this year. Nissan Motor Co’s (7201.T) profits in the region are on track to fall for the second consecutive year.

In an interview earlier this month, Nissan CEO Hiroto Saikawa said that the days of its high incentives would end once the automaker unloads inventories of 2017 models by the end of the financial year in March, as big discounts were unsustainable in a market where growth had stalled.

“Competition for sales will be difficult in this environment, and improving the quality of sales will be important. We can’t compete only with incentives. We need to raise our marketing and brand value,” he told Reuters.

After focusing on growing U.S. sales aggressively since 2011, Nissan is putting the brakes on that strategy, though it is looking to grow strongly in China.

While Nissan’s U.S. growth strategy boosted its market share to around 9.2 percent at the end of 2017, up from around 7.8 percent in 2010, it has also raised its marketing expenses to levels which are among the highest in the industry.

Figures from data and analytics company J.D. Power show that in 2017, Nissan offered incentives averaging 16.7 percent of the price of each vehicle sold – higher than an industry average around 10.6 percent.

Nissan says that overproduction of its struggling Altima sedan before the release of the new 2018 model had led to a ramp-up in discounts, while it also cut prices on its Rogue line of SUV crossovers to gain market share in the popular segment.

Incentives are a key part of vehicle sales as they attract new business while also rewarding brand-loyal customers, but market experts say that incentive levels above 10 percent are a cause for concern, as that can lower the residual value of vehicles.

Mazda, one of Japan’s smaller automakers, increased its spending on marketing promotion per car by 31 percent last year, and acknowledged that spending to increase sales can only go so far.

While automakers flag the need for more discipline on discounts, industry experts are skeptical as to whether they can keep spending in check as an expected 2.3 percent slide in annual sales to around 16.8 million vehicles this year will likely keep the race for market share fierce. Sales dropped 1.5 percent to 17.2 million in 2017.

“With the pie getting smaller, you’ll probably see incentives continuing on the most profitable vehicles as well as where automakers do not want to lose their market share,” said Brad Korner, general manager of Cox Automotive Rates and Incentives.

“As long as the other big volume players in incentives, like Ford, FCA, Hyundai, maintain their discounting, I don’t think that Nissan (and the others are) going to let up any.”

Additional reporting by Nick Carey in DetroitEditing by Martin Howell