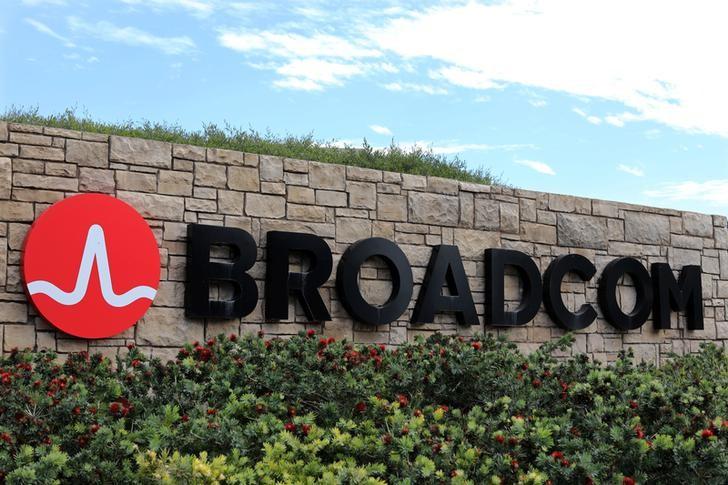 A sign to the campus offices of chip maker Broadcom Ltd, is shown in Irvine, California, U.S., November 6, 2017. REUTERS/Mike Blake

Broadcom’s $117 billion offer to buy California-based Qualcomm is being reviewed by the Committee on Foreign Investment in the United States (CFIUS) for potential national security threats.

Broadcom said such security concerns were not a risk to the closure of the proposed buyout as it never planned to finish the deal before completing moving its official base to the United States.

Broadcom is incorporated in Singapore and co-headquartered there and in San Jose, California.

Broadcom said last week that CFIUS has ordered the company to provide it with five business days’ notice before taking any action toward moving base to the United States.

The requirement showed that CFIUS, an inter-agency panel led by the U.S. Treasury, was aware that its jurisdiction could be contested if Broadcom redomiciles to the United States.

CFIUS had delayed Qualcomm’s annual meeting by a month to April 5. In that meeting, shareholders will also vote for Broadcom’s slate of six nominees for Qualcomm’s 11-member board.

Since disclosing its first bid, worth $103 billion, for Qualcomm on Nov. 6, Broadcom has revised its bid twice, but is yet to strike a deal.

Days before the first bid in November, U.S. President Donald Trump said Broadcom planned to redomicile to the United States from Singapore.

(This version of the story corrects to show Broadcom is co-headquartered in Singapore and San Jose, not Irvine in paragraph four)

Reporting by Supantha Mukherjee in Bengaluru; Editing by Arun Koyyur and Savio D’Souza