The nonpartisan Congressional Budget Office (CBO) said the cost of the shutdown will make the U.S. economy 0.02 percent smaller than expected in 2019. More significant effects will be felt by individual businesses and workers, particularly those who went without pay.

Overall, the U.S. economy lost about $11 billion during the five-week period, CBO said. However, CBO expects $8 billion to be recovered as the government reopens and employees receive back pay.

The longest shutdown in U.S. history ended on Friday when Trump and Congress agreed to temporary government funding – without money for his wall – as the effects of the shutdown intensified across the country.

Republican Trump had demanded that legislation to fund the government contain $5.7 billion for his long-promised wall along the U.S.-Mexico border. He says it is necessary to stop illegal immigration, human trafficking and drug smuggling, while Democrats call it costly, inefficient and immoral.

A committee of lawmakers from both major parties hold their first open meeting on Wednesday as they try to negotiate a compromise on border security before the Feb. 15 deadline.

The CBO estimated the shutdown reduced gross domestic product in the last quarter of 2018 by $3 billion.

It said that in the first quarter of 2019, the level of real GDP is estimated to be $8 billion lower than it would have been, citing “an effect reflecting both the five-week partial shutdown and the resumption in economic activity once funding resumed.”

Trump said he would be willing to shut down the government again if lawmakers do not reach a deal he finds acceptable on border security. On Sunday, he expressed skepticism such an deal could be made, putting the odds at 50-50.

Trump has also said he might declare a national emergency to get money for the border wall. Democrats would likely challenge that in court.

The CBO report serves as a stark warning to Trump against another shutdown, Democratic lawmakers said.

“Families across the nation are still trying to recover from a month of missing paychecks and overdue bills, but the President is already threatening a second shutdown if he doesn’t get his way,” House Speaker Nancy Pelosi said.

Most employees should be paid by Thursday for back pay, which one study estimated at $6 billion for all those furloughed. Contractors and businesses that relied on federal workers’ business, however, face huge losses, although some lawmakers are pushing legislation to pay contractors back as well. 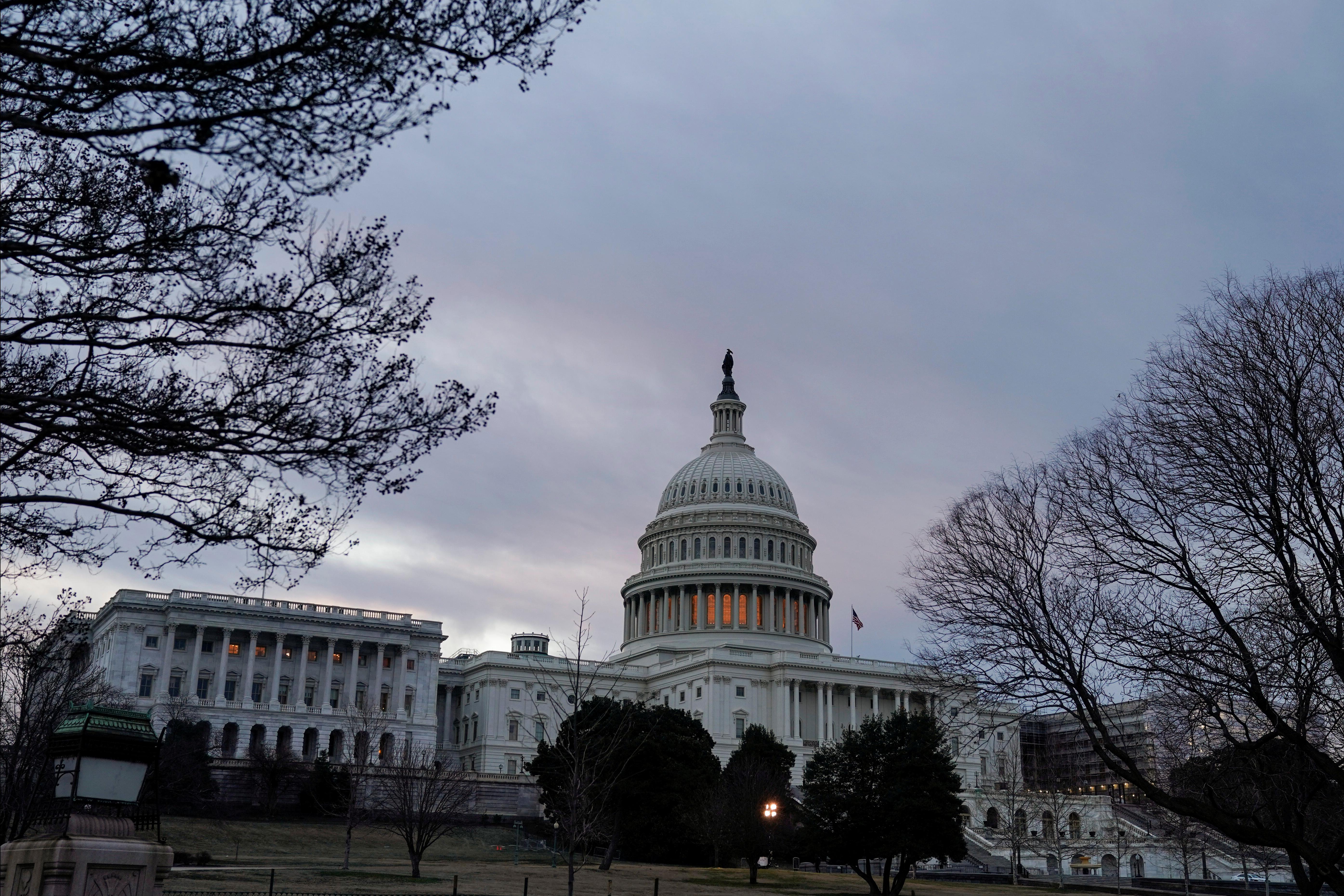 Federal workers poured off of commuter buses and subway escalators on a block of downtown Washington on Monday. Federal Communications Commission chairman Ajit Pai greeted employees in the lobby, while the Securities and Exchange Commission offered doughnuts, fruit and coffee.

“I’m ready to go. I’m rested and I’m ready. I’m energized,” Gary Hardy, a manager in the Employee Assistance Program at the Department of Homeland Security.

The National Highway Traffic Safety Administration was reviewing five weeks of auto safety recalls that had been submitted by automakers, but has not yet begun posting them publicly. The Federal Aviation Administration said it would assess and prioritize immediate post-shutdown needs.