DALLAS (Reuters) – Larry Lopata and some friends were sitting around the campfire on a hunting trip when they came up with an idea for a new firearms product: an adjustable-length trigger, so people with different sized hands can comfortably share the same gun.

The four business partners put $150,000 into development until last December when they were ready to seek more funds from investors. Crowdfunding sites such as Kickstarter and Indiegogo would have been perfect, but they prohibit users from raising money for weapons projects.

So Lopata created his own, gun-friendly crowdfunding site, GunDynamics.com, which launched last month.

While much of corporate America has turned its back on firearms-related business following mass shootings such as the Feb. 14 massacre at a high school in Parkland, Florida, that killed 17 people, pro-gun entrepreneurs are creating their own start-ups to fill the void.

“Parkland really brought out this open warfare against the gun community,” Lopata said.

Others who make their living in the firearms world have felt unwelcome on sites such as YouTube and PayPal and are also constructing online businesses to cater to gun-lovers. Some are promoting their self-reliance at the National Rifle Association annual meeting in Dallas this weekend.

The only other product on GunDyanmics.com, a device to reduce “muzzle climb,” when a gun barrel rises upon recoil, has won pledges of $7,850 toward a goal of $100,000. One prospective entrepreneur wants to develop the assault rifle of the future for the U.S. military, while another wants to create a new concealed-carry vest for women, Lopata said. 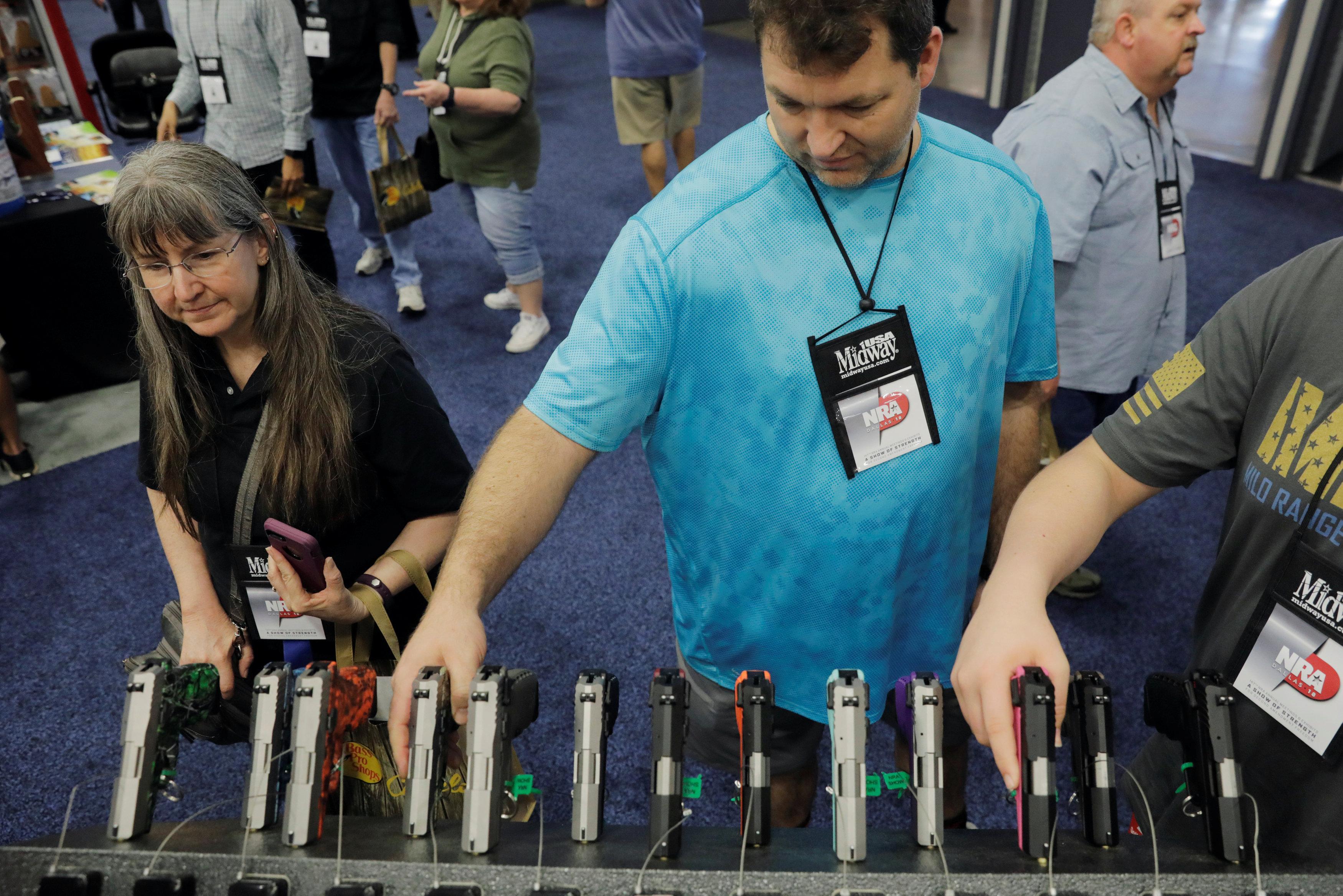 Kickstarter and Indiegogo declined to comment beyond referring to their published policies, which prohibit crowd-funding projects involving weapons, replica weapons and weapon accessories.

After the Parkland massacre, a number of major U.S. companies sought to disassociate themselves from the firearms industry. While the Second Amendment of the U.S. Constitution guarantees that the right to keep and bear arms shall not be infringed by the government, private businesses are free to turn away from guns, and many have.

Bank of America Corp (BAC.N) said it would no longer lend to companies that make military-style firearms for civilians.

Tim Harmsen, star of the Military Arms Channel on YouTube and a celebrity at the NRA meeting, said he saw the backlash coming and prepared by creating his own “YouTube” for guns, called Full30.com – a reference to a full 30-round magazine.

Full30 has taken on content providers that have been kicked off YouTube, which prohibits the sale of firearms or the provision of instructions on how to make guns or accessories such as high-capacity magazines or silencers.

Many gun channels such as Military Arms attract large numbers of viewers. Military Arms has more than 700,000 subscribers, but Harmsen said his revenues have dwindled. Like others who have used YouTube to monetize all kinds of content, gun channels have been affected by last year’s “Adpocalypse,” when major marketers pulled ads from YouTube after some had been unwittingly linked to offensive videos.

No longer able to make money on YouTube, Harmsen said he had to build an alternate site, which he called a “lifeboat.”

“We knew that if they kicked us off that platform we would have no place to go. Our families would starve,” Harmsen said.

YouTube declined to comment beyond referring to its published policies and a statement in March from a spokesman who said the company routinely updates and adjusts its enforcement guidelines across all its policies.

While YouTube has long banned the sale of firearms, the spokesman said, it recently notified creators of updates it was making around content promoting the sale of guns and accessories specifically including ammunition and modified gun parts.

Stephen Bozich, another firearms entrepreneur, said he was pushed by a big company into creating a start-up.

He wanted to use PayPal to sell unfinished guns, those that are less than 80 percent complete and thus not subject to U.S. government regulation. But PayPal, which bars users from buying or selling firearms or firearms parts, rejected Bozich last year, he said, leading him to recently start BareArms.com, a site dedicated to selling unfinished guns.

“A lot of the actions by other companies against those who are even marginally attached to the gun industry have created some obstacles and barriers to us,” Bozich said. “But as a former soldier, I live by the creed of adapt and overcome.”