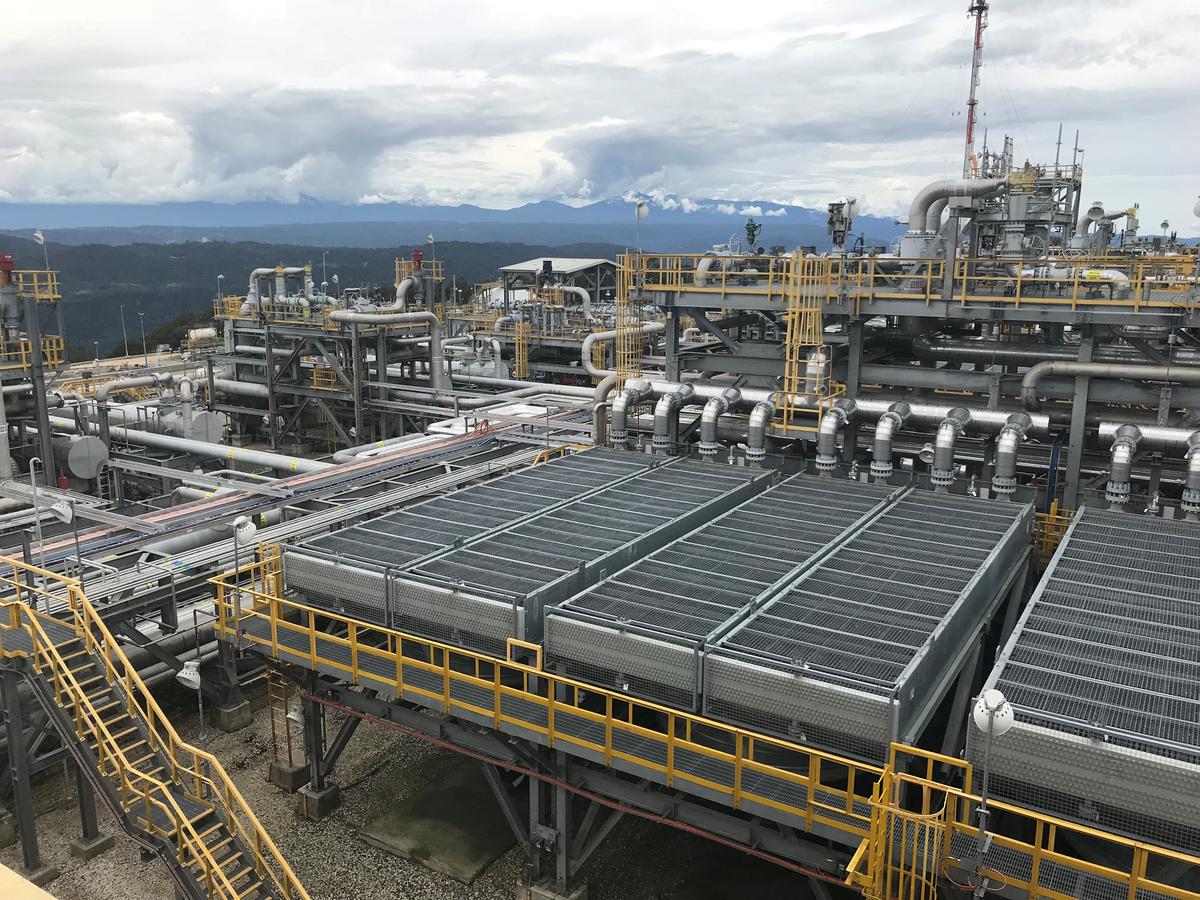 SYDNEY/SINGAPORE (Reuters) – A deadly earthquake that struck ExxonMobil’s $19 billion gas project in the mountains of Papua New Guinea is sparking a backlash against the U.S. energy giant that could prove harder to fix than buried roads and broken pipes.

Some spooked locals blame Exxon (XOM.N) and its project partners of causing, or at least magnifying, the 7.5 magnitude quake on Feb. 26 and a series of intense aftershocks that continue to pound the impoverished and isolated region.

While firmly denied by Exxon and debunked by geologists, the accusations suggest that the project known as PNG LNG, one of the most successful liquefied natural gas (LNG) developments in the world, is sorely lacking goodwill from at least parts of the local population.

The concerns about the project – the country’s biggest revenue earner – are even being expressed at senior levels in the Papua New Guinea government.

PNG’s Vice Minister for Petroleum and Energy, Manasseh Makiba, told Reuters in a phone interview there should be an inquiry to respond to local concerns that mother nature had reacted after the ground was disturbed by drilling.

“It could be man-made but that cannot be confirmed until a proper scientific inquiry can be done,” said Makiba, who represents parts of the quake-hit area. “We need to resolve that.”

PNG’s Minister for Finance James Marape has also demanded answers from the company.

“In a world of science and knowledge, I now demand answer(s) from Exxon and my own government as to the cause of this unusual trend in my Hela,” wrote Marape on his private feed on Facebook, referring to the quake-struck province.

He is among many who have lit up social media in PNG, with blogs and Facebook posts pointing the finger at the oil and gas sector’s alleged contribution to the disaster.

Around Exxon’s operation, communities remain fearful as the death toll climbs, with 18 more killed by a 6.7 magnitude aftershock on Wednesday.

Chris McKee, acting director of the Geohazards Management Division in Port Moresby, said there was no link between the project and seismic activity, which has included more than 120 quakes of magnitude 4.5 and greater in the week after the initial hit.

“Earthquake activity has been going on much longer than the oil and gas industry presence in the region – there is no connection at all,” McKee said.

Scientific evidence strongly suggests the earthquake was “naturally occurring and consistent with prior events”, an Exxon spokeswoman said in a statement.

Led by Exxon, with a one-third stake, and its Australian partners Oil Search (OSH.AX) and Santos (STO.AX), PNG LNG could be shut for months as it inspects pipelines, the processing plant and the gas field for damage.

Exxon said it was giving $1 million to assist communities affected by the earthquake and was providing on-the-ground support to relief agencies so that resources could reach areas in greatest need.

“Logistics remains a challenge with roads cut and communication with remote communities difficult,” a company spokeswoman said. “We are continuing to provide logistics and human resources to help aid agencies to deliver support to our communities for the long term as they recover from this event.”

Oil Search Managing Director Peter Botten said he had not witnessed any local animosity toward the LNG project. Oil Search was constantly balancing the need for relief aid and keeping the community-sustaining business going when allocating post-quake resources, he said.

“There’s a lot of concern the gods have been offended and specifically this is about education, and what earthquakes are about,” Botten told Reuters in a phone interview from PNG’s capital Port Moresby. “This is a communication issue.”

Most of the nations 8 million inhabitants live in remote communities where traditional beliefs remain strongly held.

“It’s not just a localized thing or an ignorant thing. People are wondering what might be the contributing factor of oil and gas extraction,” said Namorong, referring to the quake.

Exxon said at the time it had closed the Tumbi quarry five months before the landslide.

“Tumbi was a tragic event that had its own unique set of circumstances,” Exxon told Reuters in an email, without elaborating.

Concerns flared again last year when the oil major had to evacuate staff due to unrest in Hela province, where the project’s Hides Gas processing unit is located.

The trouble was linked to national elections and disputes over royalties from the PNG LNG project, which generates around $3 billion in sales per year at current LNG prices LNG-AS.

The earthquake forced a closure of the Hides Gas processing facility which feeds a 700-km (435 miles) pipeline snaking through the jungle to the LNG plant and export terminal near Port Moresby.

“PNG LNG had reportedly been running at a very healthy 20 percent above nameplate capacity… There will be some hit to the PNG industry,” said Readul Islam, research analyst at consultancy Rystad Energy.

If repairs take long, the quakes could even delay plans with France’s Total to double output to around 16 million tonnes per annum at an estimated cost of $13 billion.

The companies plan to add three new LNG units, or trains, with two underpinned by gas from the Elk-Antelope fields, run by Total, and one underpinned by existing fields and a new Exxon-run field.

Repairs have been complicated by landslides blocking roads and the closure of the Komo airfield, which is the main lifeline of the region to the outside world.

Oil Search’s Botten said, importantly, the integrity of the gas facilities had been maintained and there were no leaks.

Still, the aftershocks have kept the local population on edge.

“The people are terrified,” said Australian Sally Lloyd, from near the quake zone in Mount Hagen. “They think the world is coming to an end.”

Reporting by Jonathan Barrett in SYDNEY and Henning Gloystein in SINGAPORE; additional reporting by Gary McWilliams in HOUSTON and Tom Westbrook in SYDNEY; Editing by Lincoln Feast